2015 has been a great year for cinema! From the small budget heavyweights of Ex Machina and Sicario, to the mega blockbusters of Star Wars: The Force Awakens and The Martian.

While there have been some fantastic films this year, there has also been some monumental failures, so for every Mad Max: Fury Road there was a Terminator: Genisys.

We’ve put together our list of films that have left a stain on the cinematic landscape of 2015. Let us know in the comments if you agree, or any films that we have missed off the list.

So without further delay, we are proud to present the X-Geeks Top 10 Worst Films of 2015!

This film is about two things, high fiving fans of the TV show and shouting “Hey remember us!” and celebrity cameos.
Despite the TV show ending over 4 years ago, the boys are back for one last hurrah and we really wish they had just stayed away. Entourage is a nostalgia film packed full of the TV show’s misogyny and bro culture antics from the original ensemble of dislikeable characters.
While the films plot was shaky at best, the film was basically one big cameo-fest.
Some of the names to pop up in the film were Jessica Alba, Jon Favreua, Liam Neeson, Ronda Rousey, Geroge Takei, Mike Tyson and Piers Morgan. You felt like you needed a score card to tick off all the famous faces you could spot, the film should have been called Entourage: Celebrity Bingo.

The franchise limps on, but this time you get to see the awful CGI ghosts and that just makes it even worse!
The film tries to carry on the ever-confusing multi-film spanning story-arc of witches, ghosts and creepy kids, but all it does is continue to spiral out of control and further confuse and lose the interest of the audience.
The producers have tried to engage the audience more this time around, so rather than just staring at empty frames for minutes at a time, trying to spot the vague glimpse of movement, they have gone for the in your face approach.
Even die-hard fans of the series are probably now at the Saw 3D stage where it’s time to say enough is enough. 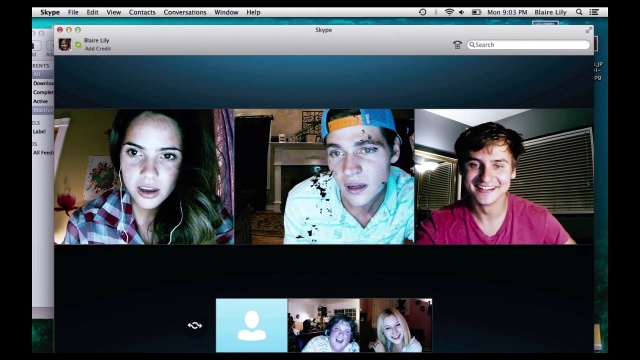 This tween-horror tries to mix the found footage genre with social media and cyber bullying. Shot in real-time, the potential of this film was never reached, and what followed after a steady first act was a film packed full of clichés and jump scares that stuttered as much as the connection on the characters computer screens.
In the final act the film goes off the rails and hits the predictable button hard one time too many.
The films characters are one dimensional and tedious, you are actually wanting them to get bumped off!
The poorly acted characters are reflective of the overall writing which at times made this film a chore to watch.
Unfriended tries too hard to be a modern cautionary tale of the dangers of the internet and by the predictable end of the film you just want to hit the off button.

Andy & Lana Wachowski complete the “How to Waste Millions Making WTF Sci-Fi” trilogy with a film worthy of following on from Speed Racer and Cloud Atlas.
The plot of the film revolves around squabbling space siblings and a reincarnated version of their mother (Mila Kunis). This housekeeping immigrant finds out she has claim to the earth and has to prevent the whiny siblings from harvesting the population to make us all in to a fountain of youth like substance. Add in to the mix a wolf-human hybrid on space skates (Channing Tatum) and a space police agency that has no actual control or power and you end up with the confusing mess that is Jupiter Ascending.
The film is brave, bold and out there…it just lacks ALL execution, direction and a basic plot that you can follow.
For all his achievements this year, man of the moment Eddie Redmayne delivers one of the most over-the-top and cringe worthy performances you will ever see. Tone it down Eddie!
The film does have one major surprise, Sean Bean is in it and doesn’t get killed. We did say it was bold!

The buddy-comedy genre is tried and tested, so when comedy heavyweights Will Ferrell and Kevin Hart teamed up, the film was destined to be nothing but comedy gold! That was the plan anyway.
What we actually ended up with was an unfunny and offensive film that was steeped in homophobia and a sense that you had seen this film a million times before.
The film fails on so many levels there are too many to mention.
The plot lacks any coherent direction and at time it felt like all the dialogue was ad-libbed which hurt the overall story (if you can call it that).
A film can be vulgar yet funny, Get Hard is just vulgar and you are left looking at the screen with a confused expression on your face wishing you had picked to see a different film.

Johnny Depp continued his current form of picking any film that will pay him enough money in the heist-comedy caper Mordecai….a film that lacks any real comedy.
This film is packed full of groan-worthy moments such as the unfunny ongoing gag about Depp’s moustache and character names like Jock Strapp (No, really).
It’s not only Depp who puts in an “I’m doing this for a paycheck” performance. His co-stars are just as guilty, with Ewan McGregor, Gwyneth Paltrow and Paul Bettany adding nothing to proceedings.
The film felt longer than it was and with poor pacing and too much reliance on misused whimsy, Mordecai will be quickly forgotten.
The main downfall of the film is that it lacked wit and charm (which is what the film is trying to sell you). 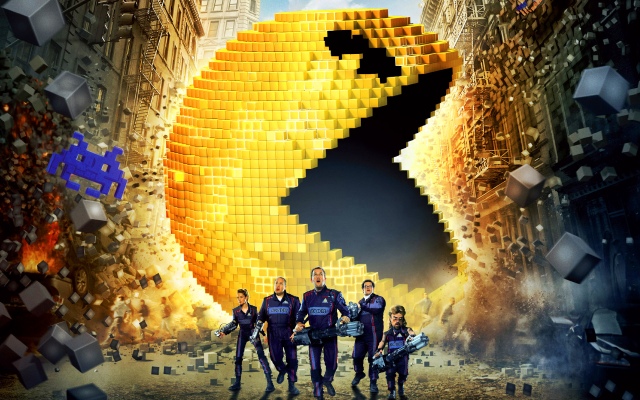 The film is sold to you as The Lego Movie meets Independence Day meets Ghostbusters!
What you get is just another typical Adam Sandler film lacking humour and story and is as far away from the films mentioned as possible.
The film tries to fill the void of bad acting and plot with retro video game nostalgia and impressive special effects, but even that cannot save the film from its predictable conclusion.
The action sequences are directed with no creativity and the character development is non-existent.
The film’s biggest fault is that it is aimed at children and contains 80’s game characters and references intended for an adult audience. What you are left with is two different identities trying to grab two different audiences and neither is achieved.
The film is a mess from start to finish and the juvenile humour makes the film a painful watch.

The most unnecessary sequel ever? Possibly.
The foul mouthed bear is back with the same jokes and tedious spots that we got the first time around.
The jokes are hit and miss at the best of times and they have just recycled the plot beats from the first film to the same disastrous effect.
Despite how bad this film is, it managed to make almost four times its budget, which goes to show Seth Macfarlane can write the perfect film for teenage boys with nothing better to do than go watch this tripe.
The film is packed full of the same backfiring Macfarlane jokes that he’s been using on the last five seasons of, the now very tired, Family Guy. 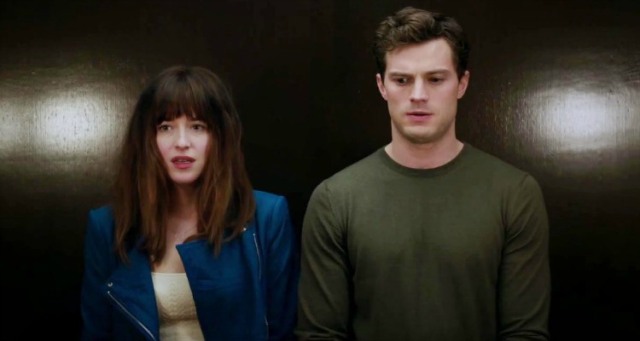 A film that managed to gross a ridiculous amount of money, given how boring and awful it was, is an impressive achievement when you think about it.
This had to be one of the most uncomfortable films ever to watch, and that’s not down to how raunchy it was (or wasn’t), but down to the awful acting, the dreadful pacing and the dull script.
The worst thing about this film is that it has made so much money that the world is going to be exposed to two sequels in 2017 and 2018. A benefit to that is we can already pencil in space for these to appear on future worst film lists!
As with the book, this film was all about the hype and hysteria but in the end delivered nothing other than a really bad film.

And so to our number one worst film of the year…

Where to start with the second attempt at a Fantastic Four franchise?
We could start with the dreadful acting, the awful plot, random character designs or massively misused special effects.
Fox’s attempts in the mid noughties were not the greatest of films, but at least they had some of the charm and fun of the comics.
Even before the film’s release, director Josh Trank tried to distance himself from the final version of the film with claims of too much studio interference changing the final product. Whether that was to protect himself from the critical and fan panning the film was going to receive is up for debate.
Going in to filming, Fox were so confident of the film’s success that a sequel was already scheduled in for release in 2017 (Thankfully this has now been shelved).
There seems to be a snobby perception that “people will go and see anything with Marvel in front of it”….well thanks to Fantastic Four we now know that is not the case!
The film was a flop with critics, fans and at the box office and that criticism is deserved, this was the perfect example of how NOT to make a superhero film. In fact it was a prime example of how not to make a film full stop.
The best thing Fox can do is sell the rights back to Marvel Studios and let them sit on the project for a few years before putting out their own version.
To put it simply, there was nothing fantastic about this.

What are your worst films of 2015? Let us know in the comments below.