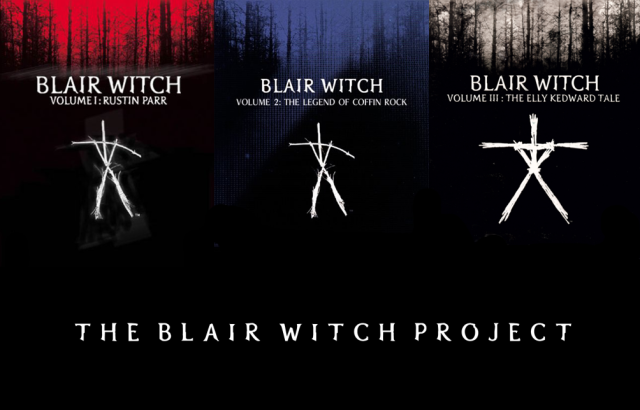 You may have heard about the movie, but did you know there was a series of games produced in 2000 that further explored the mythology of the Blair Witch?

This trilogy of psychological horror action-adventure games explored and expanded on the Blair Witch universe, spanning three different time periods. Each game is set at a different point in time that was key to the legend of the Blair Witch.

There are three volumes to the trilogy produced by three different developers. Rustin Parr (Terminal Reality), The Legend of Coffin Rock (Human Head) and The Elly Kedward Tale (Ritual Entertainment). 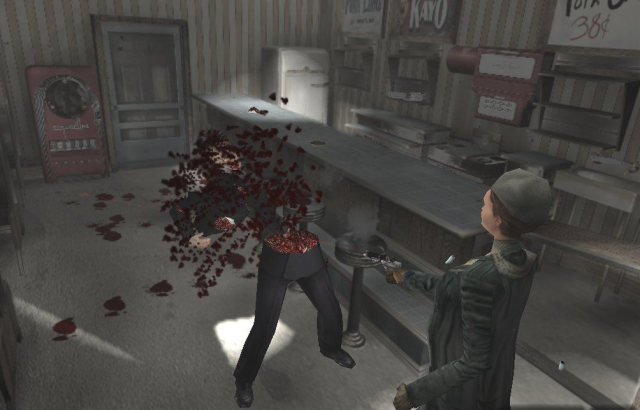 The first game (Rustin Parr) is set in the 1940’s and you take on the role of Elspeth “Doc” Holliday, a research scientist from a top-secret paranormal branch of the US government called Spookhouse. Elspeth and Spookhouse actually featured in the game Nocturne, and Rustin Parr is sort of an unofficial sequel that contains the same organisation and some of the characters. Elspeth was a minor character in that game.
She arrives in the small town of Burkittsville to investigate the abduction and murder of seven children by a local hermit called Rustin Parr. It is not long before Elspeth realises that the people of the town are hiding secrets and the woods surrounding the town are full of supernatural dangers. You also meet the only surviving child and get a better insight into the whole ‘facing the corner in the basement’ aspect, that was prominent at the end of the movie. 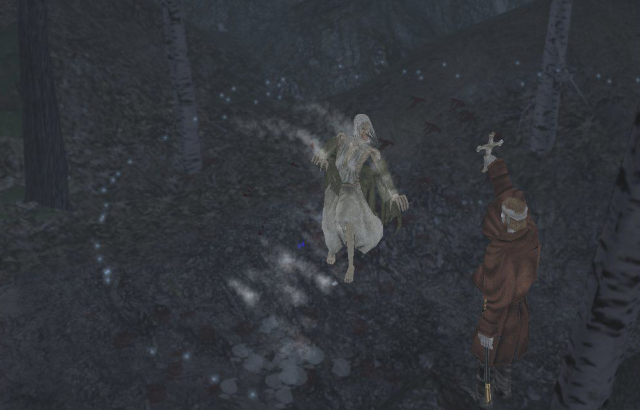 The second game, (Coffin Rock) jumps back to the time of the American Civil War, where you play a soldier searching for a missing girl, reportedly taken by the Blair Witch. Having suffered a near-fatal war wound, your character suffers from amnesia and hallucinations. Nicknamed Lazarus, you head into the woods to try and find the missing girl, fighting off the dangers lurking in the woods. It also focuses on a key event that was mentioned in the film, the mutilated bodies of a search party, looking for the missing girl, found at Coffin Rock. 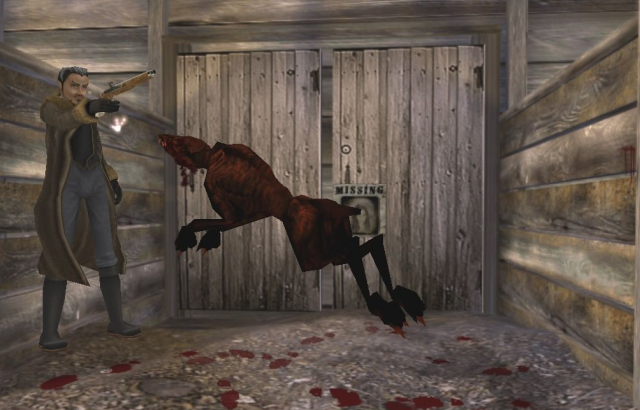 The third and final game (Elly Kedward) takes place at the beginning of the legend (1785). This volume is a completely original story and is the only game that is not based on anything directly mentioned in the movie. You play Jonathan Prye, a former priest turned witch-hunter that has been sent to the town of Blair to investigate reports of witchcraft. This game deals with the Blair Witch legend at its infancy and acts as an origin story. While the story is an original concept, the lore of the third game was mentioned and present in the previous two instalments.

Each game helps shed more light on the legend of the Blair Witch, and in the process produce an exciting and creative trilogy of games. The games expand and add so much to the universe that it’s a shame that more of the lore is not more common knowledge. The games include possession, Native American mysticism and different planes of existence. All of these things make up the legend of the Blair Witch, and helps create such a large world that goes beyond the movie about a ‘witch in the woods’. 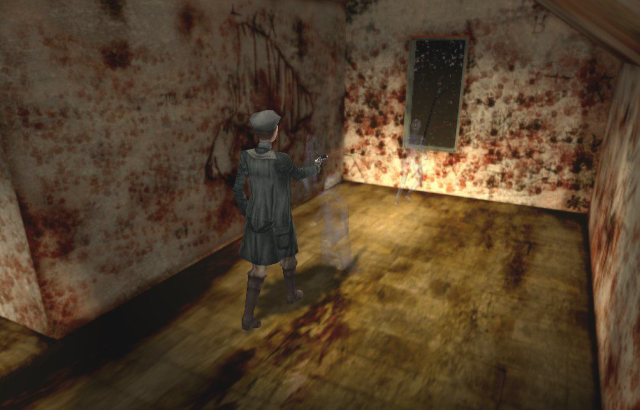 Out of the three games, Rustin Parr has to be the strongest in terms of the story. You can’t really separate them in terms of gameplay as the games use the same engine throughout. The first game had an air of Resident Evil meets Twin Peaks about it, which is why it was so enjoyable and terrifying to play. It was however nice to move away from the tech of the 1940s and have your weapons and equipment switched to more traditional and supernatural based items. Swapping the weapons and equipment, but keeping the same gameplay functions helped to keep the trilogy fresh but familiar with every instalment.

The games do have their issues though. Sometimes the control system was very clunky and made navigating the environment more of a challenge than it needed to be. The frustrating camera angles also hindered your progress in the game at times. When it came to escaping from certain events or enemies the camera would switch position, so if you were running away from something, you’d end up turning on the spot as the angle switched and sometimes ran towards the danger you were trying to escape! 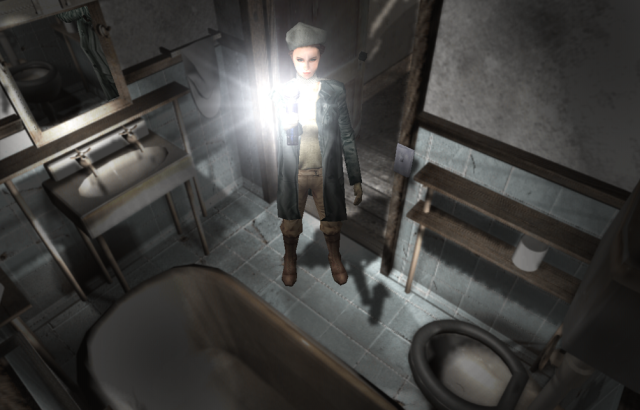 It’s worth mentioning that there were one or two distasteful Easter eggs in Rustin Parr. One involved the main character Holiday and a bath. When you arrive at the motel on the first day, if you go to your room and head into the bathroom your character can interact with a bath. She will respond with “I don’t have time for a bath right now” but if you keep interacting with it she will eventually get in.  You then time skip seeing her taking a bath, with black bars covering her top half. The fact that this was ever programmed is astonishing, but not surprising. While I’m sure that any teenage boys playing it thought it was the greatest thing ever. It clearly reflects the attitude of the gaming industry at that time and the gender imbalance that was commonplace. The video game industry has moved on a lot since then, but there is still much work to be done in rectifying the gender imbalance. 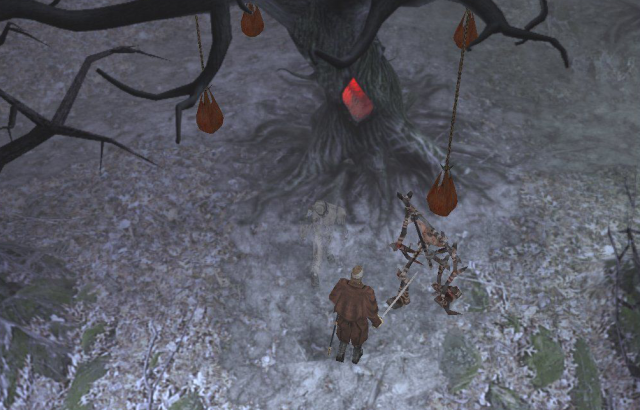 This trilogy of games helped to expand on a legend and serviced fans of the film in such a refreshing approach. But at their core lies a series of games that are truly terrifying. They didn’t bother with the modern jump-scare tactic, instead, they created a primal fear and a genuine sense of dread. If you played these games with the lights off, you are a braver person than I am.

The Blair Witch Project games may not be the most well-known in the horror genre, but they should be. Very few games are able to recreate the atmosphere that these games created, especially the first volume.

Have you played any of the Blair Witch games? What did you think of them?