To celebrate St Patrick’s Day, we have decided to honour and acknowledge the importance of Irish superheroes within the comic book world.

We’ve excluded the dated stereotype Z list characters, and focused on heroes that have made a lasting and positive impression on comic book readers.

Our top seven picks are…

Sean Cassidy AKA Banshee is the heir of the Cassidy ancestral home Cassidy Keep, situated on the west coast of Ireland.

Worth a small fortune and gifted with a cunning mind, Cassidy possess a whole host of mutant powers ranging from his iconic Sonic Scream to flight and sonar abilities.
Banshee has been part of various factions and organisations over time, these include Interpol, the X-Men and even the Horsemen of Death.

Banshee was most recently seen on the big screen in X-Men: First Class, though like so many other minor characters from that movie, we find out that in X-Men: Days of Future Past he has been captured and killed (offscreen).

Well, you might not know this one. Eric O’Grady was the fourth person to take on the mantle of the Ant-Man. Co-created by The Walking Dead’s Robert Kirkman, O’Grady first appeared in the Irredeemable Ant-Man series.

Eric O’Grady was a low ranking S.H.I.E.L.D Agent who finds one of Hank Pym’s Ant-Man suits at S.H.I.E.L.D HQ. He steals the suit with the aim of stalking women (spying on them in the shower for example) and stealing and cheating his way through life, whilst still undertaking some general superhero good deeds. Yes, the character was a bit of a sleazeball at times, but having a good-bad superhero was a refreshing approach at the time.

This constant conflict inside of O’Grady made this short-lived series a very fascinating read. He was the anti-Ant-Man, and the redemption story arc was really well played out.

When you think of Irish Catholicism in the superhero world, you of course head straight to Matt Murdock. Although never really pushed as part of his original backstory, it was Frank Millar’s excellent run in the 80s that really brought it to the forefront and gave a completely new dimension to the character.

Locked in an internal conflict between good and evil, Murdock’s own flaws play a key part in his fight to clean up and protect Hell’s Kitchen. Catholicism is now a standard character trait with Daredevil, and there have been many amazing storylines exploring the ups and downs of Irish-American immigrants over the years.

Daredevil has got recent attention thanks to Netflix’s Marvel run, with Murdock being brilliantly played by the extremely talented Charlie Cox.

(P.S Daredevil: The Directors Cut is a very good movie & Ben Affleck is awesome. So there.)

Another Cassidy makes our list, and it is Sean Cassidy’s daughter Theresa. Another true Irish superhero, she is a mutant who possess similar powers to her father, including the Sonic Scream.

She was a frequent resident of the famous Muir Island and has a close affiliation with Dr Moira MacTaggart. Her main comic book run was in the X-Force and X-Factor series, in which she also becomes part of a lustful and romantic back and forth with Deadpool.

She would later retire the mantle of Siryn and take over as Banshee, like her father before her.

Steve Rogers was born into a first-generation Irish family that emigrated to America from Ireland.

Growing up during the Great Depression, Rogers values of hard work, honour and compassion were instilled in him at an early age. His upbringing would make him the man he would become, a hero that would inspire an entire nation.

While Ireland may not be the first thing you think of with Captain AMERICA, even the ‘Cap’ himself, Chris Evans, stated in an interview that he should, in fact, be called Captain Ireland! Given his Irish upbringing and heritage.

When Earth needed a Green Lantern, after Hal Jordan departed during his, err, ‘dark phase’, the power ring found its way to Kyle Rayner, a struggling graphical artist. It was pretty much a case of right place, right time rather than his goodness and heroic attributes

Kyle wasn’t the most honourable of Lanterns, to begin with, although he never used the ring for any real evil. He struggled to take the role seriously and it would take the brutal murder of his girlfriend to fully embrace the duties and position of a Green Lantern. 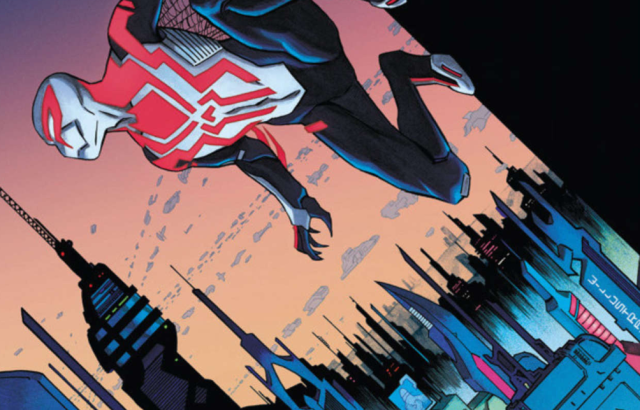 A bit of a cheat, yet not really.

While most will know Miguel O’Hara as being the first Latino Spider-Man, you only need to look at his name to see that he is from Mexican and Irish heritage. He features in the Spider-Man 2099 series.

O’Hara was a brilliant geneticist who was in the process of recreating the classic ‘Spider-Man abilities’. After the death of a test subject at the Alchemax lab, O’Hara quit the program entirely. He is betrayed and is forced to use his work on himself which results in O’Hara gaining the powers he was researching all along.

O’Hara would eventually meet Peter Parker in a time-travelling one-shot issue ‘Spider-Man 2099 Meets Spider-Man’ in which the two team up to take on Robin Borne, a female version of Hobgoblin.

From all of the X-Geek team, we wish you all a very super St Patrick’s Day.

One reply to “Top 7 Irish Superheroes”