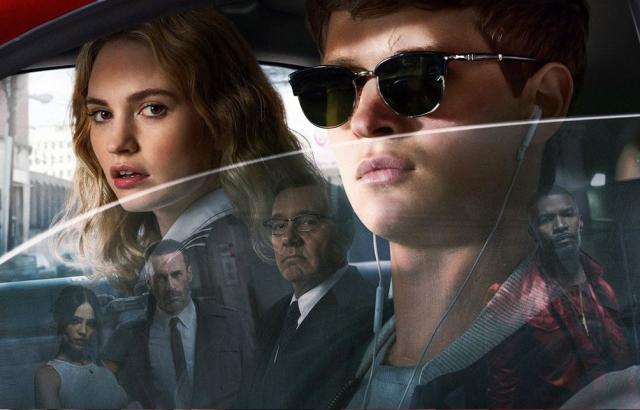 First of all, Iove Edgar Wright. He is one of my favourite directors and I have loved everything he has ever done. So please bare that in mind for when you reach the latter part of this review.

Baby Driver has been one of the films I have been most eager to see. The premise, the cast and the crew involved, everything was setup for a truly outstanding cinematic experience.

One of the film’s strongest aspects was the stylish and slick editing, and despite some of the shots Jonathan Amos and Paul Machliss had to work with (more on that later) they managed to do an incredible job constructing some stunning on-screen visuals.

The continuous soundtrack is also a very pleasing factor of Baby Driver. While the song choices were good, and with so much focus on them, you can’t help but feel that they could have been utilised just a little more prominently. But in a world where we have Guardians of the Galaxy, it’s always going to be a big task.

Now onto the cast. The posters are right to focus on their, simply incredible, ensemble.
Leading the film, Ansel Elgort was really enjoyable and surprised me that I was able to invest and engage with the character as much as I did. Lily James was written like a character straight out of a John Hughes movie, and her star is definitely on the rise.

Supporting the two main leads, of Baby and Debora, were Kevin Spacey, John Hamm, Jamie Foxx and Jon Bernthal. I doubt I have to go into too much detail with these names as you can expect, Spacey and Hamm nail their parts to perfection, with great and bankable performances for Foxx and Bernthal. The cast was perfect, the acting was perfect.

Despite great driving, an outstanding cast and a solid soundtrack, there are more than a few issues with Baby Driver. Mainly from an unexpected source. 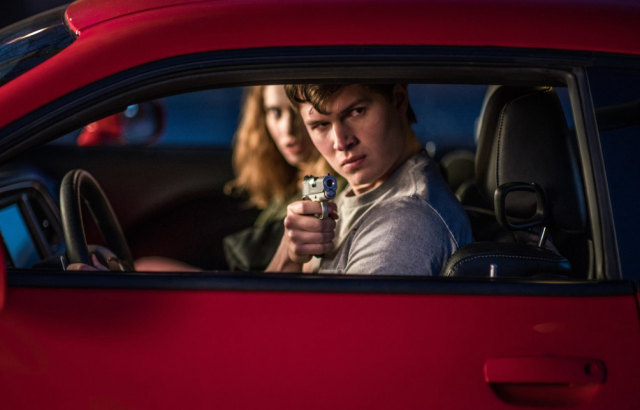 It pains me to say that the film is let down by Edgar Wright. Words I never thought I would have to write. But his decision making and at times ‘lack of’ filmmaking qualities hurts the movie in multiple ways.

First of all, he deflates the outstanding driving scenes with TV-movie style cinematography. The choice of shots and the way in which he filmed these intense scenes just felt so poorly done that it removed me from the excitement of the moment.

He also made some very questionable writing choices, with the main sticking point being some of the characters. One too many characters seemed to make choices and decisions that made no sense and were the polar opposite of their character’s persona. It felt like it was there to serve to force the story in an unnatural way, with logic and fluidity taking a backseat.

Edgar Wright’s ‘I’m back’ movie is sabotaged by Edgar Wright. He manages to make this potentially great film, into a very good film. Sure, that doesn’t sound bad right? But when you’re that close to greatness, anything less feels like a defeat.

Baby Driver is a stylish car-heist movie with a killer soundtrack, phenomenal ensemble cast and the best car driving ever to grace the big screen. Held back from greatness by some questionable directing and writing choices, but despite this, it still maintains its place as one of the must-see films of 2017.