We are heading back to Los Angeles, 30 years on from Blade Runner‘s 2019 setting. The year is 2049 and an unsuspecting Blade Runner is about to uncover a mystery that will change the face of life as they know it.

The film manages to perfectly continue the same neo-noir sci-fi aesthetic from the first film, yet at the same time, there is also a freshness to it. This combination helps to reach fans of the original, but still, has a fresh appeal for new fans. If you love the original Blade Runner, I’m confident you will enjoy this film just as much. The world that was created remains, and all the new additions and changes only help to further add to it, not destroy it.

While there were a few times that the story flirted with the edge of over-complexity, in terms of its narrative. There was enough self-restraint to keep the focus on delivering a well-thought-out story. Yes, it can be said that sometimes they played it a little safe, wanting to try and protect themselves from die-hard fans of the original. I get that there is a sense of preservation, and wanting to respect what came before, but just a little smidge more originality may have pushed the film on further.

When it comes to directors, no one’s star is on the rise as much as Denis Villeneuve. Prisoners, Sicario, Arrival… he gets better with every film he does. With Blade Runner 2049 his is able to flex his artistic muscles and ends up producing an astonishing visual cinematic feast. But of course, he had another trick up his sleeve to ensure he delivered in this film.

Denis Villeneuve has once again teamed up with legendary director of photography Roger Deakins, who was truly in his element here. Whilst Villeneuve is a visionary director in his own right, having Deakins’ well-cultured hands also on the wheel ensured that this masterpiece will always be considered one of the most iconic visual films of all time. The cinematography was simply out of this world and worth the entrance fee alone. This was more than just a film, it was art.

Away from Villeneuve and Deakins, a special mention has to go to Dennis Gassner. His production design was simply phenomenal. Benjamin Wallfisch and Hans Zimmer also deliver the goods with the film’s neo-electro score. Basically what I’m saying is that from a production standpoint, the film is untouchable. Oscar worthy for sure.

In terms of the cast, let’s start with the man himself, Harrison Ford as Rick Deckard. First of all, if you are expecting three hours worth of Deckard, you will be disappointed. While he, rightfully, takes joint-top billing, he probably has less than sixty minutes screen time. But what he may lack in time on screen, he makes up for with a truly brilliant performance. He may be older, more jaded, but he is still able to perfectly bring Rick Deckard to life. He also really helps to get the best out of Ryan Gosling, further boosting his performance.

Speaking of Gosling, he is one of the film’s strongest factors. You spend most of the film with ‘Officer K’ and when he’s not out policing it up he’s interacting with his VR-girlfriend Joi, played elegantly by Ana De Armas. K makes a sensational discovery that sends him down the rabbit hole into figuring out the film’s many mysteries. Gosling really brought his A-game here, delivering an emotive and expressive performance.

The entire supporting cast was really strong and in their own way brought something positive to the film. Well almost everyone. Where to start with Jared Leto? He is by far the film’s biggest negative. And to be fair, he wasn’t always bad in the film, there were some really good moments that he had on-screen. But usually, these scenes were elevated by those around him. Left to his own devices, his ‘method’ approach to his acting these days was more of a hindrance on his performance. After bombing in Suicide Squad, he wasn’t any better here.

Overall, Blade Runner 2049 is a majestic piece of cinema supplemented by sublime acting performances. This film is what a movie should be, it’s a modern masterpiece. It is art and sci-fi combined.

What did you think of Blade Runner 2049? Leave your non-spoilery comments below!

At X-Geeks we’re a team. Each of us has our own opinions, so when multiple X-Geeks watch the same film, this will be reflected in our online reviews. We add to all our reviews so you get the full feel of what the X-Geel team think! 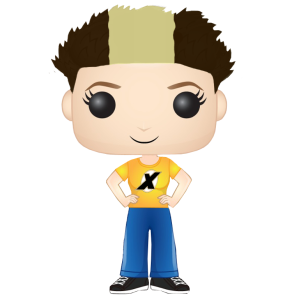 “Blade Runner 2049. What a spectacle. I only watched the original a few days ago and I highly recommend anyone thinking about going to see this to watch the original beforehand.

It made me enjoy the film so much more. This captured all the nostalgic films from the first one. Music was on point and inserted you right back into that world. The visuals are mind-blowing. The cinematography was spot on and the story and the twists that came with it was great. The performances in this film were brilliant especially Ryan Gosling and Jared Leto whose performances were phenomenal.

This film, besides Star Wars, is my film of the year. Now I usually avoid picking a film for my film of the year before the year is up but this film was such a masterpiece that I am calling it now and it’s definitely worthy of some award recognition. This film is probably one of the best film experiences of my life and I highly recommend it.”