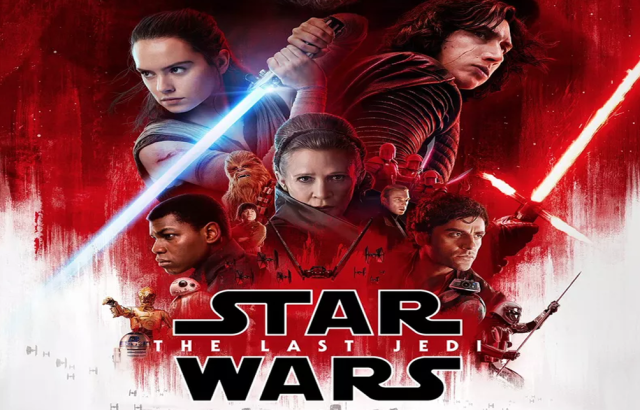 The new trailer for Star Wars: The Last Jedi has landed and oh boy it does it have an Empire feel to it.

Despite the insert of the super adorable Porg, the rest of the trailer was very dark indeed. This appears to be taking us in a fresh new direction with the Star Wars universe. While I always want certain things from a Star Wars movie, if they are indeed going to be trying new ideas and approaches I am all for it. The franchise needs to keep evolving, and while some things will always be a staple of any Star Wars movie, they must not be afraid to break away from tradition.

First of all, I want to mention the music. The mash-up of themes is potentially giving us a hint that everything won’t be as black and white as in previous Star Wars movies. Mixing in the Imperial March into most of Rey’s screen time was fascinating. Now, not for one second do I believe it’s hinting at a ‘dark side turn’, but it may infer a storytelling shift. The idea of ‘Grey Jedis’ has been a fan favourite for a while now. The film is also called The Last Jedi, which Rian Johnson has confirmed to be Luke. So do Kylo and Rey signal a new era? One fighting with the dark, the other training with the light. Will their paths meet in the middle and walk the line between light and dark? Possibly. Hopefully. I think it makes for much more interesting and layered characters.

Now, let’s talk about the ending.

My gut feeling is that it is simply editing misdirection. I’m not going to go into the tin-hat analysis of lighting etc that is currently doing the rounds on Twitter. But I just feel these are two different scenes entirely. But for the purpose of the trailer, and again for this notion of walking the line between light and dark, it works really well.
I also have an inkling that Kylo’s outstretched hand may be set up for a scene whereby it’s chopped off. It’s a Star Wars sequel, someone needs to lose a hand right?

“I’ve seen this raw strength only once before. It didn’t scare me enough then. It does now.”

Haunting words from Luke Skywalker as he begins to train Rey in the ways of the Jedi. It infers that Kylo had a similar power, and given this ‘connection’ between Kylo and Rey, as well as what the trailer implies here, the two are very similar indeed. The tragedy at the Jedi Temple and losing Kylo to Snoke clearly haunts Luke. So you can understand his reluctance. I think the scenes on Ahch-To have a lot of potential, and hopefully, they don’t rush them. I want to see plenty of nice interactions between Rey and Luke.

Gorilla Walkers And Porgs And Ice Wolves, Oh My!

One of the most exciting things for me with The Last Jedi is the introduction of new creatures, spaceships and weaponry. I love seeing new additions to the Star Wars universe.

I feel there is a little influence from Star Wars Rebels here, especially with the ice wolves. Rebels do a great job with their creatures, and I just feel here, mixed with Rian Johnson’s love of anime, that they have really taken time to bring us something new. The Porgs, to the cynics, are just another Ewok cash-grab. Maybe so. But for me, they feel like Star Wars, they feel organic to the universe and I welcome them with two flappy open arms. Plus they remind me of one of my Pugs, Fraiser, so they get a big thumbs up from me.

In terms of the machinery, the AT-M6 (Gorilla Walkers) are a nice addition that feels new but still has the classic AT-AT style about them. Kylo’s TIE Silencer also looks and handles majestically. So a big well done all round to all these new additions. 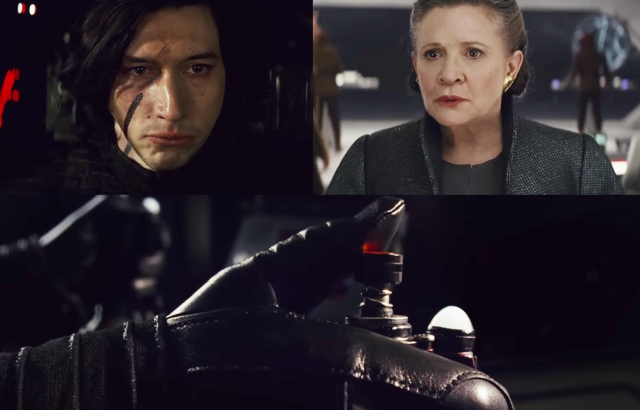 This was probably the scene that affected me the most on an emotional level. I miss Carrie, I really do. She was a rare human being who brought so much joy to this world. So I always knew that seeing her in this film was going to be a struggle. I’ve watched Rogue One twice since her passing, and the end scene had me in floods of tears both times. So when they teased Kylo about to destroy her flagship, the Raddus, with her onboard? My heart was in my mouth.

Real world issue aside. This was phenomenally edited. The differing emotive facial expressions from both Kylo and Leia were outstanding. They sensed each other’s presence and managed to convey an outpour of emotion without even saying a word. When the music cut and you heard only the beeping from the control panel I was in shock. It was perfectly executed. That being I don’t believe he kills her here, my guess is that this becomes yet another internal battle he has to struggle with. And if we go by the rumours, General Leia’s role in the new saga is still not complete. But still, what an emotional scene.

A Master And An Apprentice

Yes, ok, Phasma was a disappointment in The Force Awakens. So much promise, but very little execution. But it was also stated that her role was going to grow with the films. After recently reviewing her origin story in Star Wars: Phasma, my love and understanding of the character has grown exponentially. And I cannot put into words how excited I am to see Phasma take on Finn with her spear. Melee combat is a BIG part of her backstory, and with Gwendoline Christie’s experience on Game of Thrones, I’m really excited for what they will do with this fight scene.

Who needs an IT-O Interrogation droid when you have Snoke? This agonising torture scene, Rey is being pushed to the limits by Supreme Leader Snoke. Looking at the setting, I guess this is taking place onboard his Mega Star Destroyer, the Supremacy. The agony on Rey’s face is very well acted out. With Snoke narrating the first half of the trailer, you get the impression he is talking to

In this agonising torture scene, Rey is being pushed to the limits by Supreme Leader Snoke. Looking at the setting, I guess this is taking place onboard his Mega Star Destroyer, the Supremacy. The agony on Rey’s face is very well acted out. With Snoke narrating the first half of the trailer, you get the impression he is talking to Kylo. However It could well be yet another trailer misdirection, and it is, in fact, Rey who he is talking to. After Rey refuses him, we get to this stage of the scene where she is being tortured. It’s going to be exciting to see Snoke ‘in the flesh’ and hopefully, more details are revealed about this mysterious character.

Overall, this trailer delivered. It ticked all the boxes for me. It gave me an idea of themes and locations, without revealing too much. The misdirection with the editing also keeps you guessing. If this trailer translates to the final film and we get this quality of character-driven storytelling? Star Wars: The Last Jedi could be on target to be the best Star Wars movie to date.

So there you have it, my take on the latest Star Wars: The Last Jedi trailer! I want to hear your thoughts on the trailer and any predictions you might have! Leave your musings in the comments below. May the force be with you.

One reply to “Star Wars: The Last Jedi Trailer Review”