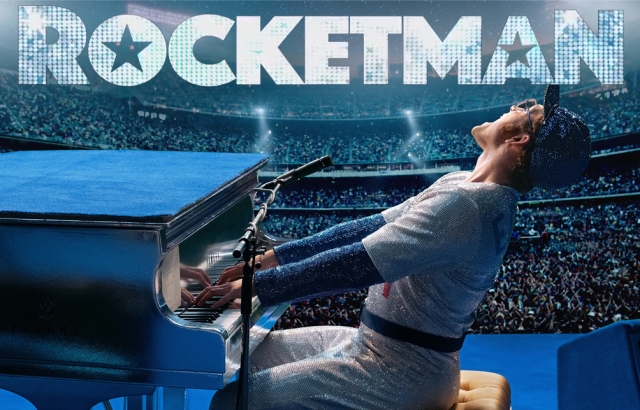 Rocketman is the latest musical biopic to hit the big screen and with, the excellent, Bohemian Rhapsody still fresh in audiences minds, the question was could we stomach a similar movie so soon? The answer is YES! (And then some).

I was truly astonished how good this movie was. It deserves huge credit for being able to mix so many different story elements, from intense emotional drama to outlandish humour. This movie will take you on an unrelenting journey that rarely pauses for breath. The music fits into the film seamlessly, nothing here is shoehorned in. Not only are these musical spectacles a joy to watch, but they also act as a plot device to help move the story along. It all just works together so well! So with all these amazing aspects driving the movie forwards, what about the cast? 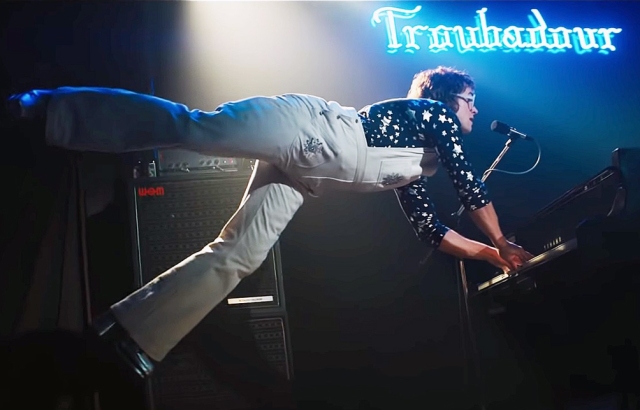 To put it simply, Taron Egerton puts in a career-best performance. I was always confident, going into this movie, that he would do a fantastic job in the role. But I don’t think I was as prepared for what he delivered. He is outlandish, dramatic, over-the-top yet also timid. He truly captures that essence of finding himself, battling his own demons and living up to the tag of his cartoonish onstage persona. As for the songs, he absolutely nails it! What a voice!

As for the supporting cast, you can’t really go wrong with the likes of Jamie Bell, Stephen Graham, Bryce Dallas Howard and Richard Madden. And that is the key factor, as spellbinding as Egerton is, he is surrounded by an incredibly talented cast who really help give the movie that solid foundation. I think Madden should get a special mention here, not only for his ruthless portrayal of John Reid, but his well-structured eyebrows. 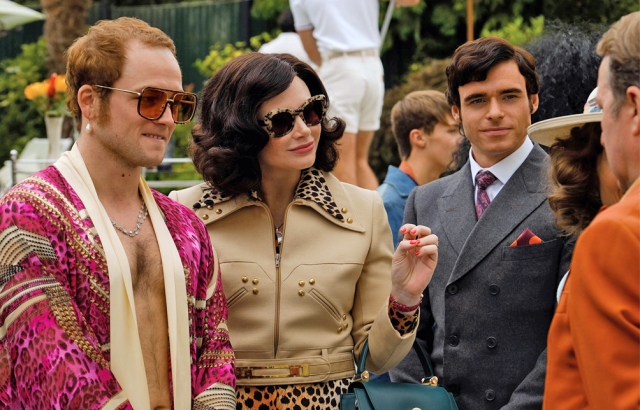 In regards to the direction, Dexter Fletcher’s star continues to rise. He has continued to grow and develop as a filmmaker, from the excellent Sunshine on Leith to the charming Eddie the Eagle, he has a real knack of shaping left-field projects into mainstream hits. This is definitely his most ambitious film to date and he plays a key role in delivering an absolute visual feast of a movie! Fletcher brings along his long-time cinematographer collaborator George Richmond and it’s clear that the two really compliment each other.

Solid visuals are one thing, but a movie can lose some of its gloss if the story falls down. Thankfully, this is not the case, as the script matches the high level of the overall production. Lee Hall was an outstanding choice to pen this flick, as his work on Billy Elliot, War Horse and Pride & Prejudice, speaks for itself. Hall is also penning the upcoming live-action Cats movie, so this film should help reassure any theatre fans that Cats is in good hands.

Rocketman is a spellbinding, exhilarating ride crammed full of stunning visuals, outlandish costumes and a killer soundtrack. The casting is perfect, with Taron Egerton the perfect fit to play Elton John. The film balances the drama and emotion with real heart and excitement. This cauldron of epicness leaves you with a feelgood, satisfying feeling as the credits begin to roll.