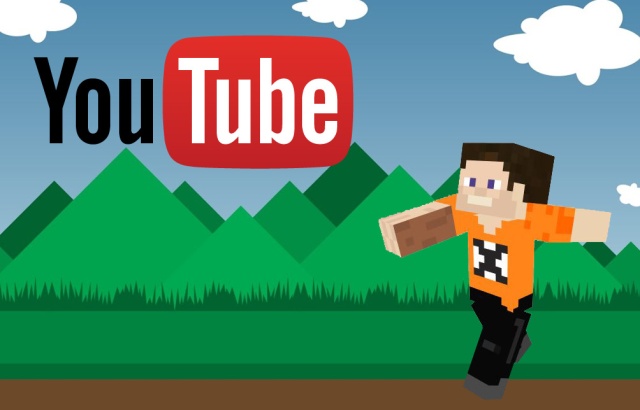 This is probably the hardest thing I have ever had to write. The post itself has been in my drafts folder for over a year now, in a constant state of revision, and there have been many times when I have considered deleting it altogether. Even after I post this, there is a chance that I will disappear off social media for a bit in fear of what people might say or think. Or I might not. I don’t know.

For most people interested in video games, recording and talking on playthroughs is easy. It’s basic. Anyone can do it! Well, almost anyone. While I might come across as very chatty online, in real life it’s a different picture entirely. I’m very awkward and suffer from social anxiety. I am also very self-conscious about the way I sound (more on that in a minute). The purpose of this post is to try and open up on a hidden reason why I record video game ‘Lets Plays’ and stick them online. Of course, I love to play video games, but I also saw an opportunity to use YouTube as a platform to help me grow as a person too.

In the Autumn of 2018, our YouTube channel was subjected to heavy trolling. These hateful comments were personal attacks against myself, with the culprit(s) deciding to use very unpleasant language and imply certain notions in relation to my voice. I get it, I have a slightly ‘effeminate’ voice. But it’s actually my voice that is one of the reasons why I decided to get into recording playthroughs online in the first place.

When I was 13 I suffered from a very aggressive form of acne, there was a 70% chance that my face would have been heavily scared from it if left untreated. I was put on a lot of medication to try and treat this condition and I was very lucky that it worked. But it came at a cost. The medication changed a lot of my hormones, as well as slightly altering my vocal pitch. Family and friends still comment that they are waiting for my voice to break! So I have always been very self-conscious about the way I sound when I talk. Now I’ve had people say to me I sound perfectly ‘normal’, and there are days when I don’t notice it or think about it. But when the trolling started and the main comments were voice-related, I took a big step back in terms of confidence. But thanks to some amazing people online, including people from We Have A Hulk and Nerdschatting, I found the strength to carry on and not give up on this journey. I will always be grateful for the support during that time, from everyone who reached out. The people in the Geekstalkers community and our Twitter followers/friends in general. You have all been amazing, even it was just the simple act of retweeting a post!

So, back to the YouTube channel and recording Lets Plays. Essentially I use the videos as a platform to build my confidence. Of course, I also enjoy doing them, as I also want to share my love of video games, so it’s a 50/50 split. But I just wanted to let people know that there is an additional reason behind it, and why currently the channel continues down a certain direction. I don’t think I am mentally at the stage where I can just record the latest big release. Not that I’m thinking that I’m would get a lot of traffic if I did, but I’m still partly sheltering away from the types of negative viewers that come with these mainstream games. For example, I have delayed a Minecraft series because I know the ‘comment community’ of that game can be very toxic. So I decided to stick to what I know best. The games I play are mainly story-driven point-and-click adventure games because it’s a genre I am so passionate about. Because I’m passionate about them, I find it much easier to talk out loud in the videos which, hopefully, makes for a more entertaining and enjoyable experience to watch!

I know I have grown in confidence so much during the three years that the channel has been going. The first full series I did on the channel was Call of Duty: Infinite Warfare. I didn’t speak at all! But over time, I came out of my shell and with the likes of What Remains of Edith Finch and Firewatch, the difference is night and day. My most recent complete series has been Call of Cthulhu. The views for this series, the average per episode, are our highest to date, and I’d like to think that is because it plays out like a normal Lets Play video? That’s not me being egotistical, I just felt really confident throughout the series and the viewing numbers appear to reflect that I’m at least now at an entry-level standard! This series grew my confidence so much that I actually tried streaming, properly, for the first time. I was very nervous about this. But having watched Heather from The Valkyries, I thought I should give it a go. So thank you, Heather, as your enjoyable streams gave me that final push to give it a try! In terms of the stream, I chose a game that I loved, so I picked The Secret of Monkey Island: Special Edition. I was very nervous because it was real-time and I couldn’t edit out any mistakes or nervous moments. But on the whole, it was an enjoyable experience, one that I hope to repeat on a more regular basis. I also want to throw a shout out to Luke from Jack And The Geekstalk, who made my first stream ten times easier by being so funny in the chat. You didn’t know it at the time, but you made the whole experience a whole lot easier! 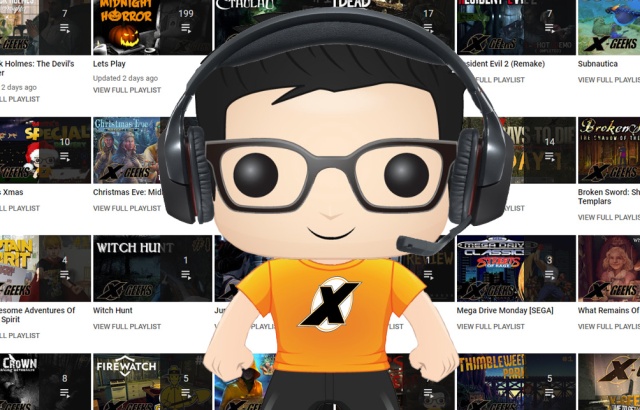 Well, I’ve got some exciting games and series planned for the rest of the year and I hope to add a few surprises into the mix. As of the time of writing, our YouTube channel stands at 129 subscribers. While I’d love to hit 1,000 by the end of the year, it’s taken me three years to get this far! So I’m going to try and be more realistic. Can I get it to 200? I’d be over the moon to hit that landmark! I also want to point out that this article is in no way a shill to try and bump up subscriber numbers. I really hope it does not come across that way! I’m writing this because it is just another part of my journey in overcoming my hang-ups, anxieties and building up my confidence.

A few final mentions and thanks before I finish. My fellow X-Geeks Rich and Rob, you guys are amazing. The same goes for the likes of everyone at We Geek Girls, We Have A Hulk, Nerdschatting, Jack And The Geekstalk, 20th Century Geek, The Valkyries, Get Your Comic On, Jasper Reviews and Blindwave. Also a further shout out to Katie and DaBaba! There have been so many of you, so apologies if I forgot anyone! But anyone who has ever liked, shared or watched one of our videos, THANK YOU!

Finally, this has been extremely difficult to write. So for anyone taking time out of their day to read this, I am extremely grateful. Thank you.