Are you ready for the worst heroes ever?

The first full trailer for David Ayer’s Suicide Squad has landed and it definitely packs a punch!

If you haven’t seen it yet, check out the trailer below:

For those not familiar with the comic book characters, The Suicide Squad are a top secret government strike team comprised of villains from the DC universe.
The purpose for these incarcerated supervillains, is to be sent in to missions with a low chance of survival. Why risk the lives of Special Forces operatives when you have a bunch of crazies at your disposal?
The Squad are kept in-line and carry out their missions due to the fact they have explosive devices that have been planted in their necks. So one wrong move and BOOM!

So now that you know a little about them, what about what we saw in the trailer?

We have chosen some key scenes that we think are worth a closer look at, so let’s start with…

Here we have Joel Kinnaman as Rick Flag, the non-villain of the Suicide Squad, introducing you to each of his new team mates.
Having a character list off other characters, whilst overlapped with footage introducing them on screen, is a classic film technique. It helps introduce you to characters you have probably never heard of and helps with the pacing of the trailer. It creates enough backstory for each character without going in to too much detail.
The great thing about this is we are finally getting to see characters that are going to be new to so many people. Because we imagine most of the non-comic book fans would know who El Diablo or Katana are!

It’s also worth mentioning that the use of Queen’s Bohemian Rhapsody was such a good choice for the trailer.

This was a great shot of Jared Leto’s Joker. It showed the Clown Prince of Crime in all his maniacal glory.
The nice symbolism of the weapons on the outside, with Joker in the middle sets up the chaos that he is set to bring upon the DC Cinematic Universe.
When we were introduced to Leto’s Joker in the teaser in the summer, he took some flack with the look and the laugh.
It’s safe to say the laugh in this scene was textbook Joker, we loved it!

This was an interesting shot.
Here we have an unnamed, unknown character being hit by a subway train and splitting it clean down the middle. Later on we get a glimpse of this character using a tentacle like arm to attack some soldiers.
Earlier in the trailer we see a crashed aeroplane, and it looked like something had broken out of it. Could Joker have hijacked the plane that had this character on board? Is this a mutated weapon that was being transported to secret location? So many questions, but it looks like this is the reason the Suicide Squad have been assembled.
When you look at it, the tubes going in to the head and neck are very similar to Bane’s venom. But could it be something else? Something that connects to the bigger picture of the DC Cinematic Universe?
We’ve already seen Lex Luther play God by creating Doomsday in the Batman V Superman trailer, so could this be another experiment? Is the green substance in those pipes kryptonite?

DC have said they want to crossover all of their films, they want more than a Marvel post-credits sting, so it will be interesting to see if this is one of those crossovers.

We see Joker diving in to vats of an unknown substance, to rescue Harley. But is this at the start of the movie or near the end?

This could be the final part of the night club and car chase scene in which Batman shows up. Does Joker leaver her there? Is she captured and then swears revenge on Joker for leaving her? This is a likely scenario, it’s been hinted that they are going to use the usual ‘Harley hates Mister J but ultimately ends up back on his side’ route.

Is this at the end of the film, and does it mark the ‘death’ of the New 52 style Harley Quinn and the birth of the more traditional (BETTER) character? Doubtful, wishful thinking on our part.

Is this foreshadowing to the Green Lantern movie? If you look at the colour scheme, it does resemble the Lantern Corps emotional spectrum a little bit. But this is a stretch (given the missing colours) and more wishful thinking again from us.

In reality, this looks like it is set in subway station, so more than likely it is connected to the Groot-Bane character. Has it just been destroyed? Is it teleporting somewhere?
It’s an interesting shot and does raise a lot of questions, but these won’t be answered until the movie comes out. Or unless Zack Snyder edits the next trailer, then we’ll know everything about it.

On an additional note, it’s worth mentioning it’s nice to see Joker wearing a range of outfits. The only promo images released have been of the ‘Marilyn Manson Pimp’ version, something that took a lot of flak with fans.
Here we see Joker wearing a range of outfits, all with Joker style twists, so this should hopefully settle some fans nerves about the direction and presentation of the character. 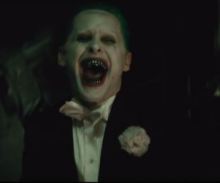 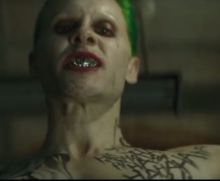 As with everything, there was some things we didn’t like. These are issue based on what we have seen so far, and things that could alter after we have seen the film, but here goes:

Will Smith is Will Smith, and that is the problem. From the onscreen footage so far it looks like he’s just playing his Bad Boys character. It’s going to take a lot of convincing that he was the right casting choice for Deadshot.
When the colouring on the credits and titles is more impressive than one of your joint-lead characters, you know something is wrong.

Margot Robbie’s/David Ayer’s take on Harley Quinn. It started with the New 52 style look of the character, but now that we’ve had some dialogue from her the issue runs deeper.
Her delivery felt forced and obvious, the character felt very generic.
The talent of the actress is not in question, more so their interpretation of the character.
Some will love it just because ‘It’s Harley Quinn’, but for us, we want more than that.
The ‘voices’ dialogue was so awkward, it felt really flat, especially when you compare that to the comedic beat of Jai Courtney’s Boomerang getting out of the body bag and immediately attacking a guard.

The trailer felt like it was for the 12a audience. Suicide Squad should not be a 12a, it should be an 18 and the most violent and dastardly anti-hero film we’ve ever seen.
Marvel have nailed it with Deadpool, we are getting a Marvel comic book movie designed for adults. All the potential is lost by giving it a 12a rating, while the film should be good, it feels like it had the chance to have been even better if they really let loose on the script.

Overall the Suicide Squad trailer introduces a lot of characters and does a good job of combining that with plenty of action. We have a trailer that looks good and still hasn’t given much away in terms of big scenes and storyline, so that’s always a good thing!

We look forward to film coming out in the Summer.

On a side note, check out these awesome Suicide Squad character animation posters! 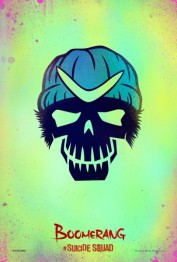 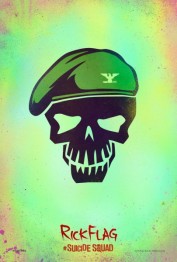 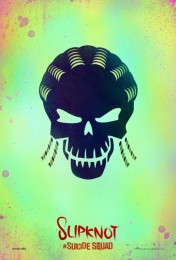 Did you like this trailer? What are you looking forward to most? Tell us in the comments below.