There have been two major themes at the core of Season Six of Game of Thrones. The first being the ascension of the female characters, with the second being the dispensing of the old ways and ushering in the new.

This was certainly the case in the season finale of Season Six, as the entire landscape has now been forever altered and has promised even more change to come next season.

In a very packed final episode, we start this week’s review and breakdown where the show started, in King’s Landing on the day of Cersei’s trial. 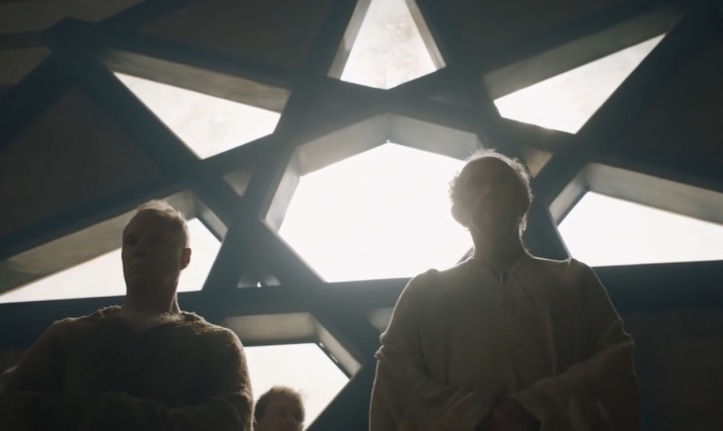 The opening montage showed a whole host of characters getting ready for the trial, the visuals being escorted beautifully by a stunning piece of music that lifted the opening act immensely. This was a very strong opening and set the benchmark high for everyone else to follow.

We mentioned in our introduction that this was all about ‘out with the old’ and it soon became clear that Cersei was not going to stand trial. Things soon stepped up as a group of Little Birds killed off Grand Maester Pycelle with another stabbing Lancel, rendering him helpless without the use of his legs. As he crawls towards a candle in the distance you see that he is surrounded by barrels of wildfire.

With a mighty green explosion the entire Sept blows up, killing a host of secondary characters including Margaery, Loras and Mace Tyrell, Kevan Lannister and the High Sparrow. Not to mention a couple of hundred innocent people inside and outside of the building. As the walls crumble, Cersei watches with a smile from the Red Keep, with a glass of wine of course! 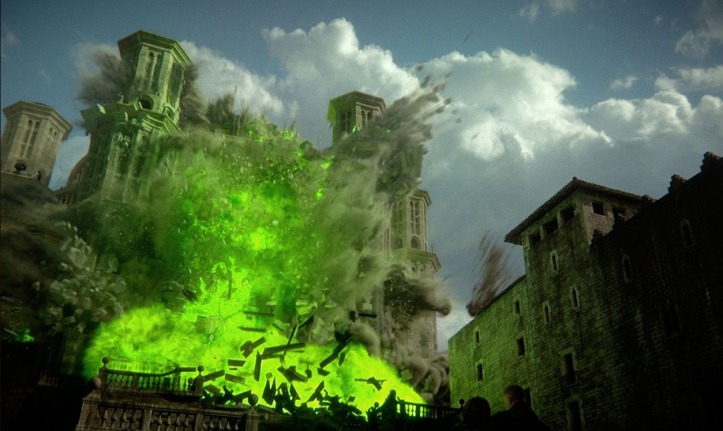 Happy with her victory, all looks fine and rosy…until Tommen decides to comedically walk out of a window. Having always been a weak character, a coward’s way out is probably fitting, but a more impactful death could have been if he was collateral damage from the wildfire explosion.

So what now for Cersei? While she looked sad as she looked at Tommen’s body, she wasted no time in arranging her coronation and sitting down on the Iron Throne. Long live the Queen right?

The thing is, Cersei has always been an antagonist, until they made her character sympathetic this season after her walk of atonement. The reaction online was that of support and jubilation for her. Has everyone forgot she is supposed to be a villain? Hopefully with some clever writing they can rectify this next season, and remove her support and return the hatred towards her character. The show needs that type of character, the Joffrey and Ramsay types to direct your anger towards. 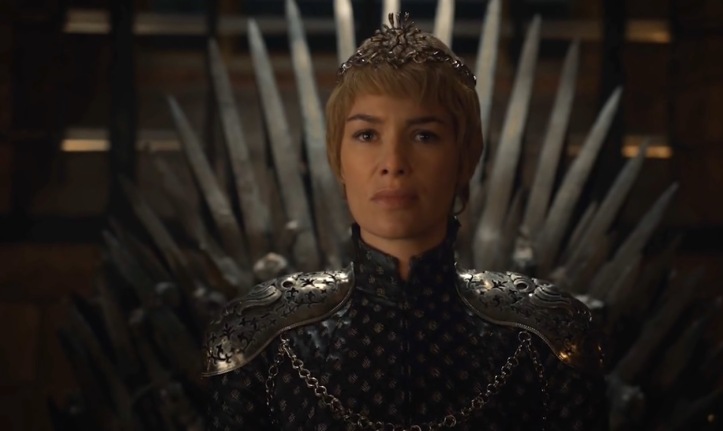 The most interesting part of this entire scene was when Jaime walked in midway through the coronation. It is hard to gage from his reaction how he feels. You could speculate that it was a mix of confusion and dealing with the loss of Tommen. Or, for those desperate for a Jaime redemption arc, it could be the first sign of Jaime resisting the hold Cersei has over him.

How long will Cersei sit on the Iron Throne? History tells us not very long.

At Winterfell, Sansa and Jon have big decisions to make. Sansa is keen for Jon to rule, while Jon is keen to see a ‘Queen of the North’. 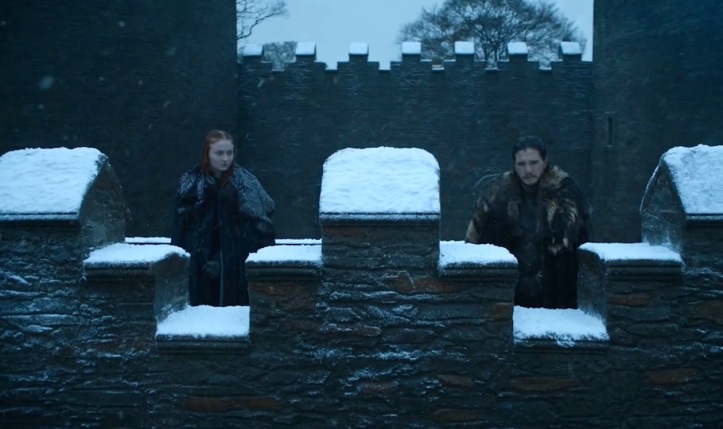 Jon banishes Melisandre to the south, after a brilliant and passionate performance by Davos, who exposes the truth that she helped kill Shireen. While he would have every right, we’re glad she was banished, and Davos was not forced to kill her. He is an honourable man, and while it would be just, his character is stronger for not having more blood on his hands than is needed.

In a rather telling scene, Petyr Baelish makes a move for Sansa. While she seems to reject his advances, it’s clear that Littlefinger won’t be put off so easily. Baelish had one true love, and that was Catelyn Stark. Sansa was never like her mother, but after years of abuse and her tough resolve now, she sure is looking a lot like her mother. Has Baelish been shaping her in to a replica of his one true love this entire time? He never got to have Catelyn, but he stands an outside chance with Sansa and the fact he tells her he wants the Iron Throne just makes the whole situation even more intriguing.

With both Jon and Sansa unwilling to come out and say they want to rule, it is up to little Lady Mormont to once again steal the scene and bring the northern houses to order. She has got to be one of the true highlights of this season.

In a scene very similar to Robb Stark’s confirmation, the north rallies behind Jon as King of the North. While Sansa looks initially happy at this outcome, her body language soon changes when she glances at Baelish. Could there be some tension and deceit from Sansa next season? Will she show some Ramsay Bolton like qualities? It looks like another big season for Sansa next year!

Hey look, we are in Dorne. Yes we groaned too! The least interesting story arc in the history of Game of Thrones seems to be involved once again. But for once, it was pretty good. This was all down to Olenna Tyrell though, whose sass and putdowns put the Sandsnakes in their place. It was only Ellaria Sand introducing Varys in to the mix that really gave hope that the Martell’s/Sandsnakes might actually be of some interest next season.

With Cersei and Sansa having their big moments, it was now the turn of Arya to leave her mark on ‘the great game’. While some may once again question how fast some characters seem to get around, Arya is back in Westeros! We assume they used the Skyrim ‘Fast Travel’ option, as she was soon on hand to confront another person on her kill list, Walder Frey. She gleefully informed Walder that she had made some ‘Frey Pies’ out of his sons Lothar and Black Walder. Then, in a call-back to ‘The Red Wedding’, she slits Walder’s throat and watches him die with a smile on her face.

So what next for Arya? She still has a few Lannister’s on her list, so unless she gets word that her brother and sister have retaken their home, it’s a safe bet to imagine that she will head to King’s Landing to strike a few more names off her list. 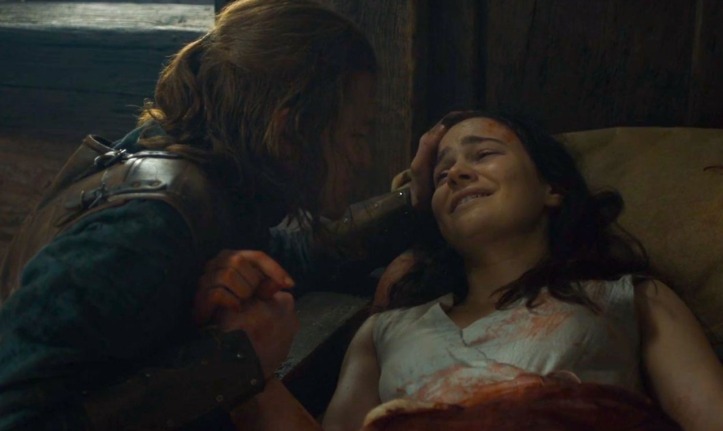 Another massive revelation involved Bran, who once again used his powers to jump back to the Tower of Joy. We are glad this happened this season, as it would have been frustrating to have left this small, but important, story unfinished.

“Promise me Ned. Promise me.” – Promise what? Well fans of the R+L=J theory had it all but confirmed that Jon Snow is indeed the son of Rhaegar Targaryen and Lyanna Stark. They also teased that Jon might not be Jon after all, as Lyanna confided in Ned that “His name is…” and then we never hear it. Could Jon have a different name all together?

Book readers must have felt very satisfied with this scene, and for the TV audience the editing and transition from baby Jon to adult Jon was sublime. Simply sublime.

In Meereen, Daenerys tells Daario that he needs to stay behind to look after things there. In a touching scene, she gives Tyrion a new ‘Hand of the Queen’ pin. He loved his last one, and Daenerys will need his council as she tries to take the Iron Throne.

Daenerys has been ‘walking’ for six seasons now, always talking about what she wants to do. But now she is finally ready to put that plan in to action. It’s been a slow process, and some of her stories have felt very similar, but at least we are now, hopefully, going to see her interact with more characters from Westeros.

If the Tyrell and Martell houses join forces, that is a very sizable army in its own right. And with Varys working for Daenerys, that would mean the Mother of Dragons overall army would include the Tyrells, Martells, Unsullied, Dothraki, Greyjoys and dragons! It’s safe to say the Lannister’s don’t stand a chance. Do they?

So with the odds stacked so favourably in Daenerys Targaryen’s favour, does her story now become a little less interesting? She should be able to conquer the south by episode two of next season. She should also be more than capable of taking the north too! It seems like Daenerys is very over powered at the minute, so it will be interesting to see what happens next.

As we predicted, the final shot showed her entire fleet sailing across the sea with the dragons flying high above. It’s safe to say from next season, Westeros will never be the same again.

Season Six of Game of Thrones has easily been one of the strongest to date. It has seen the old ways swapped for the new, and the women of the world take control and put the men in their place.

With the White Walker threat looming ever closer, and with reduced episodes for the final two seasons, it’s time to really kick on with completing the story and we cannot wait to see what Season Severn brings.

We will be releasing our best bits of Season Six, with our predictions of what we think will happen next season in the next few days. So make sure you keep checking the website and our social media platforms for that!

In the meantime, tell us your thoughts on the finale! What did you enjoy most? What do you think will happen next? Leave your comments below.