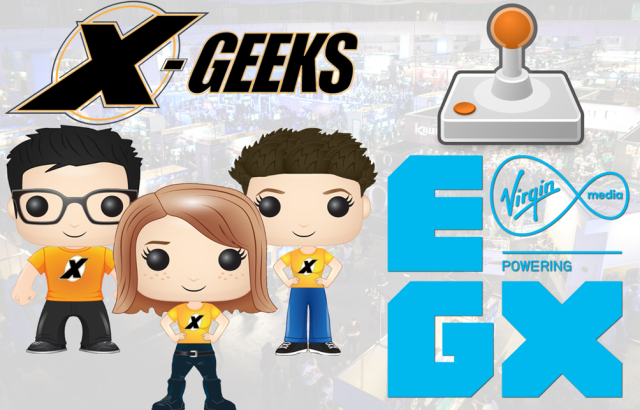 EGX was yet again fantastic. This was my second year going, my first was two years ago, which was the last year the expo was held at Earls Court. When I saw all the pictures coming out of EGX from friends last year I was immediately jealous and disappointed I didn’t go so I vowed that I would go this year and I am so glad that I did.

The main reason I attended EGX this year though wasn’t for the games. It was for the people. I have made so many friends over the past few years and EGX is the chance where we get to meet up, talk and have a good time playing some games. Every evening was filled with drinks and good conversations but that’s enough about the talking lets move onto the games I played! 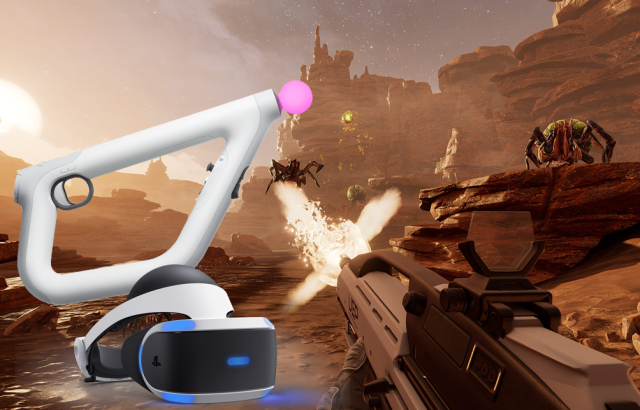 One thing I will say about my first time at the NEC is that it was a lot less crowded than Earls Court, which I liked. The main reason why things seemed less packed is probably because there was no Microsoft or Nintendo, which a lot of people were surprised at considering the Scorpio and NX are coming. So it seemed like it was the year for Sony to shine and I think it’s safe to say that they did with the inclusion of VR!

I wasn’t even expecting to try out VR, I wasn’t really that fussed because I know I am not going to be picking one up but me and a friend, out of curiosity, asked about it and they managed to get us a session. The VR game I tried was FarPoint. The synopsis was that I am an astronaut on a desert planet (could of been Mars) and I had to fight these mechanical alien Spiders. When I heard the story I was expecting to be given a controller but nope I was given a make-shift gun, which I obviously used to shoot and there was a analogue stick on the handle of the gun, which I used to move around. I thought this was a innovative and immersive way to control your character. Once I was in the game it took me a while to get used to it, not having much experience of VR. The Spiders were pretty creepy, especially when they jumped at your face and exploded. After a while I was getting the hang of it and shooting up every Spider that came into view. Every few minutes the scenery would change to another location on the desert planet and one of the most memorable was the one with a tight, narrow path on the side of a mountain and if I looked down to my left there was this massive drop. Now that certainly made my stomach go funny. Overall it was a fun experience, the shooting was pretty accurate and smooth and the only glitch I encountered was very early on and it was dealt with very quickly. As I said I know I am not going to be getting the Playstation VR, mainly because I think it’s such a hassle, but I am very glad that I tried it out. It was a lot of fun and this technology is astounding and I hope it does really well.

One of the games I definitely knew I wanted to try at EGX this year was Dishonored 2. I’ve yet to complete the first game but playing this demo, twice might I add, has encouraged me to go back and make sure I finish it before 2 is released. The demo takes place quite a ways into the game and the objective is to rescue an old friend and then kill the man responsible for taking him. Now the cool choice that we are presented with before the demo begins is do we want to play as Corvo, the main protagonist from the first game, or Emily. We were told that if we wanted to try out something different then we should pick Emily but if we wanted to stick to what we already knew then we should pick Corvo. I chose Corvo both times mainly because that’s what I felt most comfortable with. I didn’t feel the controls were hard to get back into, when I got in the demo and was able to move around I felt like I remembered what each button does and I got straight to the business of killing the Clockwork soldiers with my explosive bullets and putting the human guards to sleep with the crossbow. With Corvo the combat mechanics feel very similar to the first game, with a few new added weapons. It didn’t take long to get back into the mindset of a stealthy and lethal assassin thanks to the smooth combat. The only negative comment I can say about the demo is the FPS was choppy at times but that didn’t affect my overall enjoyment of the game. As I said after playing this demo I am definitely going to finish the first game so that I can pick this one up.

The other game I wanted to mention was actually my game of the show. Mainly because of how much fun I had playing it. That game is Super Arcade Football an indie game developed by OutOfTheBit. I love football and football games so that interested me immediately but I am not a massive fan of indie games so that made me think am I actually going to enjoy this? and surprisingly I did. This is a fast paced and intense game. When I was playing it with my friend we both were yelling at the screen and having tons of fun with it. I gave away two penalties and received a red card and the game still managed to finish 0-0. We were both exhausted after playing this but it was so much fun and definitely worth picking up. Super Arcade Football is now available to buy on Steam. Go do it!

Those are the main games I tried out, which I really enjoyed. The other games I tried I will quickly mention were Gears of War 4, Sonic Mania, Elder Scrolls Legends and Little Nightmares. All of these games were enjoyable to play but just not for me. Overall I was very happy with EGX this year, The games I played I enjoyed, I got some good merchandise and met up with some awesome folks so I think it’s safe to say I’ll be heading back next year.

Did you go to EGX this year? Tell us what you enjoyed the most!