This was my first EGX event, and it’s safe to say I wasn’t disappointed.

For starters, it was a great place to open up Pokemon GO and hatch some eggs, as there is plenty of walking to be done.

First up on the cards was Dishonored 2. The queue wasn’t that bad, but the game was definitely worth the wait.

As a PC gamer, I would have preferred a keyboard and mouse over a controller, but even that didn’t take anything away from the gameplay and my overall enjoyment.
I was given the choice between Corvo and Emily, I decided to play as Emily. It just felt like this was a great opportunity to use the new playable character before the games release. If you have played the first game, the controls and feel of the game is very familiar. Even if you haven’t played the game before, it’s fairly straight forward to pick up.

The graphics looked sharp, and the game ran smoothly enough, though there was a little issue with the FPS.
I was seconds from completing the level before the time was up, so that was a little annoying. But a free t-shirt and an enjoyable demo made up for that minor frustration. This will definitely be a game I will be getting on release.

Next up was Little Nightmares, a game I was desperate to play. The stand itself was very impressive, and having actors playing the characters from the game was a nice, touch. This for me was the best game I played and it truly lived up to my expectations. It was genuinely terrifying! Not in an Emily Wants to Play sort of way, but in a more un-nerving sort of way. The game was fun to play, the mix of stealth and puzzles with survival horror made for an enjoyable playthrough. From what I played the game had no negatives, only that I couldn’t play the whole game!

While this type of platformer is nothing new, it is the tone and design that really makes Little Nightmares stand out. The story and style of the game is very unique and this game should do very well on release.
The controls are very easy to pick up and from what I played, the game will have some playbackability.
I’m certain that Little Nightmares will be a critical and commercial success when it is finally released next year. 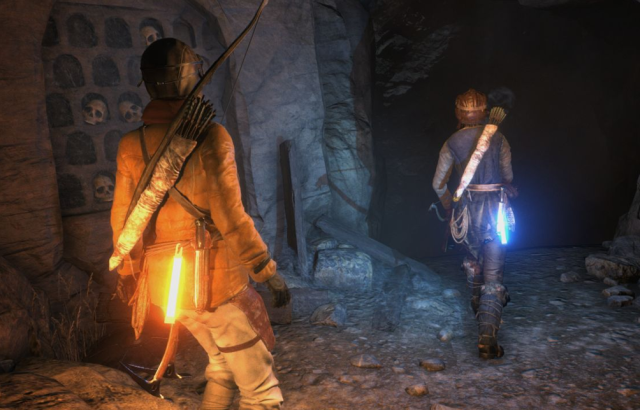 Next up was Rise of the Tomb Raider: 20 Year Celebration, but it was playing the new co-op endurance mode.
Having played the Endurance DLC before this wasn’t new to me, but it was much more enjoyable being able to alongside another player. The in-game experience was enhanced by this latest addition, and as a free add on to those who own existing DLC, it will be one I will definitely play a lot more of on release!

As well as the mainstream and indie games on offer, there were plenty of retro games and consoles to play one. So there really was something for every kind of gamer.

It wasn’t all about the games though. There were plenty of trade stands selling a range of unique items, and if I had brought a bigger bag I might have been tempted! Next year!

Overall it was an enjoyable day, and I will definitely come back next year, and in greater numbers!

Did you go to EGX 2016? What were your highlights?