Are you sick and tired of watching the same horror films each and every Halloween?

Well, you’re in luck! We have decided to try and rectify this by putting together a list of some of the most overlooked and under-appreciated horror films.

So without further ado, let’s get straight to it!

One of Dario Argento’s most impressive films, and the first in his The Three Mothers trilogy. This visual horrorfest follows a young American ballet dancer, Suzy Bannion, on her journey to enrol in the world-renowned Tanz Dance Academy in Germany. It is not long before the body count starts to rise as one-by-one the other dancers in the school are brutally murdered in some of the most disturbing ways ever to grace the big screen. The story is solid throughout and still, holds up today as a cult-classic. If you like your old-school horror with a visual flair then this is the perfect film to freshen up your Halloween viewing.

When it comes to modern horror, you can’t really go wrong with a Ti West film. He is the master of mixing old and new style horror, and there is no greater example than The House of the Devil.
When struggling for money, Samantha takes a strange babysitting job from a mysterious couple living in an old and isolated house. After meeting the Ulmans she finds out that there is no child to look after, but in fact, it’s Mrs Ulman’s ageing mother. Desperate for the money she accepts, but as soon as the Ulmans leave, Samantha begins to be exposed to the hidden horrors that the house and her new employers are concealing. A truly terrifying journey filled with satanism and a constant feel of dread.

While a silent movie might not be the first thing you think of in terms of getting your ‘horror on’ this Halloween, it won’t be a choice you regret! You will struggle to find a more perfect form of German Expressionist cinema. But it is so much more than that. The film is not only a masterpiece of cinema, but it also has some truly horrifying moments that are able to send a shiver down your spine. From the dark and theatrical design to the insidious nature of the characters within. This film is a prime example of how visual storytelling can create genuine terror, and at times makes the modern jump-scare tactic seem not so scary.

Laura returns the orphanage where she lived as a child. Now no longer in use, Laura and her family plan to re-open the orphanage to help children with disabilities. Not long after, her son disappears, and with the help of a medium she discovers there are other lost children inside the orphanage, but these ones are no longer in the land of the living.
Juan Antonio Bayona’s debut film was part of a golden generation of Spanish horror films that made it into mainstream cinemas. Produced by Guillermo del Toro, The Orphanage created such a chilling and tense atmosphere, that it should always be a ‘go-to’ movie when Halloween arrives. 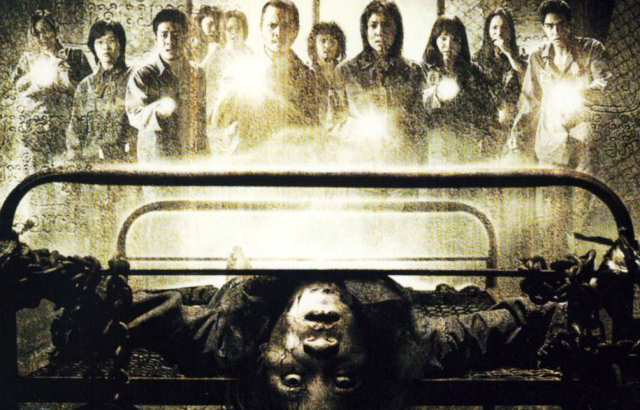 This controversial Thai horror film sees a group of young adults taking part in a ‘Big Brother’ style reality TV show, where the contestants must spend the night in an abandoned military prison. Isolated deep in the jungle, the prison was host to mass genocide and other horrendous atrocities. The movie is great at creating a genuinely creepy atmosphere. As one-by-one the contestants fall to the ghostly inhabitants of the prison, the horrifying truth behind the prison’s atrocities comes to light.
The controversy arrives from the fact the set and some story elements are based on real-life events & places. The film was subsequently banned from release in Cambodia and the Cambodian government publicly vilified the producers for basing their story on the Cambodian genocide of the 1970s.

What films will you be watching this Halloween? Let us know in the comments or hit us on Twitter or Facebook!