Warning: This article contains spoilers for all the MCU films including Doctor Strange.

With the big reveal of yet another Infinity Stone in Doctor Strange, the total number of stones has increased again. We are now at five known Infinity Stones, so we have decided to have a quick recap of where they all are as of right now in the MCU timeline. We even look at where the sixth and final Infinity Stone might appear. So, just where are all the Infinity Stones?

In Avengers: Age of Ultron it is revealed that the power of Loki’s sceptre was drawn from the Mind Stone. Not only does this allow control over beings, but it also allows the user to create new life. The Mind Stone helped to bring power and life to Scarlet Witch, Quicksilver, Ultron and finally Vision. The stone is currently the source of Vision’s power and is prominently displayed on his forehead. This does not bode well for Vision though, given its importance to his very existence. The probability of Vision being a casualty in Infinity Wars is high.

This stone was the first to be revealed in the MCU. It was used to power the Tesseract in Captain America: The First Avenger, where the Red Skull wanted to use it as the ultimate power source. It would reappear in The Avengers, where Loki sought it for the Chitauri, who in return would help the God of Mischief conquer the earth. With Loki and the Chitauri defeated, Thor took Loki and the Space Stone back to Asgard for safekeeping.  In the post-credits scene, it is revealed that the Chitauri were seeking the Space Stone for Thanos.

We have to head into space for the next Infinity Stone. Ronan the Accuser has been tasked by Thanos, to track down the Power Stone that has been concealed inside an orb. Before he can obtain it though, the orb is found by Star-Lord. After unsuccessfully trying to sell the orb, it ends up in the hands of The Collector. After The Collector’s assistant opens the orb, revealing the Infinity Stone, it destroys her and causes a huge explosion. The Power Stone can only be handled by the most powerful of beings and has the power to destroy worlds.
After The Guardians defeat Ronan, they hand the stone over to Nova Corps, where the Power Stone is currently safely secured. 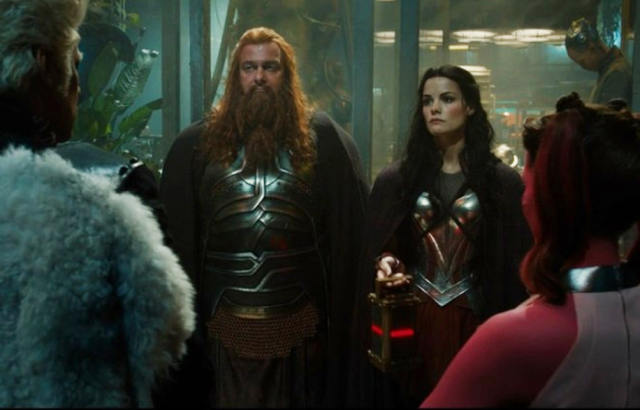 While all the other stones are in a solid form, the Reality Stone takes on a liquid form known as The Eather. The Asgardians fought to stop the Dark Elves from possessing it, as it would allow them to absorb life force and create dark matter. During the events of Thor: The Dark World, Thor defeats the Dark Elf Malekith and secures The Eather. Given that Asgard already housed one Infinity Stone, in the form of the Tesseract, it is decided that it should be kept off the world. It was given to The Collector for safekeeping. But unbeknown to Thor, The Collector has plans to obtain the stones for himself, whether for his own purposes or to give to Thanos. After the explosion of the Power Stone, in Guardians of the Galaxy, it is unclear as to where the Reality Stone is. But it is widely thought that it is still in the possession of The Collector. 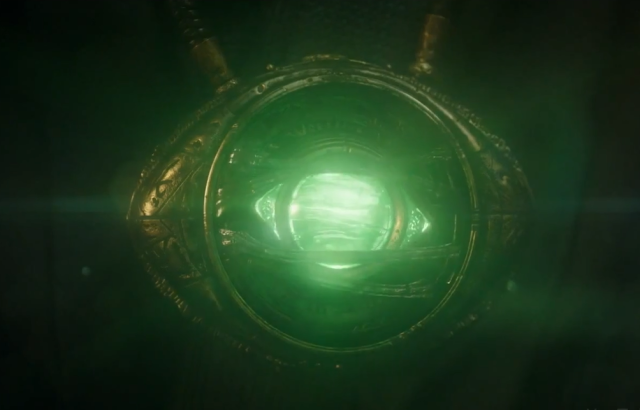 In Doctor Strange, it is revealed that The Eye of Agamotto, in fact, houses an Infinity Stone. But is it the Time Stone? If you look throughout the movie the concept of time is brought up quite a few times. From the apple to the time loop battle with Dormammu, everything points very clearly that this is indeed the Time Stone. Mordo warns Strange numerous times that this power should not be used, and given his actions in the post-credits scene, it might be Mordo himself who takes it away from Strange, putting it into the hands of Thanos.

This particular Infinity Stone is the only one that is, so far, unaccounted for. But most fans fully expect it to appear in the final Thor film, Thor: Ragnarok.

For this to be true, you have to believe in the ‘T.H.A.N.O.S’ theory. If you don’t know what that is, it’s simple.

If you go by the ‘T.H.A.N.O.S’ theory, there are currently two characters who could possibly be in ownership of The Soul Stone.  Some believe that it is in the possession of Heimdall, while others believe it is connected to Ragnarok’s big baddy Hela, played by Cate Blanchett. So what are the theories?

Hemidall, the all-seeing sentry guardian of Asgard, is able to see trillions of ‘souls’ throughout the multiverse. He also has yellow glowing eyes and a rather Infinity Stone looking decoration on his armour. When Hemidall appears to Thor in his vision in Age Of Ultron, his eyes are gone, as if the ‘stone’ had been removed replacing the yellow with white light.

So what about Hela? Well, the Asgardian Goddess of Death controls the realms of Hel and Nifilheim. She has power over the souls of the dead, so the soul link comes into play yet again. With her character appearing in Thor: Ragnarok there is a very good chance that she has the Soul Stone and uses it to aid in Ragnarok, ‘the end of all things’.  Whether she takes it from Hemidall, or she is the current holder of the stone, everything is pointing at these two being connected somehow.

These are just theories of course, and now that Guardians of the Galaxy is a big player in the MCU, it might actually be in Volume 2 that we find out about the Soul Stone. No one knows for sure.

Where do you think the Soul Stone is? Let us know your theories in the comments.

One reply to “Where Are All The Infinity Stones?”