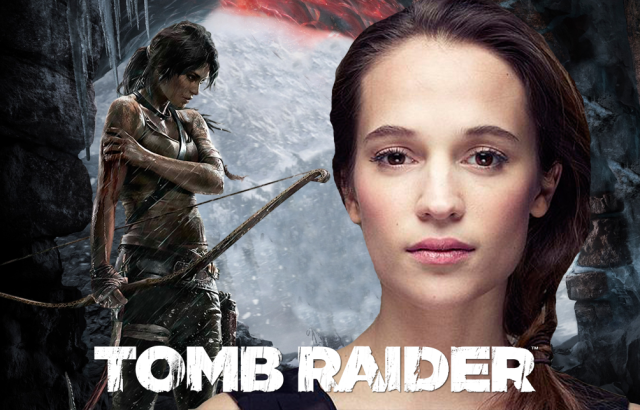 It’s been awhile since the internet has had a good leak from an upcoming film. With more and more studios choosing to shoot in a studio rather than on location, these leaks are becoming less common.

While there is a downside to a production leak, they also help generate a lot of excitement for a movie.

Thanks to these latest behind-the-scenes photos, we now have our first glimpse of Alicia Vikander as Lara Croft from the upcoming Tomb Raider reboot. 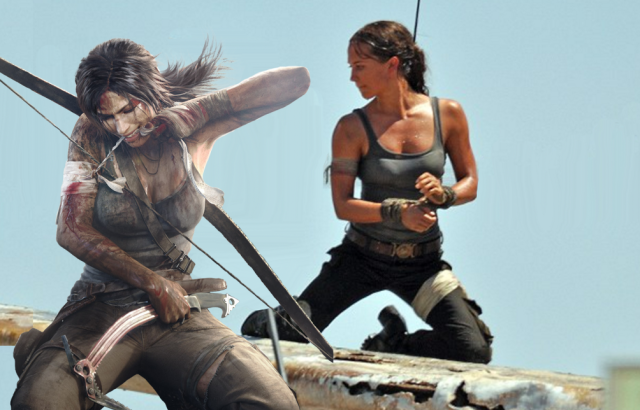 From these images it confirms that they are basing this new Lara on the current video game incarnation of the character, the younger and more inexperienced adventurer. Sporting Lara’s trademark braid, her outfit is very similar to the game reboot Lara, and her athletic tone suits this look.

Angelina Jolie’s Lara was based around the hair and the chest of the original video game character. While the chest aspect ended up getting out of control, the reboot video game fixed that, presenting Lara is a much more realistic way. 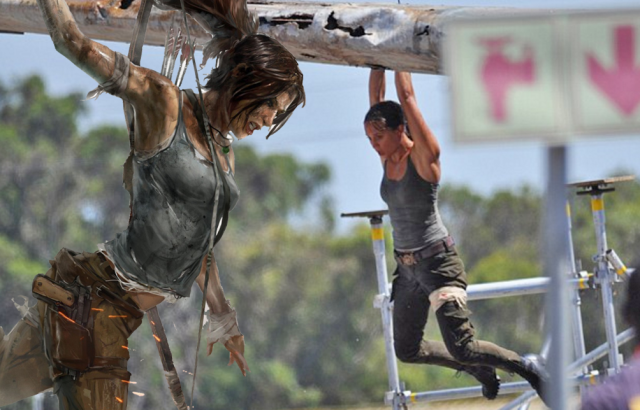 As well as the look of Lara, it is also nice to see her doing these particular stunts. While Vikander undoubtedly has a stunt double, the fact that she is willing to to get her hands dirty and use wire-work is a positive for the movie.

The first two Jolie cinematic offerings never felt like a true representation of the franchise, it felt more ‘based on’. Hopefully director Roar Uthaug embraces the great work done by the two previous reboot games and gives Lara a much more realistic character, and not cartoon-like as we had with Jolie.

Vikander’s Lara also has a greater chance of being a hit with female cinema goers. With such an iconic strong female character, focusing on her more recent presentation than the ‘big boobs’ of previous versions does the character a lot more justice. A conflicted, complex character with multiple layers make up the heart of the recent version of Lara, and hopefully the film embraces that fully and finally gives us the cinematic Lara Croft that has been long overdue.

You can check out more photos below: 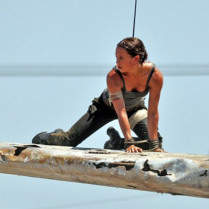 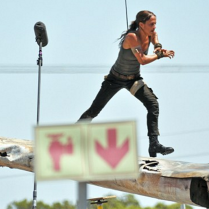 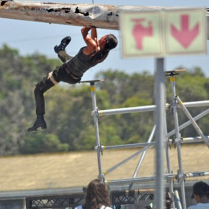 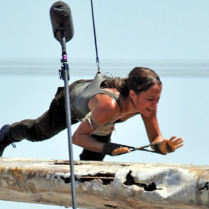 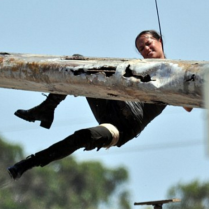 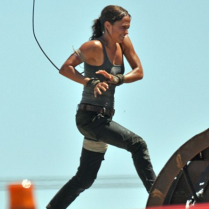 Tomb Raider is scheduled to be released on March 16, 2018

What do you think of these leaked photos? Tell us your thoughts on these photos, or anything about the movie reboot in the comments below.