Ghost In The Shell: Doomed To Fail?

While the latest trailer for the live-action US remake of Ghost in the Shell only features about 5 seconds of new footage, it still got everyone talking.

You can check the trailer out below…

Ghost in the Shell is up there with Akira in terms of how it helped introduce a quintessentially Japanese property to an overseas and mainstream audience.

But despite Ghost in the Shell being such a recognisable franchise, this particular version has come under a lot of scrutiny. The film has been met with a lukewarm response from fans of the anime, and in some cases, there has been outrage over the issue of ‘whitewashing’ the main character, played in this adaption by Scarlett Johansson. When it comes to ‘whitewashing’ the film has taken a lot more flak than Doctor Strange. But that is to be expected as The Ancient One in Doctor Strange was an American creation, whereas The Major is a Japanese creation. This is a US remake, and on one hand, you can see why they would want a big star like Johansson to play the role. It makes sense in terms of attracting a wider audience, people who perhaps are not familiar with the property. The studio may also believe it offers a little more box office security with Johansson in the role. But given the significance of this particular role and property, I am disappointed that an Asian or Asian-American actor was not given the lead role. On a personal level, I have less interest in this movie because of Johansson’s involvement, and I’m actually a fan of her work.

It’s not just Johansson that is causing a problem with fans. Despite having talented actors such as Takeshi Kitano and Ng Chin Han in the film, the supporting cast is still lacking in Asian representation. And while the studio and director will give reasons for this, it just doesn’t feel right. The setting is the same, but with Caucasian actors passing as locals. It stands out too much, but then again, a total change of setting may have hurt the film even more. It is such a difficult balancing act. But the film is being presented as it is, and hopefully, there is enough about it to surprise any doubters. 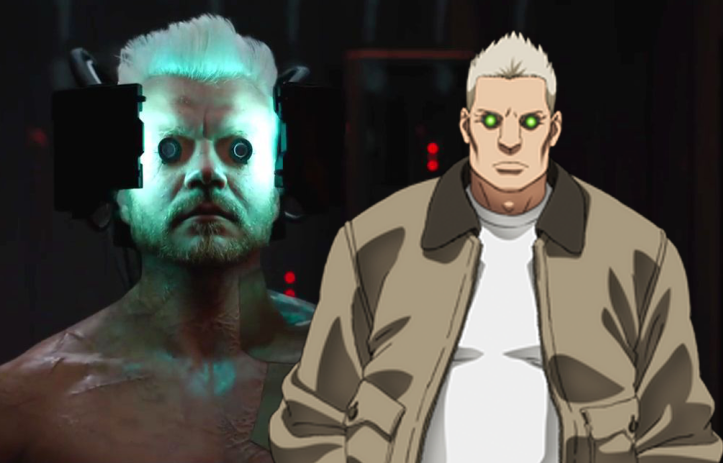 Putting my concerns about ‘whitewashing’ aside, from the trailers so far there is an even bigger issue to deal with. While it is nice to see familiar scenes and moments from the anime, they seem to be lacking in originality. The content put out so far appears to be a carbon-copy of the anime, and while they may be holding back on the new material, showing the audience the most iconic moments leaves you wondering what else they have to use as a wow factor.

While it is unfair to write the film off being seeing it, it will be difficult to go into that cinema without concerns and hesitation. They may knock it out of the park and deliver something totally unexpectedly brilliant, or they may just rehash the same story and bank on the novelty of the film to draw in a wider audience.

There is a lot of negativity surrounding this film, we can only hope that those concerns are put to rest with a quality story, and while it may take from the rich back catalogue of the anime, it ultimately stands up on its own. Fingers crossed.

Are you looking forward to Ghost in the Shell? Let us know your thoughts in the comments below.