Back in 2014, The LEGO Movie stunned cinema audiences, as no one could have prepared themselves for the amount of awesome (sorry) it delivered. It performed well at the box office and with critics and fans alike. It was something very special and very personal to so many people. It also helped that it had a fantastic story, perfect cast and a sublime sense of humour.

If there was going to be a spin-off movie, one character who had enough material to carry their own solo film was Will Arnett’s Batman. And boy did they deliver with The LEGO Batman Movie.

Before we dive down the Batman fanboy rabbit hole, as a movie, it more than holds its own as a hilarious, and moving piece of animated cinema. One minute you found yourself laughing at a perfectly written joke, the next you’re trying to hold back the tears. As funny and silly as some of the gags were, the heart and emotional aspects of the movie were just as strong and significant. 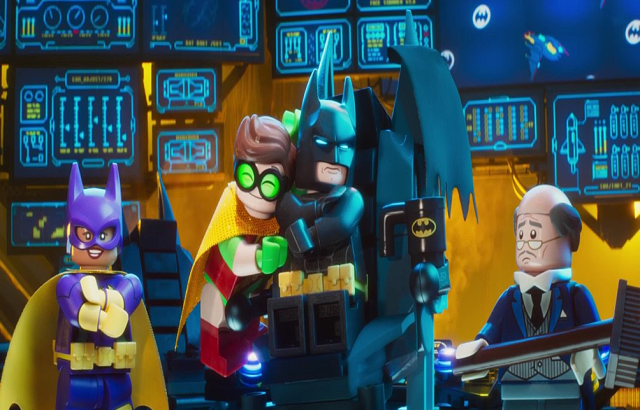 Will Arnett nailed Batman in The LEGO Movie, so there was never going to be any issues with his performance in this film. His delivery and timing was perfect, and his understanding of the character helped to firmly establish his version of Batman as one of the best.

Michael Cera was delightfully funny as Robin, manging to merge a lot of different versions into a single role that actually felt quite fresh.  Ralph Fiennes was able to balance the deadpan with moments that tugged at your heartstrings. The only disappointing thing was that he did not have a face-off with Eddy Izzard’s Lord Voldemort. Now that would have been something special.

Rosario Dawson’s Barbara Gordon had a one or two teething problems during her initial introduction, but that was corrected with better character writing in the second half of the movie.
A special mention also has to go to Channing Tatum and Jonah Hill who reprise their roles as Superman & Green Lantern from The LEGO Movie.

Now for the not so good. While the writing for the character was good, Zach Galifianakis just didn’t suite the role. It just never felt like The Joker. I mean, it was still miles better than Jared Leto, but still, there was just something about it that didn’t fit.
Even with very little screen time, Mariah Carey’s Mayor McCaskill was also a very odd casting choice.

As brilliant and as moving as The LEGO Batman Movie was, it just fell short of  the greatness found in The Lego Movie. But take nothing away from it, this was a thoroughly entertaining film. The kids will laugh at the butt jokes, and hardcore Batman fans will find themselves laughing at a KILLER, Killer Croc gag.

There is no doubt that The LEGO Batman Movie will perform well at the box office and be a huge  success with fans. And with The LEGO Ninjango Movie set to be released before The LEGO Movie 2, we will be seeing plenty more bricks and yellow faces on the big screen for many more years to come.

The LEGO Batman Movie was an enjoyable, action-packed comedic adventure peppered with moments of heart and warmth. Die-hard Batman fans will get their fill of nods, winks and Easter eggs, whilst general cinema goers both young and old will be treated to a truly outstanding piece of animated cinema.