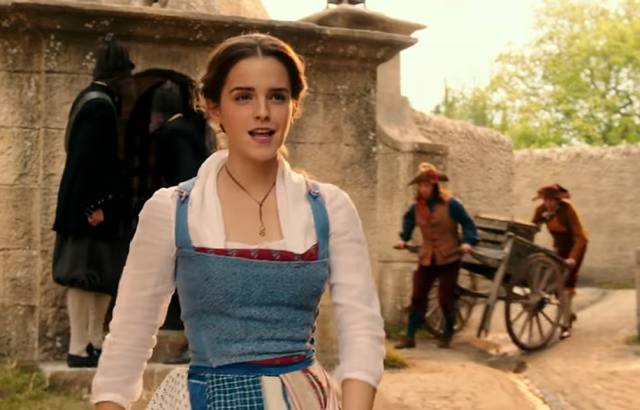 With the trailers and posters already blowing us away, we didn’t think we could possibly be more excited for the live-action adaption of Beauty and the Beast. But now we have been treated to a brief scene, featuring a very iconic song that has sent our excitement in to overdrive!

If you haven’t watched the brief musical number, you can check it out below:

First of all, let’s discuss Emma Watson’s singing voice. As she is not a trained singer, you could hardly expect her to go note-to-note with Paige O’Hara. But with that being said her rendition suits this particular Belle much better. There’s a slight sense of insecurity about it, but at the same time there is a determination behind the way it is sung. I think those worried about Emma Watson handling the musical numbers can rest easy.

In terms of new additions it was nice to see some new characters and dialogue mixed within the song. The toy vendor interaction was a nice new scene to get our teeth in to, and leaves us with the hope that despite the classic scenes we are expecting to see, there will be plenty of new elements sprinkled throughout the movie. 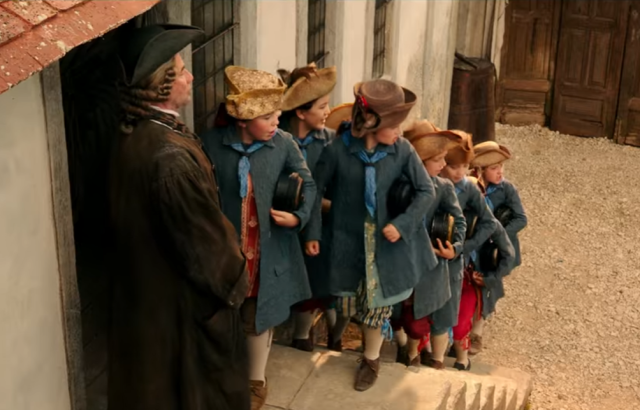 One thing Emma Watson has tried to get across in her interviews is the oppressed situation of her character and her determination to make her own way in the world. While the original animated version touched upon this, Belle’s design was very much classic Disney Princess. And while Emma Watson herself has that look, there is a more natural look to her character.

Sticking with the oppressed theme, the scene with the schoolboys marching in to class was a sublime bit of composition and multi-layered filmmaking.  Here we have the boys getting their education, as the male school teacher looks at Belle with disdain. After all, how dare this woman learn to read and write and have, you know, thoughts! 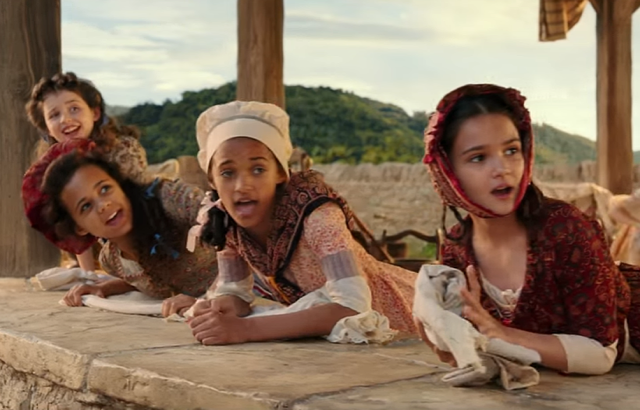 This point is nailed home even more in the very next scene with the women of the village doing the washing. The gender stereotypes for the time are combined to perfection and Belle marches through in an act of defiance to these beliefs.
The icing on the cake was having the young girls look at Belle with pure admiration. She is inspiring the next generation of women to be so much more than what the men tell them they can be.

And that’s the point of Belle, she is an inspiration to others and a woman ahead of her time. From what we’ve seen so far, Emma Watson’s Belle is going to be a massive inspiration to a lot of young people. The tone and message of this film so far seems to be perfect. Yes it’s a traditional romantic love story, but the sense of empowerment you also get is only going to make this film so much more influential.

Beauty and the Beast is in cinemas nationwide on the 17th March 2017.