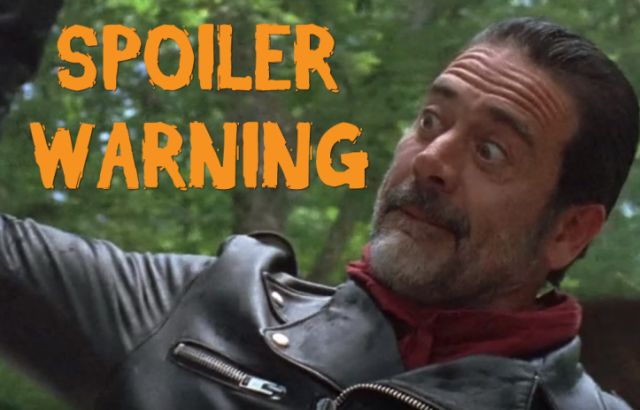 Season Seven of The Walking Dead has been very similar to Season Six in terms of the shows strength and enjoyment. It has progressed at a nice pace and as the finale showed, meeting all these different groups and the slow build up had a BIG and rewarding payoff.

But that will also be one of the criticisms from some people about this season. Constantly swapping between the different factions and the ongoing search for even more groups of survivors. Some people said this slowed the pace of the show down and some didn’t like the constant changing between the groups. But again, it’s all about the long game. Setting up these characters and factions and developing them. I still find it odd that some people want ‘non-stop zombie killing action’ from The Walking Dead. That has never been at the core of the show’s values or premise. It’s about the people.

Seeing The Saviours, Hilltop and The Kingdom on the small screen has been very pleasing. Since Season One I have been longing for the TV show to catch up with the comics. The human aspect of The Walking Dead has always been the best part for me.

While it has been a very enjoyable season, a change does need to be made in terms of how they structure their stories. The Walking Dead is prone to standing still at times, repeating previous beats and not pushing new ideas to the forefront. While Season Seven has been enjoyable, there are still the same old niggles that open the show to criticism.
The show really needs to come back with a much fresher approach to how they produce the show, and given the ending in the finale, we may finally be getting that. 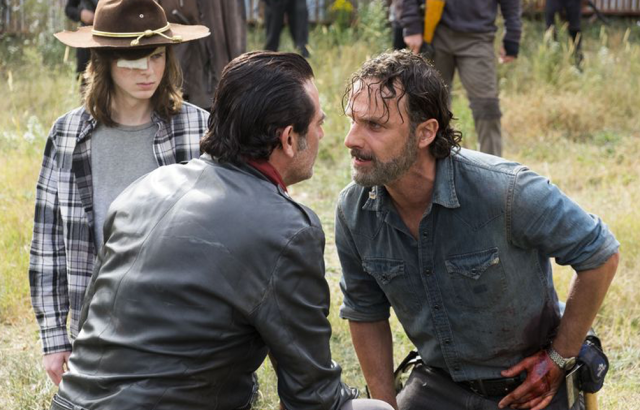 So, let’s talk about THAT finale.

We’ll start with Sasha’s death. Sonequa Martin-Green left The Walking Dead in a similar fashion to her brother Tyrese, by interacting with those closest to her, albeit dead. Sasha had a good run in the show, with her character being nicely developed over the seasons. It was a fitting end to her character, and her story in the main show was concluded in a satisfying way.

I enjoyed that they used some of the comic book material in this scene, but enhanced its theatrical nature with the use of the coffin. I fully expected the outcome, but was very pleased in which the way they added their own take on the scene.

‘The First Day of the Rest of Your Life’ has to go down as one of the greatest episodes in The Walking Dead’s history. It had everything you could possibly want from a TV show – a compelling story, great character acting and plenty of perfectly placed action.
Unlike the ‘fade to black’ infuriating ending of Season Six, Season Seven ends on an upwards trajectory, giving us a glimpse of the tone and direction of Season Eight.

So what does Season Eight have to offer? Well, if following the comics, they are very clearly going down the ‘All Out War’ story arc, which is very exciting indeed. Be sure to check our website for a future article in which we discuss our hopes and aims for next season.

What did you think of Season Seven? Leave us your comments below or get in touch with us on our social media channels.