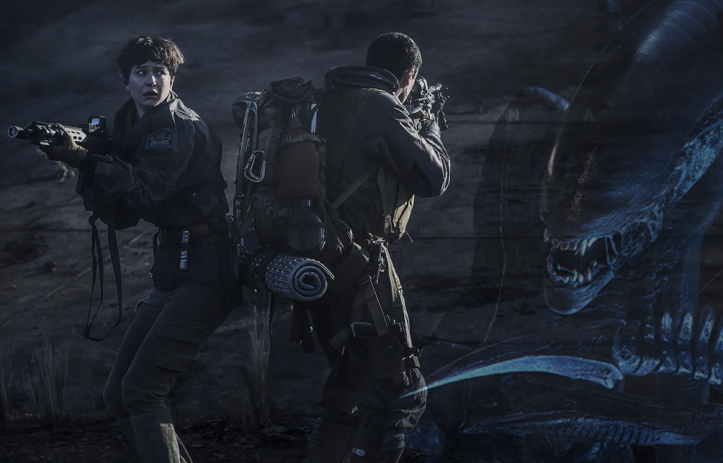 With the lukewarm reception of 2012’s Prometheus, director Ridley Scott had a big task to ensure he brought his ‘Alien A-Game’ back to the franchise he started almost 40 years ago. And in many ways he delivers. Prometheus tried to be overcomplicated and was bogged down with wishy-washy sci-fi philosophy. Here, Ridley brings the horror aspect back to the franchise and does not hold back with the gore or blood. Not that this is an Aliens type story, where it’s shoot first, ask questions later. It’s a nice blend of the first two films. Most importantly the suspense is back, and that has been sadly missing from the previous few Alien movies.

Alien: Covenant is very much a return to form for the franchise, and while it lacks in any real new innovation, its story is well executed and the film is a satisfying watch. The ‘one-by-one’ aesthetic works much better this time around as you are given much more time to get to know the characters, unlike in Prometheus where any such character development was lacking.
The film also feels a lot more ‘Alien’, the tie-ins and references to the established lore are much more subtle and nicely worked into the story.

In terms of the cast, Katherine Waterston is a very capable lead, although her similarities to Sigourney Weaver’s Ripley were a little too ‘on the nose’ at times. But with that aside, she delivered when it counted and there were times when you genuinely felt her fear and terror. Michael Fassbender had another chance to bring his ‘David’ to the big screen and portray the character in a totally different way. He was solid throughout, but his performance in Prometheus was a stronger overall.

Other characters to look out for are Billy Crudup as Christopher Oram and Carmen Ejogo as Karine Oram. Their chemistry and solo performances were really positive. But that can also be said about all the cast, even those with less screen time, you get to know each character more than we did in Prometheus, thus making the story more engaging as there was plenty of characters to connect with.

Overall, Alien: Covenant is a much-welcomed addition to the franchise and delivers an enjoyable and satisfying viewing experience. While the formula used was safe, it still felt fairly fresh and not well worn. And while there is some predictability with the story format, the journey to get there more than makes up for this.

Alien: Covenant is a return to form for the Alien franchise. It delivers moments of genuine terror, and the cast does a fantastic job of immersing you into the action and suspense.