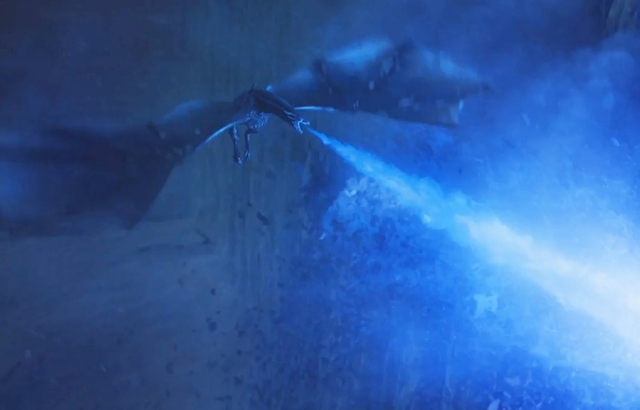 Wow. That’s it. It’s all over. Goodbye Season Seven.

In what has been one of the strongest seasons to date, we said goodbye to not only the season but some long standing characters and features as well.

So, rather than whittle on, let’s get straight to it.

In King’s Landing, we have a great scene between to two armies, positioning for battle should the worst happen. As impressive as a visual as this was, it was seeing all the main and supporting characters together in one location. You had plenty of great reunions such as Jaime and Brienne, Brienne and The Hound and The Hound and The Mountain (just give us CleganeBowl already). And how can we forget Tyrion, Podrick and Bronn, the band is back together! (Albeit momentarily). All of these interactions and conversations tied off so many sub-plots and issues but also at the same time were really well done.

After Daenerys makes one hell of an entrance, it’s time to get down to business. And it’s clear that Euron has little time for any of the formalities. He pushes at Tyrion, with Cersei, of all people, telling him to move past insulting Tyrion. This is more out of wanting to move on with proceedings rather than any love for her brother. After The Hound brings in the wight, we finally got to see something that is rarely seen in Game of Thrones. Cersei looking terrified. She hides her emotions well, so when she lets her face slip from an emotive aspect, it’s a big deal.

Despite believing in the White Walker threat, with Jon refusing to swear loyalty to the Lannister’s, Cersei ends the meeting. It is only through some truly vintage Tyrion magic that she returns to the negotiations. But have no fear, I’m not going to pass over that scene between Cersei and Tyrion. Wow. Take a bow Lena Headey and Peter Dinklage. You will not see a more powerful duo performance on TV all year. This was some of the greatest acting ever seen on the show, and the emotions and timing of all the dialogue were perfect. Lena Headey stole the finale, she was just unbelievable here.

Despite Cersei pledging her armies to fight the army of the dead, all was not as it seemed. She confided in Jaime that she has no intention of keeping her promise. And it was at this moment that a good chunk of the hold she has over him crumbled away. Jaime see’s the bigger picture but Cersei is unable to let go. We also get another Golden Company name drop, so they should appear in the next season. After another Jaime death tease, with The Mountain, he flee’s King’s Landing and appears to be heading North for Season 8. Hopefully, Bronn gets out too and meets him there.

At Winterfell, we finally end the painful ‘Stark girl rivalry’. The show sets up Arya to face trial, overseen my Sansa. And then Sansa looks towards Lord Baelish in the most cartoonish way possible. We all knew this moment was coming. But the way they got there was truly terrible. Yes, Littlefinger is one of my favourites so I have some bias. But the writing was dreadful. They have force fed us all this fake non-drama and then done the big ‘Stark children all get together to plot’ off screen. And you’re supposed to just buy into that as a big moment? It wasn’t, it felt rushed and it was over so quickly you hardly had time to blink. I’m sad to see Baelish go, but if it means the end of Arya and Sansa’s bullshit then so be it. This potentially big moment was not big at all, it was actually very forgettable. 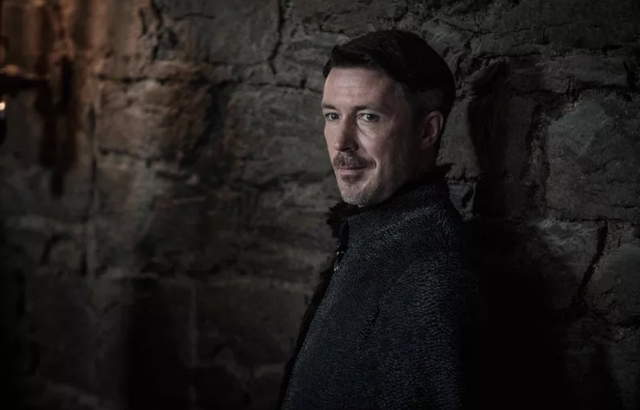 Sam is now at Winterfell, and while we won’t get a Stark children/Sam reunion with Jon this season, at least they are all in the right place. Bran and Sam’s help bring a little humour in what was a very serious episode.

And in rather blase fashion, Bran confirms R + L = J. While the flashback scene felt a little rushed, it was his narration over Dany and Jon’s sex scene that really stood out. I mean, it was just weird. But as we saw, Tyrion looked worried about Jon going into her chambers. There could be a number of possibilities why, but alas we won’t find out until next season.

Theon and Jon have a nice interaction at Dragonstone that sets Theon onto his Season 8 story arc. He will go and rescue Yara from the hands of his uncle. I expect this to also be his exit from the show in some kind of sacrifice to complete his redemption arc. He gains the respect of his men by taking out one of the dissenting commanders in a brutal fight. Poor fella went for a nut shot, I guess being an Action Man in the trouser department does have some upsides.

And how can we not talk about the ending? The army of the dead arrives at East Watch, with the Night King riding on the back of the resurrected Viserion. Blue flames people, blue flames that bring down the wall and sends the army of the dead spilling into the populated North. I’m sure the blue flames will be explained at some point, but for now, it was a stunning visual that was the perfect way to end the episode on. We had lots of Season 8 seed planting and long standing sub-plots to finish off. So it made sense from an entertainment point of view to end the show on a visually exciting high.

A fitting finale for a very strong season. The episode finally brought our main characters together and there were plenty of enjoyable interactions, especially during the scenes in King’s Landing. As for that ending? Season Eight cannot come quick enough.
The season has improved the pacing, with a little sacrificing of the fleshed out storytelling aspects, but that has been propped up by amazing action sequences and fan servicing. For those who dislike this new format, get used to it, because this will not change, in fact, it will probably increase as the final season draws closer.

Looking back at the season as a whole, I would say it has been one of the most enjoyable to date. Some, however, believe the opposite. They feel annoyed that characters transporting around Westeros and that the complexity of the storylines has lessened. It’s acting as pure fan service and the show is suffering because of these things.

While I can see that point of view, I’m in favour of the pacing. Take Jon for example. It would have taken him seven full seasons to complete all the traveling that he has done this season. I’d rather he just arrive at Dragonstone in the next episode rather than taking the entire season. As for the complexity of the storylines? This is a TV show and a TV show that is running out of time. There is no time to drag it out like the books. While the complexity of the stories has dipped, they are still very much enjoyable. Well, everything apart from the Stark children arc at Winterfell. Seven hells.

It’s taking seven seasons, but finally, Winter IS here… See you in Season 8. Thanks for reading.