It was always going to be a monumental challenge to try and reach the heights set by season one of Stranger Things. But from the series of outstanding trailers they put out, in the build-up to the release of Stranger Things 2, you had growing confidence that they were on course to achieve this. So, is Stranger Things 2 better? For me, not quite. It suffers from two key aspects, lacking the surprise factor and it was probably one episode too long.

When the first season of Stranger Things hit our screens it was totally unexpected. You were heading into the series blind and not knowing what to expect. This made everything that happened that more impactful on the senses, everything was new and exciting. Stranger Things 2 then had to meet these standards, but when watching it, as extremely enjoyable as it was, you had the sense of comfortable familiarity rather than awe. It was adding to the established, expanding the world without ever delivering something totally unexpected. 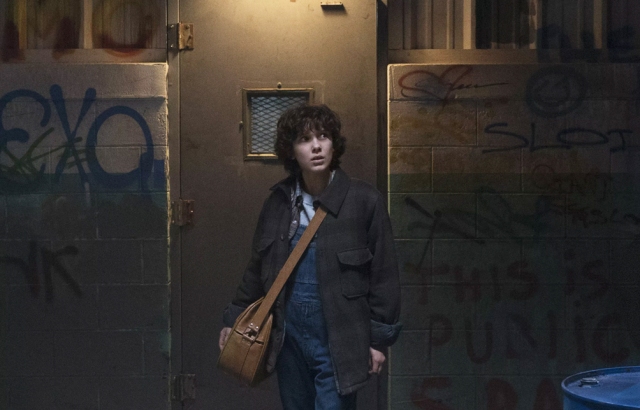 This season also had an episode extra, seemingly to fit in the events of Episode Seven ‘The Lost Sister’. This episode stood out for me, and not in a favourable way. I get they were planting seeds for the future direction of the show, but it interrupted the flow of the series as a whole. It was a risk, and the Duffer Brothers should take some credit at trying to be a little different with their storytelling. However, It felt like a totally different show in that episode, which had a real jarring effect. This episode could have easily have been inserted between scenes in episodes Five and Six. The pay off at the end of the episode was good, but it did not merit an entire episode focused on this mini story-arc.

While these two issues dented my enjoyment of the show, it did not come close to ruining it. And the quality of story, writing and cast performances were phenomenal overall. The show is still excellent, and while you can give a pass for the ‘new factor’, the mishandling of one of the episodes does leave the show open to some valid criticism. 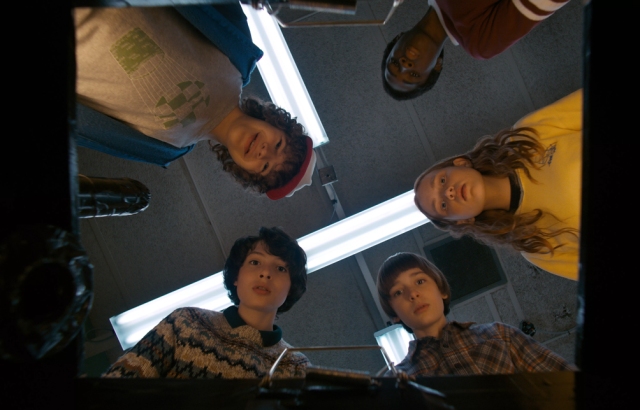 One of the most valuable assets of Stranger Things is the cast. As good as the writing and story were, it was the cast and characters that really hooked you into the show. Once again every involved delivers. Finn Wolfhard (Mike) and Millie Bobby Brown (El) are once again very good, delivering emotive performances beyond their years. This despite Mike taking a bit of back seat this season, when he was given the screentime he delivered the goods. Noah Schnapp (Will) may have been in the background a lot in Season One, but here he delivers an outstanding performance. He was the strongest child actor on the show and is range and diversity was a joy to watch. There was also a step to the forefront for Gaten Matarazzo (Dustin) who was excellent with his comedic timing and delivery. As for the rest of the returning cast, they all put in the same calibre of performance as they did previously if not slightly better.

I also want to give a special mention to David Harbour. He deserves to be singled out because I think he took his character to another leavel this season. His individual arc reaches highs and lows that tear at his chalevel. He handles his story with tremendous ability and elevates the story further through his performance. I think Hellboy is in good hands.

It is the new characters that I want to focus on the most, however. Most noticeably the step-siblings Sadie Sink (Max) and Dacre Montgomery (Billy) as well as Sean Astin (Bob) and Paul Reiser (Dr Owens). Max had a much larger role and impact on the story than I had previously imagined. She was the sort of character that the group needed and her journey throughout the series was well paced and made a lot of sense. Sadie Sink is also yet another astonishingly good child actor. Where are they getting them all from?

As for her step-brother Billy, he was the cliche 80s high school bad boy. But he was excellent in the part he played in the story. He also had one truly outstanding scene which saw a confrontation with his father. This was a huge moment and it gave a whole new dimension to his character, one that is hopefully explored further going forwards.

In terms of the adult cast, Sean Astin was the most prominent new arrival. He played Bob Newby, Joyce’s new boyfriend. While seemingly hopeless and his portrayal was that of a bit of a joke character, he actually was a massively grounding character that had a huge effect on the story and the other characters. The old adage of ‘not all heroes wear capes’ was true here with Bob, and the show was much stronger because of his presence.
Paul Reiser was the new head doctor at the Hawkins Lab and he walked the line of friend or foe perfectly throughout the series. A little underused perhaps, but having a grey character rather than purely black or white, made his motives totally unpredictable. Reiser was also in Aliens, and there is a big nod towards the film in this season that was also a nice little extra.

As for the story, the opening scene and Episode 7 is a clear indication of the future of the show. It’s the end game. But the show was written well enough that all the sub-plots were able to play out at a nice pace and the flow of the show was, on the whole, very good. They did repeat a lot of plot beats and triggers from season one, however, and you can only do this once. But they used it all to good effect here. For season three they are going to have to be a lot more creative with how they package and present their stories.

Stranger Things 2  moves away from horror formula and shifts towards a more sci-fi based aesthetic.  It felt like it planted a lot of seeds for Season Three, and while it may have had an impact on this season, some of these issues may make more sense next season. But still, the core of the show, the heart and soul of childhood friendship and determination remains.Once again we are treated to some outstanding performances and that remains the show’s strongest asset.