One of the biggest jewels in Netflix’s crown, Stranger Things is back for an eagerly anticipated second series.

The first series was a huge success, and rightfully so. The expectation levels on this season are through the roof and as well as the excitement, there’s a tiny hint of nervousness. They’ve set the bar so high, they run the risk of never reaching those heights again. But, from everything we have seen so far, it appears they have cracked it.

It’s clear from the trailer that they are going ‘bigger and badder’ this time around. All the core characters are back and Eleven’s re-introduction in this trailer was perfectly executed. We know she was always going to come back, and we saw her possible return in the previous trailer.

As you can imagine, there were once again plenty of pop culture references to tug on those nostalgia strings, and this feels like a series that is going to keep on getting better and better.

As always, we have gone through the trailer and picked out some key scenes for discussion. If we have missed any you want to talk about, get in touch with us in the comments below.

Who You Gonna Call?

We know they have used a lot of the Ghostbusters imagery in most of the promotional material. But here the composition of the shot is a mirror image taken from the 80s classic. This kind of mimicry not only keeps with Stranger Things‘ nostalgia concept but just look at this shot! It’s simply stunning. What a visual.

She’s baaaaack! Millie Bobby Brown became a household name overnight thanks to her simply phenomenal performance in the first season of Stranger Things. This trailer infers that she will be taking her character to a whole new level. Some of these shots of pure intensity and power are so tantalising to watch. She has such an outstanding on-screen presence, we cannot wait to see her saving the day once again.

Crank Up The Drama

This trailer just confirms, even more, the fact that the drama and emotions are going to be taken up a notch. Name dropping pop culture references was the fun side of Stranger Things, but it was the heart of the story, the family and friends drama that really was the selling point of the show. The cast from top to bottom is exceptional at what they do, the characters are perfectly cast. We cannot wait to see what this next chapter has in store for our favourite characters.

We’re super excited to see Sean Astin join the cast! He will play Bob Newby, a former classmate of Joyce and Hopper. He will also be Joyce’s love interest this season, setting up some potential drama between the former classmates? From what we’ve seen of Astin so far, he looks like he fits right into the show’s aesthetic.

We also have a new kid joining the group. Max is said to be a tomboy, strong and independent. I think she’ll be a big asset to the boys while they search for Eleven. It’s important for the show to have another strong female character in the group. Her step-brother is another new character, Billy and the two could not be more different. He’s set for the human antagonist role in the series who will look to cause trouble for the likes of Nancy and Jonathan. 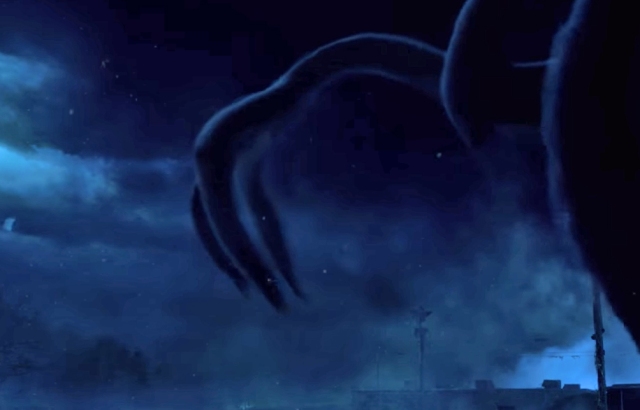 We still don’t know much about this new creature, but all we know is that it’s huge and it has some kind of a connection with Will. It just looks so imposing and threatening, it really ties in with the notion of taking the show onto even bigger (literally) things.

The Monster in the first season was on the ground, and had an Alien vibe to it, the fact that it could just reach up and grab you. Whereas this new monster seems to use some kind of ‘smoke tentacles’. It will be interesting to see how this plays out.

So there you have it, our breakdown and review of the final trailer for Stranger Things 2. Tell us what you thought of the trailer and any thoughts on the upcoming series in the comments.