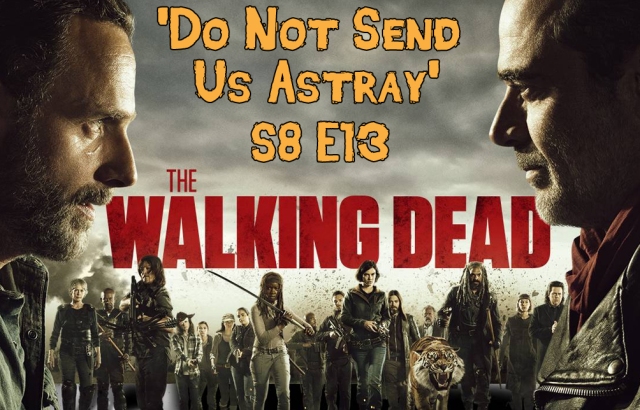 Following on from last week’s episode was always going to be a tough job to pull off. It was one of the best episodes in a long time. And while this episode could not reach those heights, it was still a really strong episode.

I have stated in previous reviews that Season 8 has been a strong one, on the whole, for the show. It’s addressing some of the issues some fans have, like pacing for example. And while the middle of this episode did fall into a little bit of a lull, it recovered strongly. The Walking Dead has issues to fix, there is no hiding that fact. But they are getting there, and with a change of showrunner for next season, we might just be seeing a full return to form for the show.

So, onto the episode. There was a lot happening here with plenty of characters getting in on the action. The location was Hilltop and we finally got the Hilltop v Saviors fight that was promised in the previous episode. It was good that they went straight to it and not attempted a filler episode or shifted focus to other stories. The excitement levels were raised last week, it was time to follow on from this and cash in on it. And boy did they!

Simon’s Saviors didn’t get off to a great start. Maggie’s battleplan worked like a treat, not only taking out a good number of enemies but further establishing her character as a strong leader. I loved it when they allowed the Saviors into Hilltop and hit them with the lights and machine gun fire. It was the perfect trap. Daryl even got in on the action! He’s been a frustrating character all season, but his motorbike gun charge has given him a much-needed boost.

But as with all things in The Walking Dead, the good times rarely last. Tobin is stabbed, which lead to a nice hero moment for Siddiq. Tara was also shot, but to my dismay, it was by Dwight, in the arm, guaranteed to be with an un-infected arrow. So she lives. For now. Despite fending off the Saviors, they took casualties from arrows and knives, and we all know that was part of Negan’s plan… 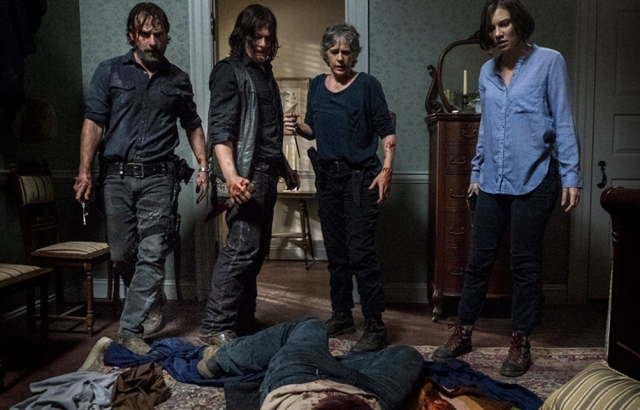 After a nice scene with Tobin and Carol, you realise that Tobin was probably stabbed with an infected blade. Not long after we see Tobin in bed, looking very pale. He then turns and starts munching his way through the hospital wing, creating even more walkers. Somehow a bunch of Hilltop walkers managed to make it into the main building where everyone is sleeping. While the visual and idea behind the scene was good, it was also a little silly. How did nobody hear groaning walkers walking into the house? A few even got munched before the chaos began.

While all the carnage of the house is going on, Henry unlocks the holding pen containing the Savior prisoners. The stupidity of the character and this subplot ends with Henry being knocked to the ground, as one of the captive Saviors has also turned. I’m glad that half the prisoners decided to stay, as it once again shows it is good on both sides. Also, Alden is a likeable character, I have hopes that he and Jesus strike up a partnership. Speaking of Jesus, he’s back on our screens! Albeit not doing much. Such a waste.

In terms of other things in the episode, Morgan was having hallucinations. Though I’ve given up on him as a character and it feels like they are just winding him down before he departs to the sister show. We also got to see some great background acting from Kal. It’s always nice to see Kal.

Overall this another solid episode of The Walking Dead. Last week’s masterpiece was a tough act to follow, but this episode more than held it’s own. It had some great action moments, some nice dialogue and had an ending that leaves you desperate to see what happens next.