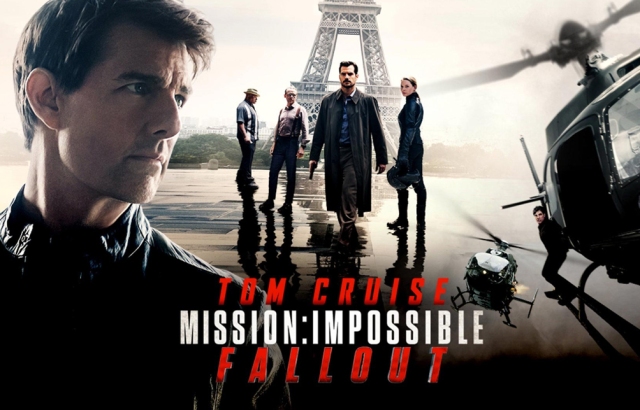 With a long-running franchise, you run the risk of the quality fading over time. But in terms of the recent Mission Impossible films, the quality is going up. This probably comes close to being the best in the franchise so far. In fact, it might just be.

Ethan and his team are once again on the run, with the world once again in mortal danger. In classic ‘race against time’ fashion, Ethan must avoid old enemies, familiar faces and sinister forces to avoid a global catastrophe. It’s vintage Mission Impossible!

First and foremost, the story here is very, very good. It is slick, logical and has twists, turns and thrills around every corner. The look of the film is also just as strong. The locations, the set designs and the colour palette are outstanding. But no matter how good your story and look is, if your cast can’t deliver, then it’s nothing but window dressing. 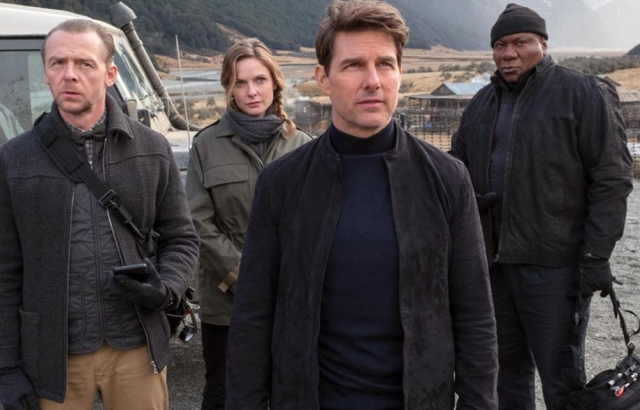 A lot can be said about Tom Cruise. A regular weirdo offscreen, and recently he’s been drifting between hits and flops. But there is no denying his presence and tremendous talent in the Mission Impossible franchise. The effort and dedication he puts into these movies is nothing short of phenomenal. He puts his body on the line, or ankle in this case, every time and this just helps enhance the viewing experience. You know that he’s doing these dangerous stunts. These epic moments are not only a staple of the franchise but are landmark moments in modern cinema history.

Cruise excels in the role of IMF agent Ethan Hunt, he’s got the character nailed down.  Hunt is at his best when he’s on the run and trying to avoid all these different organisations. This premise never gets old, and in Fallout, he is at his very best. This is a big win for Cruise, and with The Mummy in recent memory, it was greatly needed.

So now we move on to the man with the moustache, Henry Cavill. Do you know something? I’d take the weird Superman CGI mouth in Justice League because of how amazing that top lip caterpillar looked in this movie. It was a thing of beauty. As for Cavill himself, he was faultless. His character was really strong throughout the film and felt like a constant threat to Ethan. His own journey in this movie was also well-executed.

A lot of love needs to go out to Rebecca Ferguson also, as she was once again a much-needed breath of fresh air for the franchise. Her character is strong, independent and a no-nonsense, and once again she was brilliant here. Pegg and Rhames were once again steady, providing the humour and one-liners to break up the intense action sequences. Sean Harris is back and I’m pleased with that as he was a really interesting character in Rogue Nation. As for the older heads of the film, Alex Baldwin and Angela Bassett were the cherries on top of the cast cake. 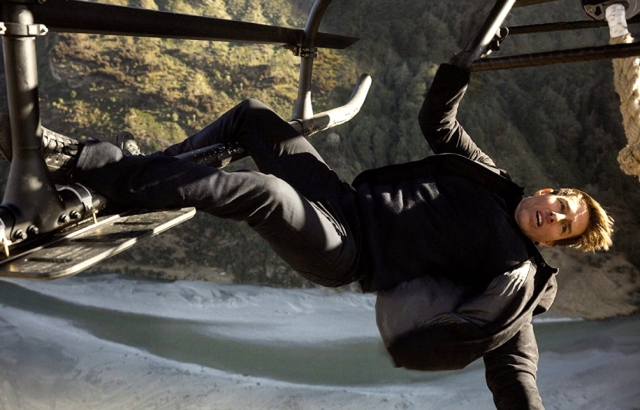 So, engaging story, great cast… let’s talk about those stunts!

A lot was made of THAT jump, but that was not the only moment in this movie that had you on the edge of your seat. The action was unrelenting, and not in an 80’s Commando way, it was smart action, it complimented the solid story foundations. The ‘big stunts’ were brilliant. You could go and watch these movies for them alone. In the movie business, no one else comes close to delivering these spectacles like these films deliver.

The future of the franchise is strong, and it shows no sign of slowing down anytime soon.

Mission: Impossible – Fallout is a contender for the best MI film to date. It’s phenomenal cast execute the film’s exciting and thrilling story perfectly. The big action sequences and stunts are some of the best that you are ever likely to see on the big screen. Whether you are a fan of the series or not, this is a movie you MUST see. Mission Accomplished.