The final post-credit scene of Avengers: Infinity War gave us our first full nod towards the impending introduction of Captain Marvel into the MCU. While a Captain Marvel teaser wasn’t the big talking point after the movie, now that we’ve mourned the loss of our favourites, we can now begin to look forward to the next film, Captain Marvel.

I think in terms of the casting, Brie Larson is a really strong choice, and I have no doubt she will do really well in the role. The film is due to be set in the 90s and will feature a lot of familiar faces. Given the nature of the origin story and source material, this is a smart move. The film will be able to tell its story, introduce this character to an audience, who may have little to no knowledge of her, and build her up as a real force before she walks into Infinity War Part 2. She is going to be a BIG part of the MCU going forwards, so she needs a strong debut in her solo film and to be a big player in the next Avengers movie.

I’m sure by now you have watched the trailer, but just in case you’ve landed here without seeing it, or if you just want to watch it again, you can watch the trailer below.

As always we pick out the TOP 5 moments that stood out the most.

Other than crashlanding onto the set of F.R.I.E.N.D.S, there was no better way to hammer home the timeline of this movie than crashing headfirst into a Blockbuster Video. It instantly put a smile on my face and I was onboard, not like I wasn’t already. As I’ve already mentioned, I think the 90s setting is a brilliant idea and I cannot wait to see what else they throw at us from this time period.

I’m excited to see Sam Jackson, not only with two eyes but also in an environment that is not established as superhero heavy. It will be interesting to see how much the S.H.I.E.L.D and Hydra elements come into play and if they have any say on proceedings in Captain Marvel. As well as seeing Danvers interact with such an established character the trailer did a fantastic job with its flashbacks and imagery. Having cuts from Danvers as a child to an adult in a similar situation not only tells a story visually, it was also a clear indication of a journey of growth and strength. It was very powerful. 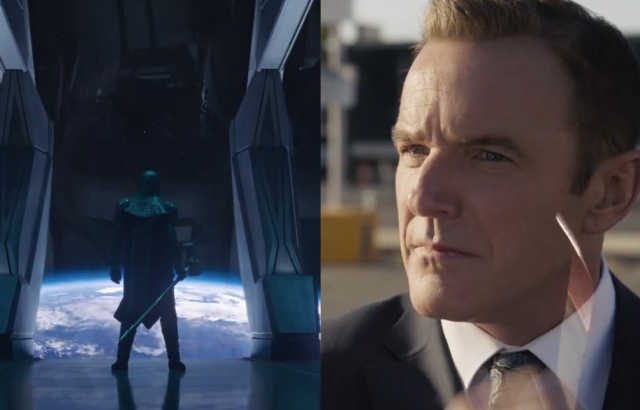 We know that established MCU heroes and villains will be popping up in Captain Marvel. A younger Phil Coulson and, hopefully, a much more threatening Ronan the Accuser was just some of the faces the trailer teased. It’s going to be really exciting see some returning faces, especially Coulson, who was an important character in the MCU movies, albeit in a subtle way.

There were plenty of little glimpses of Danvers leading her Kree team members into action. Whether in flashbacks or covering the first act, it looks like we will be seeing Carol in her Starforce role a lot! The space theme is now well established in the MCU thanks to GotG and Ragnarok, so more space action is not going to feel out of place. So the more the merrier! 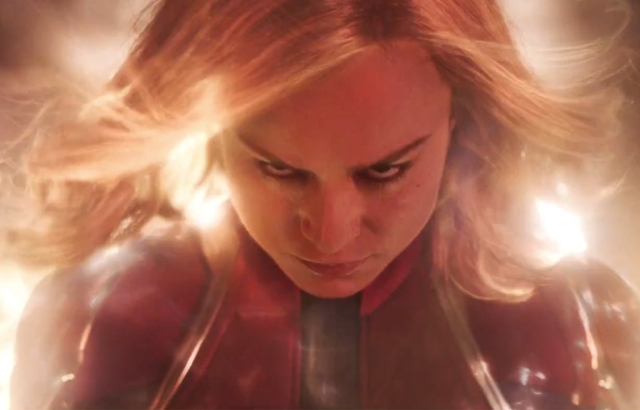 There is your money shot. Danvers in her traditional attire about to go full Super Saiyan. It nice to see her in the traditional outfit, but it was even more important to really hammer home just how much power she wields. I said earlier on in the article that it was important to show how powerful she is to an unaware audience. They nail that here. It’s very clear that this ‘new superhero’ is immensely powerful, and given that she will be taking on Thanos not long after her solo film, she needs to be built up as a big player.

Captain Marvel is due in cinemas in March 2019.

What was your trailer highlight? What are you wanting to see most in the film? Let us know in the comments.