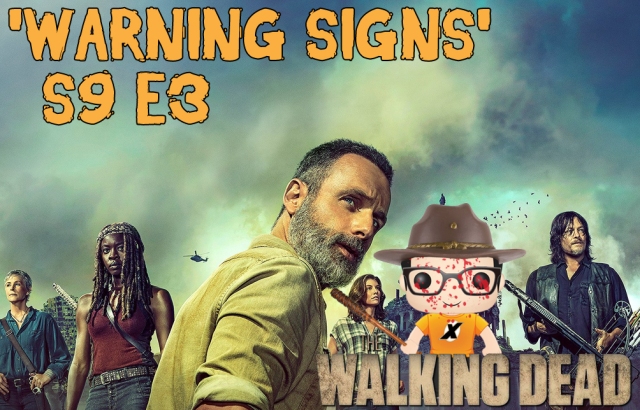 Last week the episode ended with Justin bumping into someone and getting dragged away. I started theorising that it was either Saviors or Whisperers. What I didn’t imagine is that this week’s episode would kick off with zombie Justin. I am still in total shock about this. Why on earth would you bring someone as talented as Zach MacGowan into your show only to kill them off screen? His position in the show has essentially been at the same level as an extra with dialogue! This makes no sense to me. This actually angers me. Such an enormous waste. I can’t help but feel massively short-changed. So how did he die?

Well, the show actually does a good job at unravelling this mystery. The Saviors who want out, like Justin, see themselves as victims and under threat. Rick has half an eye on Daryl, who would more than happily see Saviors like Justin out on their own, one way or another. This line of thinking leads to an outstanding dialogue between Rick and Daryl and the camp. This exchange was so good to watch, this felt like how the show used to be. It was a nice feeling.

So after a few twists and misdirects, it turns out that it was Beatrice, who killed Justin. Beatrice and Cyndie, as well as other women from Oceanside, are taking their revenge on the Saviors who wronged them and killed their families. Maggie and Daryl find Arat on her knees, begging for her life. Maggie is given the credit for inspiring this brand of vigilante justice after she executed Gregory. Instead of interfering, Maggie and Daryl just walk away, leaving Arat to be killed. This fuels my Governor 2.0/Maggie exit theory even further. Ok, sure, Maggie showed another hint of hesitation and regret, but she still didn’t stop it. It’s going to be interesting to see how this one plays out. 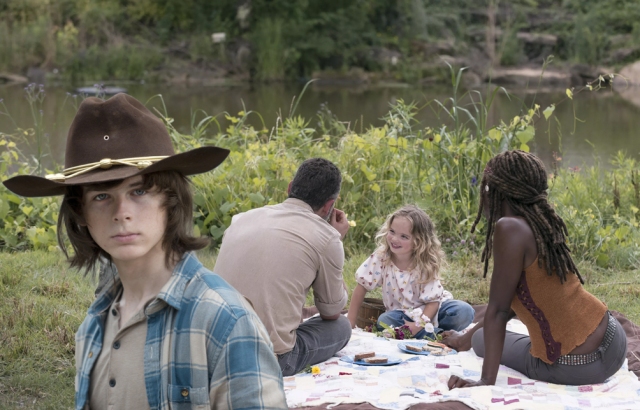 Back at Alexandria, we get treated to a lovely montage of Rick, Michonne and Judith. There was plenty of love and warmth in these scenes, something the show touches on very rarely. I particularly enjoyed the stick sword fighting between Judith and Michonne. That was cute. The imagery mixed with the music did remind me of ‘Carl’s last day’. There are some very obvious parallels, and while I don’t expect Rick to be gone next week. There was a sense of foreshadowing here, and not for the first time in this episode. I’ve already mentioned how much I enjoyed the scene between Rick and Daryl at the camp. But Rick talks about Merle and not killing that one person, I can’t help but feel he’s setting Daryl up so that somewhere down the line, Daryl may need to take Rick out, ‘for the greater good’. I could be way off, and I hope I am, but it did get me thinking.

At the scrapyard, Anne finally confirms to the audience that she DOES know about the helicopter. She gets on the radio and the person on the other end starts talking about ‘As’ and ‘Bs’. The obvious assumption here is it’s the Whisperers, with the Alpha/Beta connection. But it could also be a bluff. We find out that Anne/Jadis was trading people to this group in exchange for supplies. This could also explain why ‘Jadis’ had Negan tied up in the car at gunpoint last season. Was she planning on delivery Negan, the ‘A’, to this mysterious group? Gabriel follows Anne to the scrapyard and chooses the group over a new life with her. Anne says “I thought you were an A” and knocks him out. Does standing up to her now make him an A? Who knows. But I’m interested and eager to see where this story goes. 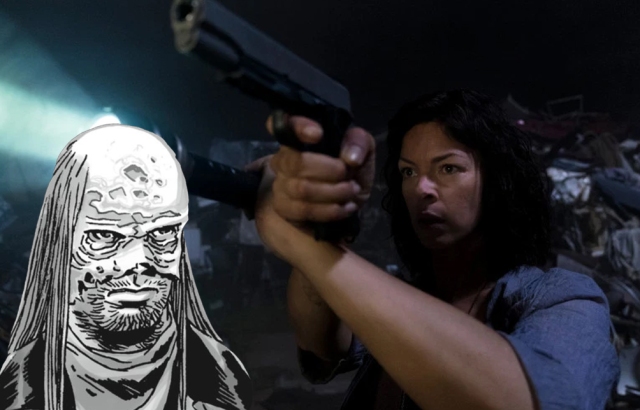 In the grand scheme of things, Rick’s rules are looking more right by the week. But that would be all flowers and rainbows, and in a show like The Walking Dead, that’s never going to be the outcome. I can see a lot of more confrontation and secret executions down the road, and this will finally lead to Rick’s exit from the show. He won’t leave his family, so it’s looking more likely that the solution may be permanent and very, very bloody.

Overall, this was probably the best episode of the season to date. It had a lot of stories to set up but did so at a pace that still made the episode enjoyable to watch. In previous seasons they have dragged the setup episodes out too long. They addressed this here. I’m not sure what will happen next week, but it’s safe to say that Season 9 of The Walking Dead is really coming together nicely.