Game of Thrones Season 8 continues to go from strength to strength!

This time around the reunions continued, as more and more characters started to interact, tying off storylines and story arcs ready for the big battle next week!

Each week, Ben and Rob will look at the episodes best moments, what they didn’t like, the MVP character and what they think will happen next. As always we welcome your comments, thoughts and feedback!

If you haven’t done so already, you can check out our S8E2 review.

Ben: I covered all my favourite bits in the review, so what are your picks this week?

Robert: How about every scene with Tormund? This guy is hilarious! From him making advances on Brienne to his story of being breast fed by the wife of the giant he killed when he was 10 years old, I just couldn’t stop laughing every time he was on screen.

Ben: Or when he asked if the big woman was still around! That killed me. Was there anyone in this episode you thought stood out?

Robert: I think we forget what it’s taken for Sansa to reach this point. From being married to Joffrey only to escape and then marry the devil incarnate, Ramsey Bolton, she’s not had an easy journey. Seeing how emotional she became with Theon’s return to Winterfell was really touching. She may be hard-faced and driven now, but Theon (or Reek) saved her when she was at her most desperate.

Ben: Oh, the Sansa/Theon embrace was so good! That got my tearing up!

Robert: You then had the very final moment of the episode where the Night King and his white walkers lined up just ahead of Winterfell was equally terrifying and exciting. Part of me expected to see dead versions of characters who have met their fate, but maybe that’s still to come?

Ben: I fully expect to see some familiar faces among the dead. I think we will have some shocking, big moment reveals.

The Not So Good

Robert: Again, there’s not really anything that bothered me. Although I will say it just felt wrong to watch a sex scene involving Arya.

Ben: Yep. For the second week running, I’d have to agree with you fully. No issues with the episode apart from the Arya/Gendry scene. As I said in the episode review, I know she has done sex scenes in other projects. But I still picture her as this little girl still. So it was just very awkward to watch. But I’m glad for them regardless. 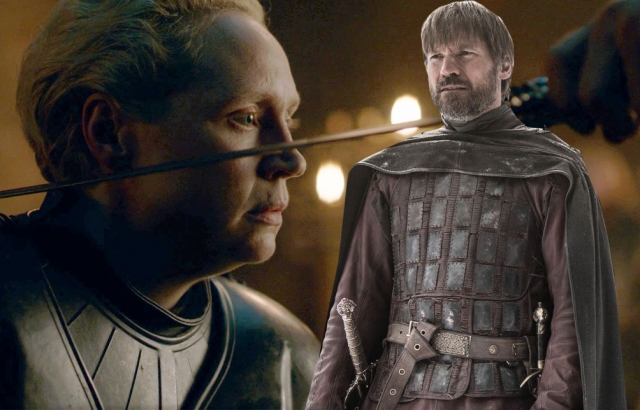 Robert: I’ve gone back and forth with this but I’m going with Jaime Lannister. This man has shown complete honour by facing up to the people he has wronged. He’s made a point of apologising for the evil things he’s done and that really can’t have been easy when he was faced with so much animosity.

Ben: I’ve gone for my boy Jaime too. He has had a phenomenal journey since that first episode. His redemption arc has been one of my favourite things of the entire show. I just have a feeling it’s one event away from completion, but I’ll talk more about that later!

Robert: My main reason for picking him this week though is due to him knighting Brienne. I’m a crier. I cry at TV programmes. But this is the first time an episode of Game of Thrones has made me get teary-eyed. Brienne deserved that. She’s loyal, she’s honourable and she’s a damn good fighter, so well done Jaime!

Ben: You’re not alone there. My eyes teared A LOT during this that scene! 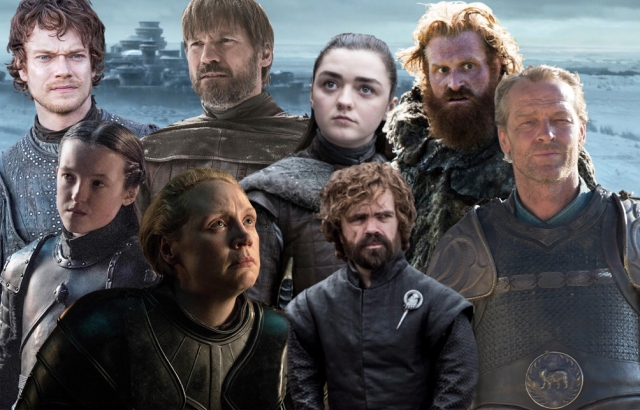 Who Is Going To Die In Episode 3?

Robert: This is so hard to call, but with it being a huge episode I’m expecting multiple deaths. I think the people in the crypt aren’t as safe as they think they are and Sam’s bravery will be pushed to the limits.

Ben: I think we’ll lose two main characters, plus LOTS of secondary characters, including all my favourites. I think it’s going to be a lot more than people are expecting. The big two will be Jaime (my boy) and Brienne. She has her knighthood, that’s her arc done. And I think Jaime will save her in battle but takes a fatal blow, the two of them side my side on the battlefield, dying together. I’d HATE this, as I love Jaime, but I can just see a selfless sacrifice as the final act of an outstanding multi-season redemption arc.

Robert: I also have a feeling we may be saying goodbye to Brienne which will be devastating. Tormund or Eddison Tollet, Lyanna Mormont are also some of my guesses. Then we have the main cast. Maybe Theon or Arya or Tyrion.

Ben: The Little Bear? Interesting. That would be some statement!! I fully expect to see a lot more go if i’m honest. I think we’ll lose Greyworm, Berec (my boy), Ser Jorah (Also my boy), Ed (another of my boys), Tormund, Davos, Podrick, Ghost and Gendry.

Robert: I think people like Jon, Daenerys, Sansa and Jaime have more they need to do so I’m expecting they will be safe.

Ben: Yeah. I think the Starks will be fine, same for Daenerys and Tyrion.

So there you have it! What did you make of Game of Thrones‘ Episode 2? Let us know in the comments or on one of our social media channels!

One reply to “Game of Thrones: S8E2 – Spoiler Talk”