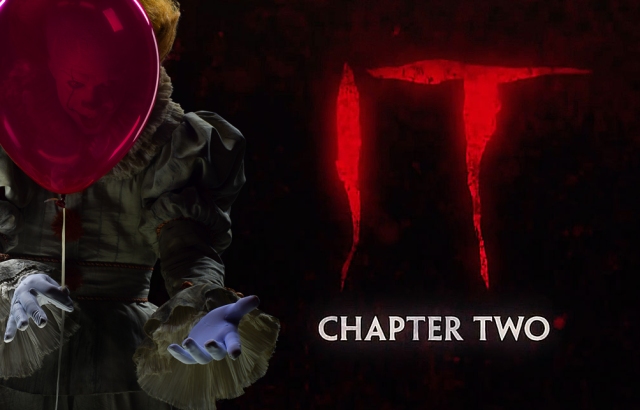 IT (2017) was a success both with critics and at the box office. The film’s relatively small budget of $35m saw an incredible return of over $700m worldwide! So a sequel was never in doubt! But can IT: Chapter Two live up to it’s predecessors success? If this first trailer is anything to go by, it stands a very good chance!

From the off, you are immediately drawn back into this world, but this time around we have the added factor of The Losers Club now all grown up! The TV adaption was constantly switching between the past and present, where as the first movie purely focused on the events in the past. When they announced a sequel, the assumption was that we’d then fully switch to the adult cast. But that turned out not to be the case when they announced the original cast would be back. So it looks like they will be switching between the two timelines, which I think is positive. The kids were such a hit with cinema-goers, to not have them involved would have been criminal!

If you haven’t done so already, be sure to check the trailer below.

It’s great to see the new cast members, and on the whole, they’ve got the casting spot on! But of course, it’s the familiar faces of the child actors that draw you back into this world. As well as having the returning cast, having Andy Muschietti (director) and Gary Dauberman (writer) back is just as important! They smashed it with the first movie, so here’s hoping that they can continue that winning formula.

Pennywise looks terrifying as ever and Bill Skarsgård has already said that he’ll be “even more vicious” this time around. He was so good in the first movie! I recently watched it back and I spent a lot of time really looking closely at his performance. There were so many fantastic subtle elements that made this character such a hit. I don’t think he gets the appreciation he deserves.

As always, we have picked our top five scenes from the trailer to take a closer look.

Get The Hell Out Of There!!

I thought it was interesting for this ‘teaser trailer’ to focus on a full scene. I didn’t expect it. I thought we would get a few scenes and finish on a shot of Pennywise. So for them to give over two minutes of a scene away, will either be a smart move or a dumb one! Are they planning on releasing future ‘character trailers’ like this? Each adult version returning to the scene of their childhood nightmare? But if this happens, would they be giving away too much of the movie? It will be interesting to see what the next trailer looks like.

As for this opening scene with an adult Beverly Marsh (Jessica Chastain) I really didn’t like it but in a good way! It did the perfect job of unsettling me and genuinely making me feel very uncomfortable. In the TV mini-series, this scene was one that really frightened me as a kid, and their updated version looks to be even scarier! Joan Gregson is outstanding here! The way she just stops talking and is frozen at that moment. Chilling.

Very clever. Very clever indeed! What a smart way to establish the concept of the kids all grown up by using the reflection from the window. It will be a help to those who have not read the book or watched the mini-series. But even for those who have, it acts as a nice transition for the audience. But have they given the game away?

At a glance, there is nothing to it, but when you examine it more closely, it becomes clear. Five people, seven reflections. This could just be a trailer thing, but up next the number game gets even more interesting…

Mirror Mirror On The Wall

Hey look it’s that shot for the first film but the kids are now adults! Wait, only six? I told you it gets interesting. Now those who have consumed IT in other media can work this one out. But what about the reflection when there is five? That doesn’t fit? A change of the story or simply some trailer trickery? Time will tell!

As for this shot in particular, I love it. I loved it in the first film too. I like that they are giving us these little throwbacks. But I hope that the film doesn’t rely too heavily on them and will continue to evolve and bring something new to the table.

Hader And Shoulders Above The Rest

I think the casting for the adult version of these beloved characters has been pretty good. I still have my issues with Chastain, but I’m still going into this movie open-minded. I love James McAvoy and I think he’ll be a solid co-lead for the movie. But for me, Bill Hader has a big chance of stealing the movie, just as his younger self, Finn Wolfhard, did in the first film.

His background is obviously comedy, but has had some serious roles too. I think he’ll be able to pull this off and get that balance of humour and horror. I’m really looking forward to seeing what he brings to the role.

Hello… Is It Me You’re Looking For?

As I mentioned before, I think Bill Skarsgård’s interpenetration of Pennywise is truly phenomenal. It’s a multilayered performance that is both horrifying and darkly humorous at the same time.

This was the perfect way to end the trailer, it was so scary. That music, mixed with his chilling voice, just sent my excitement levels through the roof. It feels like they are really going to be pushing Pennywise to his limits in this film and I hope they really get creative with him.

IT: Chapter Two is in UK cinemas 3rd Januar

What did you think about the IT 2 trailer? Let us know in the comments!