My Wishlist for The Rise Of Skywalker

We are just a few days away from the end of the Skywalker Saga! And I don’t know about you, but I don’t think I’m ready to say goodbye…

Well, I say that, but it’s not exactly like we are going to be devoid of future Star Wars content is it? It’s not like back in 2005 when I was sat in the cinema after just watching Revenge Of The Sith for the twelfth time and thinking that I would never see another Star Wars movie again! But even so, knowing that this decade and generational spanning franchise will finally see closure is still a sobering thought!

I’m very nervous about going into Episode 9, but then again, I have felt the same way since I first went to see Episode 1! It’s Star Wars, my favourite franchise of all time, I just want it to be good! After the backlash of The Last Jedi, which is still one of THE GREATEST Star Wars movies of all time, I was a little concerned that the studio may have decided that they couldn’t afford to be as bold and creative again. My biggest fear going into Episode 9 is that they have reacted to the internet and reverted back to the formula they used in The Force Awakens. That’s not me saying Episode 8 was bad, it wasn’t, I loved it! It’s in my top 5, easily! I just really enjoyed the bravery of The Last Jedi in how they tried to add new elements to the established Star Wars universe. Going forward, I want Star Wars to evolve, it has to! Don’t re-tread the same tropes that have come before. Look at new ways of telling these stories and really get creative with it! Look at Star Wars: Rebels, the mythical elements and the ideas they came up with are some of the best in all of Star Wars! There is a balance to be struck in giving the fans what they want but also still pushing the boundaries and giving us something that we haven’t seen before.

So, with this in mind, I have put together a list of things that I really hope to see in The Rise of Skywalker as well as things I really hope they avoid. Enjoy!

Episode 9 was always going to be Leia’s movie, but after our beloved Carrie Fisher passed away, there were questions on how the story would play out, now that she was sadly no longer with us. With the plan to use un-used footage they are confident in doing her character justice. I hope this is the case, and while I don’t imagine she will feature as much as Han or Luke did in their movies, I still hope for a sizeable contribution from our princess, our general and our Carrie! 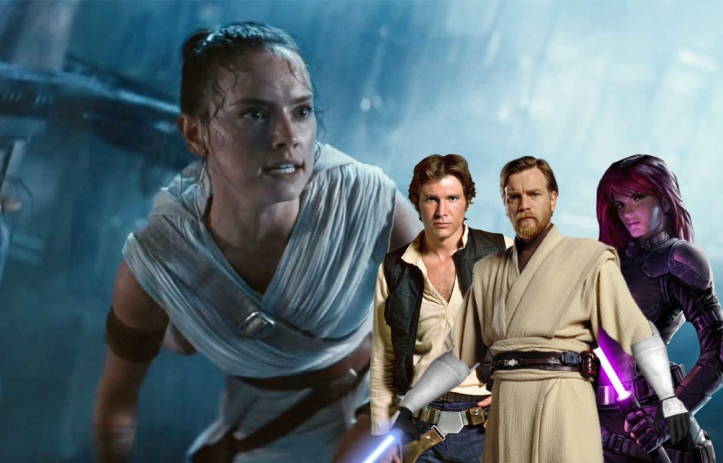 “Who are you?” “I’m no one” – Those chilling lines from that first Episode 7 trailer have always stuck with me. Episode 7 teased you that Rey’s journey would also see her search for the answer to who her parents are. From Skywalker to Kenobi, fans have been arguing what famous Star Wars family she belongs to. Then, in The Last Jedi, it was heavily implied that she was in fact “no one”. I loved that ‘who are Rey’s parents?’ turned out to be so anticlimactic and that there was no epic reveal. She doesn’t need it! We don’t need her to be a descendant of an established or popular character.

BUT, despite all of this, I can’t help shake the idea that they are going to back-peddle on this and say that she is actually related to X or Y. I really hope I’m wrong though…

The Death of Kylo Ren

It’s happening, it’s inevitable. He’s going to follow the Vader arc and end up sacrificing himself to save the day. It’s Hollywood 101. But I actually DON’T want this to happen. I genuinely really like Kylo and will continue to argue that he’s a complex character and not just an emo-tweenie with a lightsaber. As this is the last in the series we still have lots of questions that need answering and I think that, for the most part, we’ll get them. But I just don’t want any of the answers to come in the form of his death. Change it up and subvert our expectations, give us a different type of ending! 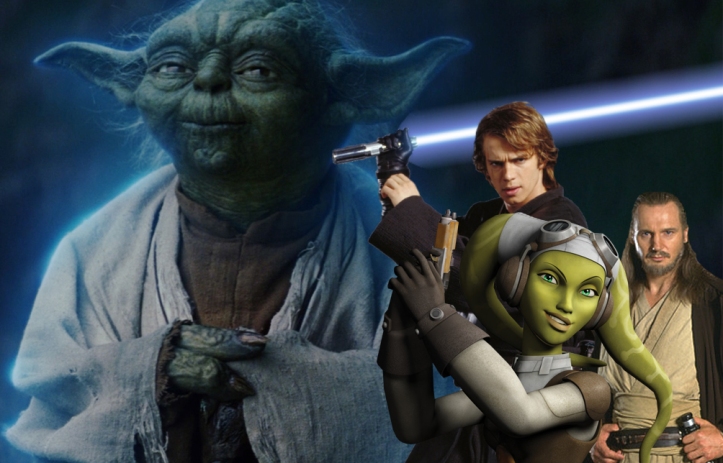 I want to be surprised. When I was sat in the cinema watching The Last Jedi and Master Yoda popped up, my tiny little mind was well and truly blown! I could not believe it! I genuinely had no idea that he was going to be in it! I cannot begin to describe how much emotion and joy I felt at that moment. So when thinking about the final ‘Skywalker Saga’ movie, I started to put together a list of characters I would love to see. But as I was writing it, It dawned on me that I was not going to be able to ever replicate that feeling I had. I was now listing characters I’d like to see, whereas before I had never entertained the thought that we’d get that type of cameo.

I do still want one secret cameo though, even if emotionally I won’t have the same heightened level of reaction as I did with Yoda’s return. Be it Anakin or Qui-gon or someone from one of the TV shows like Hera from Rebels, I just think it would be nice to see a familiar face one last time!

If you’re saying “Who?” right now. Google him, come back and feel better for knowing more about the greatest Star Wars character of all time! OK, so this is never going to happen in a million years, especially as he is no longer in the established canon, but Kyle Katarn rocking up in some form in this film? It would easily be my greatest cinema moment of all time! What I’d give for them to put him back into the canon and use this to backdoor a series for Disney+. I want my Kyle Katarn TV show and given what they are doing with The Mandalorian right now, he’d be perfect for the small screen.

Come on Disney. DO IT!

What would you like to see in The Rise of Skywalker? What are the things you definitely don’t want to see? Let us know in the comments!