Game of Thrones is back, and from the trailers it looks like we are in for the most enthralling season yet.

They didn’t waste anytime in returning to where we left off in Season Five, and many fans waited in suspense to see what would happen next.

We were re-introduced to a lot of characters, and we also saw some characters depart for good. And while some of these deaths seemed confusing, from a logic point of view, the death and murder should hopefully have satisfied those Game of Thrones fans who crave ‘blood and boobs’ in every episode.

With so many characters sandwiched in to this first episode, the pacing had to be spot on to ensure the show did not suffer. They did a good job overall and the show seemed to move along with reasonable fluidity. And they still have more main characters to return! It could be that next week, these characters get their turn at being re-introduced. But whatever they do, it’s clear they have a lot of characters and a lot of stories to try and fit in to ten episodes. Let’s hope this doesn’t become a problem.

In this first episode of Season Six, they clearly wanted to set up a large number of the stories they want to tell this season. From Sansa’s transformation from victim to leader, to Daenerys’ fall from power to her inevitable dragon conquering return.
It was also interesting that, the majority, of stories set up in this first episode focused on the female characters. It could be a very female centric season. All Men Must Die, All Women Will Rise… 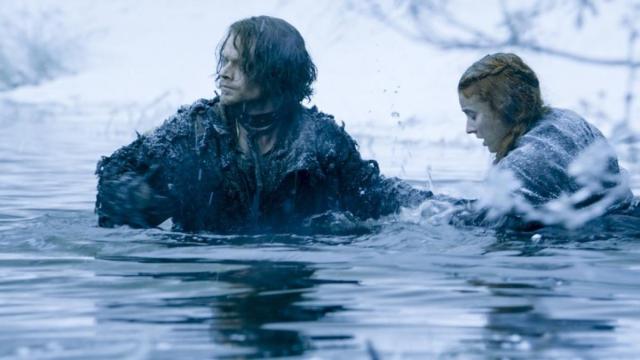 There was a lot of ‘ascension’ style story arc seeds planted for Sansa, Cersei, Daenerys, Arya, and to a lesser extent, the Sand Snakes. Looking at what we saw in this first episode, the stories with the most potential are Sansa’s & Cersei’s.

Sansa has been a victim in every season so far, and we’ve waited and waited for her to take that Stark name and show us what it truly means. From the trailers we’ve seen her wearing Stark clothing, and with the inferred battle with the Boltons, we might finally see Sansa as a true leader of the north.

Cersei is now also on the up. While she has been an antagonist throughout the show, last season’s ‘shaming’ and arrival of her new un-dead protector makes her a very intriguing character to watch this season. Her family have suffered loss, but now that she has Jaime back at her side, she can begin to plot her family’s revenge on all those who have wronged her and her kin. You can expect plenty of blood to follow.

With Daenerys and Arya almost starting from scratch again, it will be interesting to watch their journeys unfold also. There is plenty of room to tell some really interesting stories with these two characters. Daenerys has been on the up for too long, it would be a refreshing change of pace to see her character have to suffer again. But don’t worry, she will be back on top soon enough.

The one story that is already standing out, in a negative way, focuses on Ellaria and the Sand Snakes. Last season, the Dorne arc was the weakest story in the show, and already after one episode it’s not started great. So far what they are doing makes little sense, and it is not being executed in a compelling enough way to make you want to invest in the story. This is one story they need to improve, and improve it quickly. Or just kill them all off in the next episode.

While most of the focus was on the female characters, a special mention has to go to Reek, or the slowly returning Theon.
Yes he had that really bad patch where we all hated him, but after suffering so much at the hands of Ramsay Bolton, hopefully this season we say goodbye to Reek for good, and welcome back a compassionate Theon Greyjoy. Given that the Greyjoys are set for a larger role this season, hopefully this just further confirms Theon’s re-transformation.

Jon Snow’s story was used as a book end for the many other story arcs started in this episode. This makes perfect sense from a storytelling point of view, as they wanted to focus on setting up the women of the show, and their compelling stories. Having Jon Snow return at the end of the episode would take all the attention away from the other characters.
Whether its next week or half way through the season, when he does return it will be worth it. But for now there is no harm in allowing other stories to take shape.

Speaking of Jon Snow’s inevitable return, we have to mention the final scene with Melisandre. First of all, she loves getting her boobs out. Secondly, props goes out to the makeup department. But also, please, don’t do that again.
Also, there was a scene in Season 2 were she was in the bath and not wearing the necklace. If it is indeed the necklace that hides her true form, then what happened there? Just a basic continuity error? It’s not that much of a big deal, it was just a little too noticeable that had us thinking about that rather than the fact she looks like a Hagraven from Skyrim. 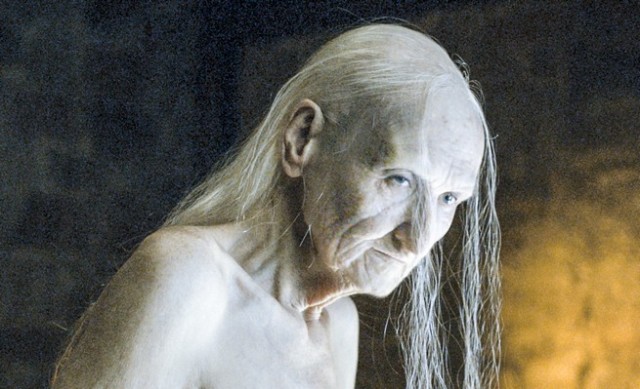 Overall, it was a decent return to a show that always ends on a high, and restarts the following season a little slow. Game of Thrones fans will know by now that the show likes to build up each week until coming to a head in the final episode. Because of the Jon Snow cliff-hanger last season, people’s criticism of this episode may stem from wanting an immediate continuation of that particular story or level of drama.

What did you think of the Season Six opener? Leave your comments below.