First of all, this review may seem to highlight more negatives than positives, but do not let that deter you from seeing it. X-Men: Apocalypse is in no way a bad movie, in fact it’s a good movie that has some of the greatest X-Men moments in the entire franchise. But at the same time if we were to rank the new trilogy in order of preference, the third movie would also be third in that list.

The story was solid enough, but at times the pacing felt a little too slow. For example, when Apocalypse was recruiting his horsemen, you felt like you were watching the same scene and hearing the same dialogue over and over. You probably could have saved ten minutes or more from these scenes and used that time elsewhere. Which might have been better, given some of the plot holes and half-finished character development. They also managed to rehash backstories from previous films that felt unnecessary and a misuse of time. 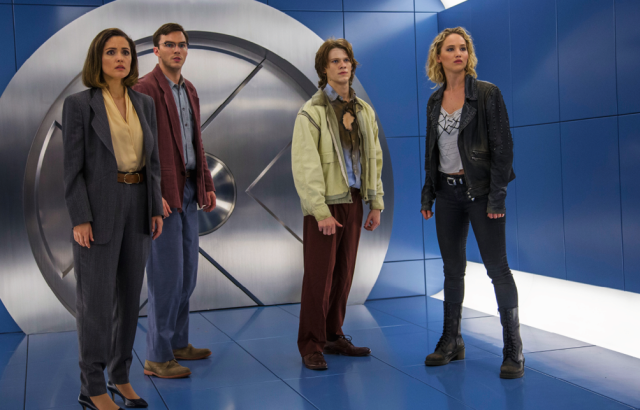 Visually the film had its problems as well. Some of the CGI looked really unfinished and it really stood out. Whether this is addressed before the US release or not who knows, but the poor visual FX became a bit of a distraction.
There was also no getting away from the fact that the final fight scene was very obviously done on a sound stage and with lots of green screen.
Thankfully, the one scene they did get right was the one that stole the entire film. Quicksilver has another slow-motion sequence, and it was even better than the one he had on Days of Future Past. Visually it looked great, and the song choice was perfect. Like really perfect!

Again they seem to struggle with the outfits. While they do try rectify it in the closing scene, the time has come for them to really address the look of the X-Men. Fans aren’t asking for the super bright colours, but Singer’s reluctance to move away from generic black outfits is starting to become a bit of a minor issue. At least there was a splash of colour in Matthew Vaughn’s X-Men First Class. 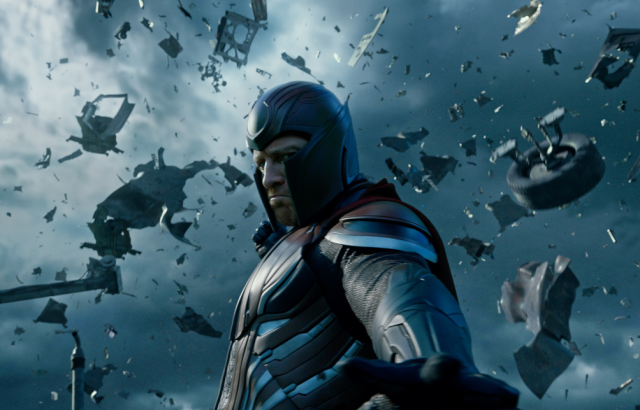 Now we come to the performances of the actors.

It goes without saying that Fassbender and Mcavoy were at their very best. They put in some brilliant performances. They both had their funny and emotional moments, Fassbender had one scene in particular that held your attention. You’ll know it when you see it. Even when their dialogue seemed a little flat, they helped elevate it through their acting talent.
You do get the feeling though that they have ran out of ideas for Magneto. His role in this film was a mixture of the previous two films, and it may be time to go in a different direction with the character in the future.

A lot was made about Jennifer Lawrence’s performance in this movie. The early press screenings did not paint her in the best light. And while we love her, and want to say the critics were wrong. We can’t.
While she had a few good moments, the performance on the whole was very out of sorts. She really was ‘phoning it in’. Hopefully she can recharge herself for the role before she next returns, but it wasn’t her best outing as Mystique.

Out of all of the returning cast, it was Evan Peters that really had the potential for the most compelling story. He knows Magneto is his father, and while they tease the subject at points throughout the film, they never execute that final play. Saving that for a future film is fine though, as it will only make the payoff even more satisfying.

In terms of the new cast, Olivia Munn’s Psylocke had very little to do in this film, not quite as bad as Captain Phasma in Star Wars: The Force Awakens, but it came close. Just like Phasma, a lot of the advertising focused on her, and given her powers in the comics you were expecting so much more from her. The same goes for Archangel, who was another character who was never given the time to really live up to their potential.
The only hope is that going forward they can try and do a lot more with Psylocke, because this was a rather damp squib of an introduction.

Out of all the new characters, in terms of the horsemen, it was Storm who stood out the most. And while she didn’t have that much to do in the end, we at least got a satisfying origin story that was really thought out, and by the end of the film was consistent and made sense to where her character ends up.

Oscar Isaac’s performance was similar to that of McAvoy and Fassbender’s, with the performance outshining the source material. While his character started off strong, by the end of the film his impressiveness lost its edge, and he became a little bland and uninteresting. Again, not the actors fault.

This isn’t really a spoiler as they reveled it in the final trailer, but once again Hugh Jackman reprises his role as Wolverine. We will talk about this cameo in our spoiler breakdown, but safe to say it wasn’t what we expected. 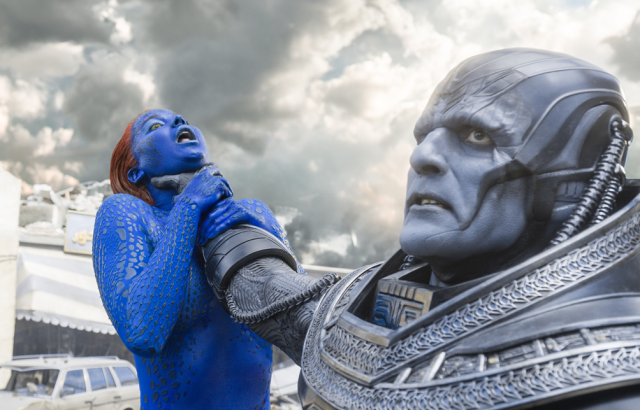 When it comes to our new X-Men, on the whole, it was an impressive first outing. They have established the new team in a classroom setting, and tried to establish a group connection that will be needed going forward.

Tye Sheridan’s Scott Summers/Cyclops had a satisfying origin story and they have planted the seeds of leadership, one of Cyclops’ best qualities in the comics. Out of all the new characters, the focus turned to him more, which makes sense given his future team leader prospects. Singer never did the character justice in the original two films, so hopefully this is him correcting that mistake.

Sophie Turner as Jean Grey feels right, and despite a few wooden moments, her interpretation of the character was good. There is a lot more to come from her, and given Turner’s recent performances in Game of Thrones, we are confident she can meet future expectations. She also takes centre stage in one scene at the end that will excite every X-Men fan. And if that is a where they want to take the story, then we are on-board! 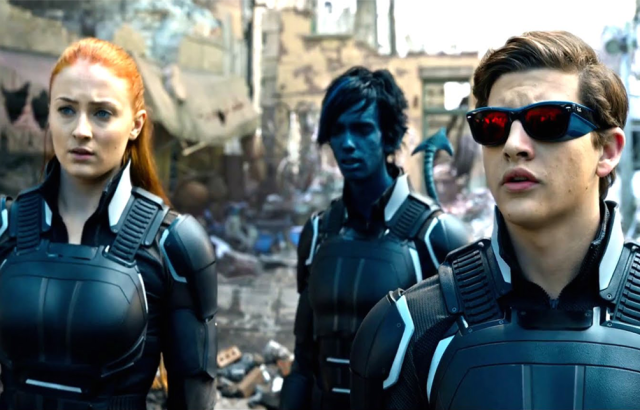 It was Kodi Smit-McPhee as Nightcrawler who really stood out among the main three. His awkward performance was really enjoyable, and it was nice to see this character back in the X-Men universe.

Going forward they have a great young cast who will be able to carry the torch for another trilogy. We are finally going to see the mutants that most of us know, be able to grow and develop in front of us. If done right, and with what they have hinted at in the film, we are in for such an exciting future with the X-Men films.

If you have read this review and want some more, our spoiler filled breakdown can be found here. In this review we talk about things in a lot more detail and explain some of the Easter eggs in the film, especially that post-credits scene.

X-Men: Apocalypse is a solid entry in to the X-Men franchise, and while it does not hit the heights of the other films in the prequel trilogy, it is an enjoyable action film that fans of the series will appreciate. If anything, this film acts as set up for the next phase of X-Men movies, and that gives us something to get excited about.