Star Wars Rebels will be returning in the Autumn with it’s 3rd season, and given how Season 2 finished, we cannot wait to get our teeth in to it!

In case you missed it, and how could you???, you can check out the trailer for Season 3 of Star Wars Rebels below. (And if you have seen it already, why not watch i again?)

All caught up? How amazing was that! Like, seriously?

So now that you’ve had the the time to process everything you have just seen, it’s time to talk about it!

We’ve taken five moments from the trailer that stood out. Tell us your best moments in the comments at the end!

We learn that some Imperial Cadets are looking to leave the Imperial Skystrike Academy and join the Rebels. One of those pilots turns out to be Wedge Antilles, who would later go on to survive both Death Star attacks as well as become legendary pilot in Rogue Squadron.

While Wedge was never a main character in the cinematic franchise, he was always an important character in the original Star Wars canon. It’s good to see his character making an appearance, and hopefully, his expert flight skills will help the Rebels in future missions this season.

Season 3 will be a big season of growth for Sabine, with her ever-evolving character taking on a new look. We also get to see her holding a black lightsaber blade which was pretty special to see.

We’ve always had hints about her past, but you can expect to see a lot more exploration into her life before joining the Ghost. It’s also safe to assume that faces from her past will appear to help start off this character exploration.

You can fully expect Sabine to have a lot of focus on her this season.

Ezra’s ongoing conflict between the light and dark side of the force is going to be put to the ultimate test this season.

Kanan and Darth Maul are out for each other, with Kanan suffering more from their last encounter. This has lead to a slight character re-design which look very impressive.

With two powerful force users, who have their own conflicts, vying for Ezra’s loyalty it’s going to be a fascinating journey to see how this all unfolds. And we have already been treated to scenes with training, holocrons and another one on one fight between Kanan and Darth Maul. 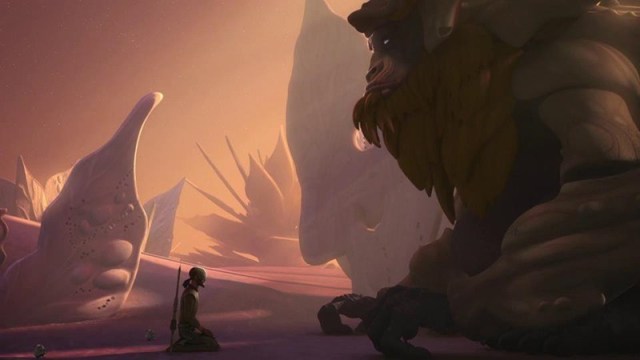 The show’s producers, writers and cast have already said that the level of force understanding will be taken to new heights this season.  The greater use of the force was touched upon in Season 2, but you can fully expect things to get a lot more crazy!

In this trailer alone we see plenty of characters struggling with conflicts, pulls and force training, and all these things will have a strong presence throughout the show.

One character that really signals the intent of the show when it comes to understanding the ways of the force is Bendu. This ancient being is a way to introduce the audience to think beyond the Jedi and The Sith, but to see the force in a totally new light. 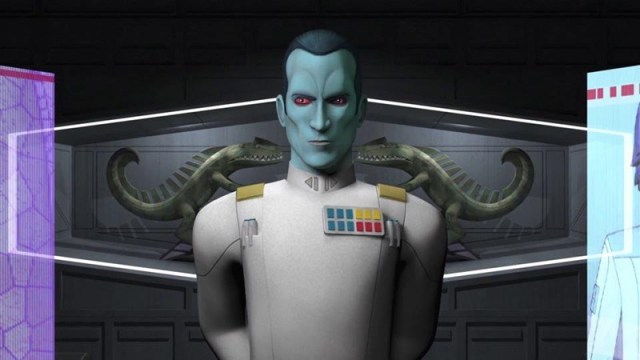 They’ve done it. They have finally done it. Out from the shadows of the books and canon comes one of the most iconic villains to avid Star Wars fans, Grand Admiral Thrawn.

The voice is perfect for the character and the nods to his canon material, see the lizards in the background, are a real treat for die-hard fans.

The Rebels will not have faced a more cunning, and tactile villain like Thrawn, and it invites the possibility that they will be on the back-foot a lot more this season. This will only make their triumphs even more satisfying and deserved, this is a great asset for the show to have.

What did you most enjoy in the trailer? What are you expecting from Season 3? Tell us in the comments below!