Well, it’ safe to say that the new contender for Worst Film of 2017 is definitely Luc Besson’s Valerian and the City of a Thousand Planets.

I cannot sit here and claim that it butchers its source material, the French comic book series Valérian and Laureline. But if that is even a 100% accurate representation of the comic, then it is one of the worst comics ever created. That’s how badly this film is and I doubt I will be able to reinforce this point enough. The last time I saw a film as bad as Valerian was the US remake of Ghost In The Shell, but that is Citizen Kane in comparison to this.

So where to start in dissecting this catastrophic sci-fi movie? 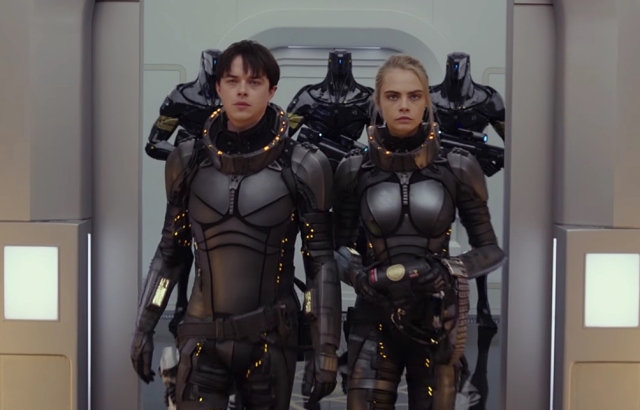 Let’s start with the story. Awful, just awful. There are so many plot holes that I lost count in the first thirty minutes of the film. It is disjointed and awkward from beginning to end. Some of the dialogue was just plain dumb and there was no fluidity with the story or pacing. I’ve seen better written SyFy channel movies than this. Luc Besson, what were you thinking?

Now onto the next big issue, the cast.

Dear lord above. Given how good Dane DeHaan was in A Cure For Wellness, I was astonished at how phoned in his performance was. If there was ever a case of doing a film for a paycheque, this was it. Very disappointing. As for Cara Delevingne, how are people still employing her as an actress? She cannot act full stop. She has the emotional range of a tea spoon. And poor individual performances aside, DeHaan and Delevingne had no chemistry and was just plain awkward.

Luc Besson is one of my all-time favourite directors. On his day he is a true visionary. But those days seemed to be left back in the 90s. From The Family to Lucy, Besson has truly lost his way. And while he will still be considered one of the best directors in recent times, this is another big flop. And not just from a potential box office point of view, he failed on a whole host of different levels with this movie. From rushed scenes to heavy reliance on some really terrible looking CGI.

Was there anything good about this film? Some of the locations were creative and the general aesthetic of the film was ok. There are sprinkles of vintage sci-fi and Besson here and there. But these are not enough to make you forget about the film’s numerous flaws. I wanted to like this.  I tried to find the good and focus less on the bad, but it just cannot be done. This was a great opportunity for Besson to deliver, but sadly he falls short once again.

Valerian and the City of a Thousand Planets suffers from a badly written script, terrible acting and over reliance on mediocre CGI. The film is uninteresting and at times very boring. A few nice little sci-fi creature and set designs were buried under all of the negatives.