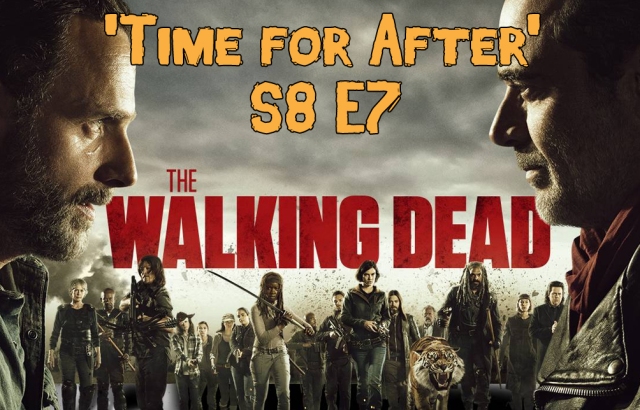 As we approach the mid-season finale, we were treated to yet another brilliant episode of The Walking Dead.

This week’s MVP was Josh McDermitt. He elevated the episode from good to great with his tremendous performance. Eugene has always been the comedy relief character. He looks funny, he talks funny. Since being taken by The Saviors, a lot of people have the notion that he will just turn allegiances again because it’s the smart thing to do. And he always does the smart thing. But I’m not so sure, I don’t think he is bluffing when he proclaims “I am Negan” to Dwight. When the zombies broke through at the end of the episode, something broke inside of Eugene, and thanks to McDermitt’s brilliant facial acting, he was able to convey a range of conflicting emotions to hammer that point home. In just one episode they were able to give Eugene a big push in terms of his character development. But it wasn’t just his solo performance that made the episode.

Eugene had some key character interactions flittered throughout the episode. He had an intense one-on-one with Negan, a dramatic conversation with Gabriel and a near-death conflict with Dwight. With every scene, there was an escalation, but it was the rooftop scene with Dwight that was the most exhilarating. For a split second I genuinely thought Dwight was going to shoot him, but then my senses kicked back in and knew that there was still so much more story to tell with these two characters. It was a great scene, and while not confirmed, Eugene was definitely still recording as Dwight spoke about being the traitor. What Eugene does with the tape now could have dramatic consequences. 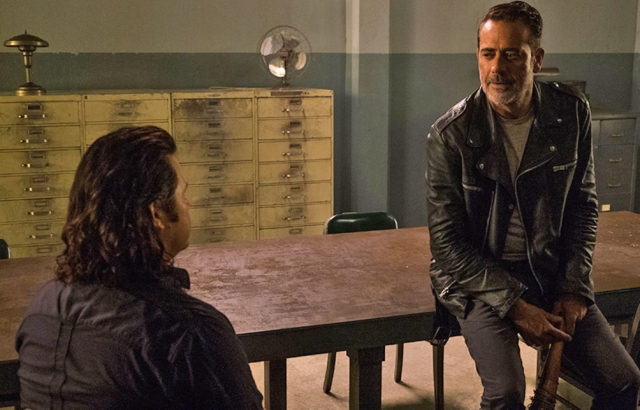 Daryl, Daryl, Daryl. What have you done? You as well Tara, sort yourselves out! This un-dynamic duo continues to go against the plan and push their characters further into the ‘dislike’ zone. But of course, their infuriating actions create good plot potential so we can forgive them for their stupidity. I’m not sure ploughing the garbage truck into the Savior’s HQ and allowing the Zombies to filter in was the best course of action. We know that the workers inside are just trying to survive and haven’t killed others. But Daryl and Tara have sentenced them to death and played right into the hands of Negan. It will turn the workers into fighters, replenishing the Savoir numbers. Daryl is starting to go beyond anti-hero with his actions, and Tara is just becoming annoying. With no real potential room for a redemption arc, could both of these characters be heading for the exit? It would be a massive move to remove Norman Reedus from The Walking Dead. And given that the ratings in the US have declined, I don’t think they could afford to lose his die-hard fans. But imagine Rick with a Dale-esque “Sorry Brother” scene with Daryl? That would be crazy.

Back at the Scavenger’s stronghold, Jadis and Co continue to be creepy as f*ck, this time taking photos of Rick semi-naked with a sketch artist doing his best, I’m sure, to catch Rick’s likeness in all his bearded glory. It was another Rick/Scavenger bookend, with Rick finally managing to get the Scavenger’s onboard after defeating their latest undead champion. While the scavengers are the least engaging out of all the groups, Rick holding Jadis’ head near the biting zombie head was a great moment. Rick is such a bad ass. It also provided a little comic relief when Rick was negotiating for his clothes.

Away from the stories and characters, the cinematography was on point this episode. Inside the Savior compound, we had the stunningly framed shot with Gabriel in bed, Eugene sat by his side and the light coming through the window. God’s grace shining down on Gabriel? Sublime imagery. Rick’s interactions with the Scavengers during the zombie fight was also well shot and it also appeared to be a homage to the Governor’s pit fights.

All season long, the Saviors have been on the losing end of the skirmishes, but after Daryl and Tara’s actions, I think the tide is about to turn. Innocent Savior workers would have been killed in that assault. I’ve said week-in-week-out that Rick and Jesus’ way of winning ‘hearts and minds’ is the only solution. Rick has already proved that by getting the Scavengers onboard. The second half of this season is set up nicely for the Saviors to take back a lot of ground, and I fully expect at least one big character death this season. With one or two secondary characters also biting the dust. Bring on the mid-season finale!

A great episode for character and story development mixed with well-executed action and pleasing cinematography. Eugene took centre stage and looks set to be a key player in the war going forward. Everything is set up nicely for a fantastic mid-season finale episode next week. Let’s hope they deliver.