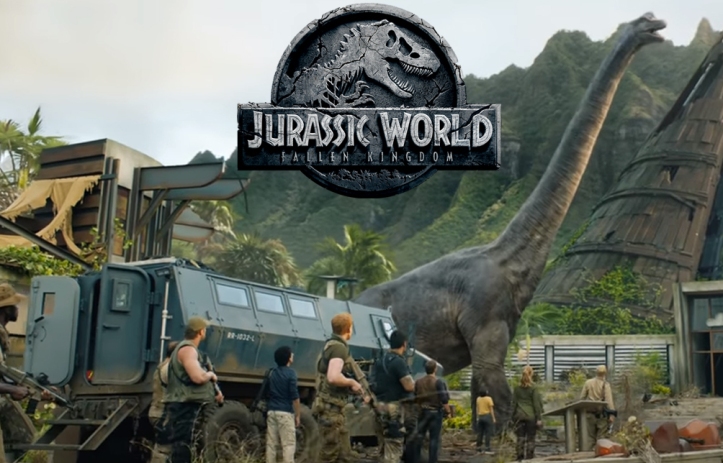 The release of the first trailer for Jurassic World: Fallen Kingdom seems to have split opinion. Some love it, some think it looks stupid.

It’s the first trailer, it’s not going to go into heavy detail about the story in full. We’ve seen a few shots from the film with the main focus of the trailer being the chase scene with the volcano. It didn’t blow me away (no pun intended), but my excitement has already been raised thanks to the recently released behind-the-scenes video they put out. Anyone with doubts about this film will probably come around when the story trailer is released next year. The seeds they planted in Jurassic World with wanting to weaponise the dinosaurs WILL come into play. We’ve yet to see Toby Jones, B.D. Wong or James Cromwell. I mean if Toby Jones is the main villain then you know he’s going to kill it in this movie. All I’m saying is, I wouldn’t write this film off yet.

For me, this trailer did enough to satisfy me. You gave me a T-Rex and hints of claustrophobic horror to come in the final act. It wasn’t a jaw-dropping trailer by any stretch of the imagination, but come on, dinosaurs and Jeff Goldblum! That’s a winning trailer combination right there! On a final note, before we go into the breakdown, I just want to mention how good the CGI looks, even at this stage. Good job!

As always we pick out the TOP 5 moments that stood out the most. 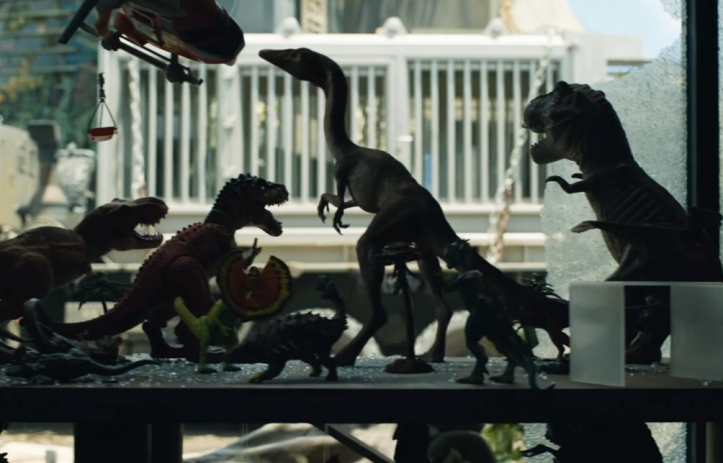 Why pick this? Because It was a nice subtle scene that helped to ease you into the trailer. It was also very visually pleasing, with the contrast of the toys and the dinosaur. It indicates the type of humour that will be in the film and it seems to mimic that of the previous film. Amongst the action and the horror elements of a ‘Jurassic’ movie, you need those moments of humour to balance out the film. 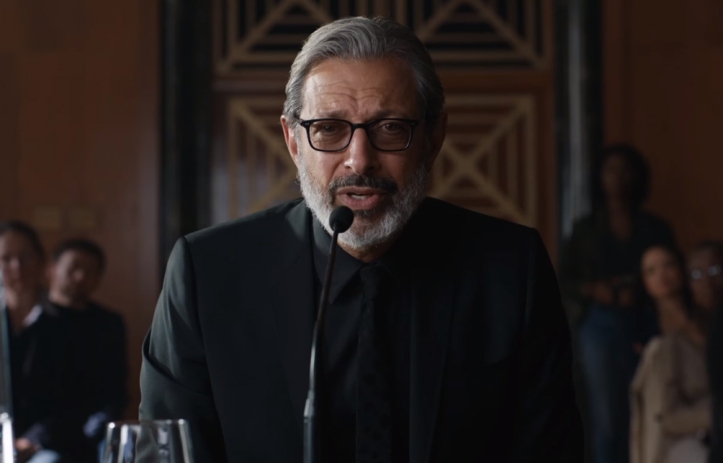 While I don’t expect to hear that famous laugh, just to have Dr. Ian Malcolm back in the franchise is enough for me. His role is going to be minor, and it may just be that one scene with the public hearings. But I’m sure it will be a really satisfying moment to see Jeff Goldblum in a Jurassic Park movie. He seems to be very serious with his dialogue as they play it over the top of the action, and I’m sure some will want Malcolm to bring the funny. But if you re-watch the first two films, Malcolm does have a lot of serious moments, so it’s not that out of character.

Looks like they get some dinos off the island then!

I think whilst this first trailer focused a lot on one scene on the island, the eruption is not going to be the closing act. It might just be the confined space of the expedition boat where the horror elements may come into play. J. A. Bayona is an exceptional director, and he will be able to craft a lot of intense moments on that boat with a rogue dino or two. Do InGen board the boat and set one free? Or is there already an InGen spy amongst the rescue team? With the weaponising of dinosaurs established in Jurassic World, I fully expect these ‘rescued’ dinosaurs to end up in InGen hands.

As cute as it was to see a flashback of Blue as a baby dino, it was even better to see Owen and Blue reunited in more familiar surroundings. Their relationship went through a few different stages in Jurassic World so it will be interesting to see how much of that bond remains. While they teased that it might not be so straightforward, I fully expect Blue to be by Owen’s side once again. Oh and props to the throwback of the up-turned Explorer in the background.

Nan nan naa naa naaaaa nan nan naa naa naaaaa… Sorry, I can’t help but break into some John Willaims whenever I see Rexy posing like that. The iconic T-Rex roar was made famous in  Jurassic Park and was used to perfection at the very end of Jurassic World. So why is it given away here in the trailer? Mainly, I think, because we’ve had that moment in the previous film, so the new film can focus on creating new moments. It was a great moment for the trailer to have, It was a big event, but I’ve had that emotional payoff already in the previous film so they don’t need to try and create ‘that scene’ again.

Though I will say now, if Rexy dies in this movie, it loses one star from the rating immediately. I just love T-Rexes so much. Apart from the one from The Lost World, that T-Rex can go to dino hell.

So that’s our review of the first full trailer for Jurassic World: Fallen Kingdom. It didn’t blow me away, but I’m a fan of the franchise so excited for the film regardless. I have confidence in the director and I’m sure the second trailer will fill in a lot of the story elements.

What did you think of the trailer? Let us know in the comments.