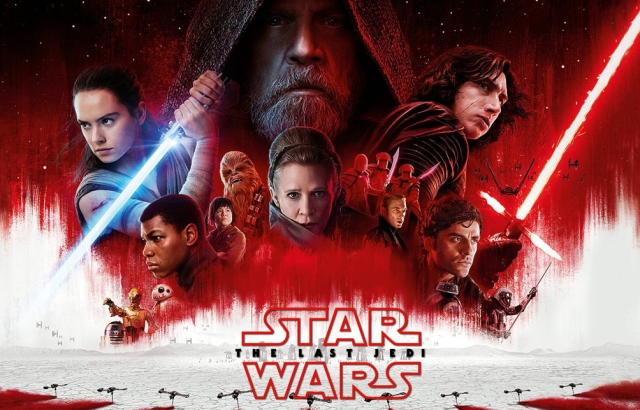 It gets me every time. I’m sat in the cinema, waiting for that first note of the Star Wars theme to hit. I wait for to see that big, beautiful yellow logo appear on the screen. A wave of emotion hits me, a tear forms and my excitement hits lightspeed. Then the realisation sets in, I’m about to watch NEW Star Wars.

The Last Jedi wastes little time getting warmed up, you are thrown straight in at the deep end and witness, what is probably one of the greatest scenes in Star Wars history. It delivers on numerous levels, it’s exciting, it’s intense, it’s funny and it’s overwhelmingly emotional. I could gush about this opening act for hours. This opening scene is just the first of many truly exceptional moments in the movie. The film draws inspiration from classic World War II films, not just in terms of strategy and design, but also appears in the ethos of the Resistance in general. Something that was lacking in the first film. There was also a heavy influence of Akira Kurosawa in this movie, which made for a very visually pleasing viewing experience. The story was expansive, yet contained, we go everywhere, but nowhere.  It is only down to the brilliance of Rian Johnson that this remarkable feat is achieved. 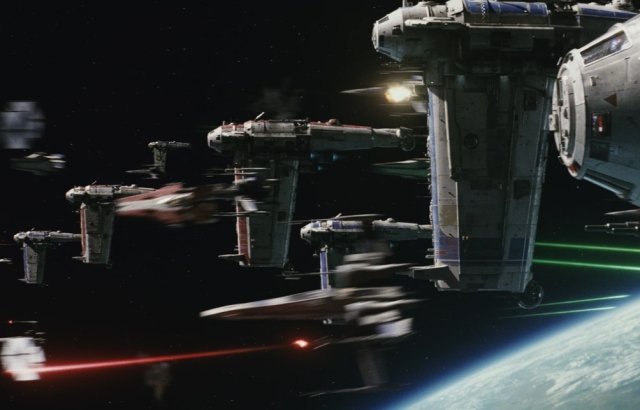 Speaking of Johnson, not only does he create stunning imagery and craft outstanding action sequences, but he blows the Star Wars mythology wide open. He brings concepts to the table that you cannot even begin to imagine. But at the same time, he still keeps it connected with the established canon. For some, this Star Wars movie may not sit well with them. It pushes new ideas, it course corrects itself towards a new, unknown direction. I love Star Wars, I love the old trilogy of movies, but I welcome this notion of new concepts with open arms.

So much respect and homage to the classic trilogy is paid in this movie, as it was in The Force Awakens. You see mirroring scenes from a various previous Star Wars movies, both from the old and new trilogies. But there is life in the galaxy beyond the Skywalkers and Solos. While I won’t discuss it here, the film’s final scene was the most meaningful final shot that has ever been seen in a Star Wars movie. It indicates the future of the franchise, change is happening and it will inspire a new generation of fans for years to come. 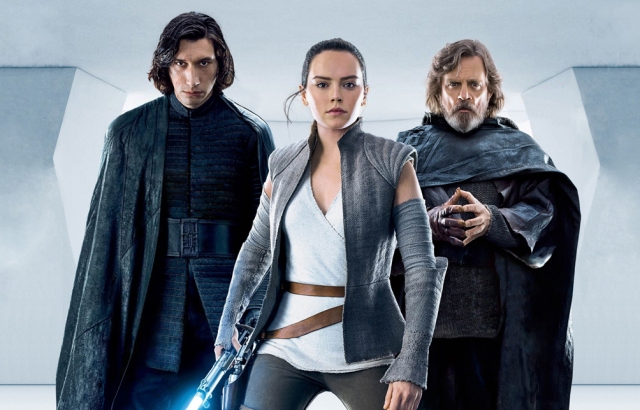 As for the cast? There were some truly outstanding performers in this movie. The standout star, for me, was Adam Driver. He has taken Kylo’s character from strength-to-strength and created probably one of my favourite all-time Star Wars characters. He’s unbelievably complex, he’s emotional, unpredictable and the power that he shows at times is truly frightening.

What about Rey? This is a tricky one, and I have my own theory that I will put out there in our spoiler article. But for me, they have greatly depowered her a lot in this movie. And part of me is happy with this. I like her as a character. I also love the influence she has had on young girls and boys who want to be like her. But her “can do everything exceptionally well” brief in The Force Awakens made her a little less engaging as a character. Daisy Ridley did not have as much screen time as I would have thought, again helping me shape my theory, but what she is given to do, she excels. She brings an emotive level to her performance that was missing from her character in the previous film. The strongest aspect of her character though was her interactions with Kylo, these two have such an intriguing and mysterious on-screen connection. It’s tantalising to watch. 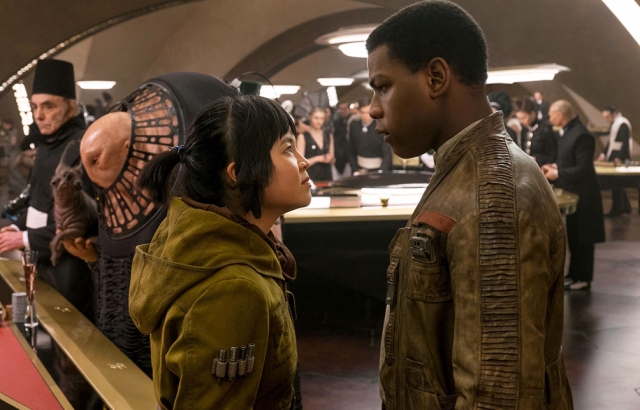 In terms of the new characters, Kelly Marie Tran’s debut outing as Rose Tico was simply faultless. Her character was so grounded, so funny and her story arc was simply majestic. While the character itself was perfect, and that should always be the focus, to have a female Asian character have such a meaningful role in a major film franchise is such a positive step. And on a quick side note, the inclusion and diversity of characters in this movie were excellent. No tokenism, just a wide range of humanity on both sides of the fight. Other franchises please take note. Anyway, back to the characters!

Oscar Isaac is given much more to do in this film, and it’s about damn time. His own journey in the film is well executed and gives Poe Dameron much-needed character padding. Though I was disappointed that they appear to have abandoned a concept of his character that Isaac has been pushing himself since The Force Awakens. As for John Boyega, he has great chemistry with Kelly Marie Tran and the duo play off each other nicely. Finn has his moments, but in the end, I find myself engaging with his character less and less. 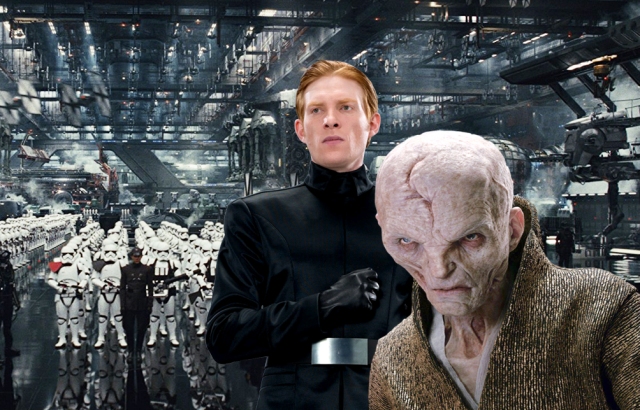 Andy Serkis (Snoke) and Domhnall Gleeson (Hux) were outstanding in their respective roles. I cannot help but enjoy the General Hux character, he’s a weasel, but it’s presented in such a fantastic way that he is definitely one of my favourite new characters. Serkis was, as ever, fantastic and his voice work here once again proves that he is the master of inflection. Laura Dern (Vice Admiral Holdo) was a character with an interesting journey, I started off disliking the character, but that was the point. While I won’t spoil it, her impact on the story was game-changing. As for Benicio del Toro’s DJ, he was interesting enough but very underused.

So far with the characters, it’s all been about the new. But what about the legacy characters? I was fully aware that I was watching Carrie Fisher for the last time. It was a surreal experience. It brought an extra element to it, it made it so much more real. But talk about a way to sign off. She was simply fantastic. This was a fitting farewell performance, she was given so much story and screen time, allowing her to show all the traits of why she will always be our Princess, our General and our Carrie. Please stay for the credits. The cinema is keeping the lights off for reason. Ok, so this is where it gets difficult because she is an idol of mine and a character and person I care for so much. As great as Leia was here, there is one scene that was very awkward and I thought it was a mistake to execute the scene in this way. 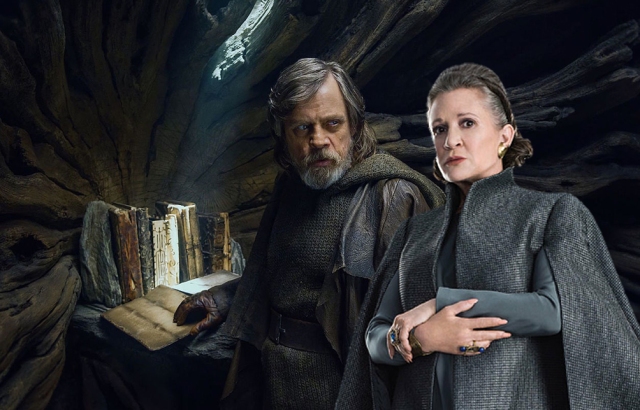 As for Mark Hamill, he was probably behind Adam Driver in second place in terms of MVPs of the movie. He was just outstanding. He was so funny, so reluctant, so misguided and so Luke Skywalker. I think the handling of his story and character may be a divisive issue, but for me, I really enjoyed everything about what they did with him. Everything made sense, and he was heavily involved in a lot of the film’s greatest moments. I want to talk about so many things in regards to Luke, and it’s a struggle to keep this spoiler free, but it’s a performance that you need to see to really appreciate.

So great filmmaking, great characters, great story. Shall we dive into the negatives?

There is no such thing as the perfect movie, I love The Empire Strikes Back and The Dark Knight, but there are things I’d cut and change in even those movies. There are a handful of things I would have changed, both in terms of character storylines and in certain scenes. There were one of two odd editorial choices and at times a little too much happening, with a few things getting no resolution whatsoever. 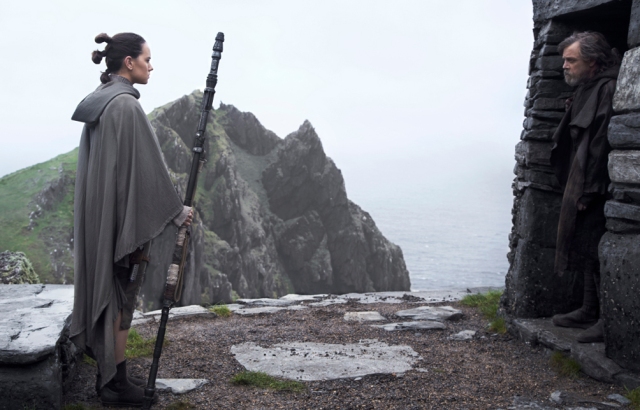 But all these little niggles are insignificant next to the power of the Force, no, sorry, I mean are insignificant in regards to the mishandling of a certain character. I will go into full rant mode in the spoiler talk review, but I really, really disliked it. I’ve invested my time in this character, both in The Force Awakens and other mediums based on this character.  I was left feeling really deflated about their influence on the film, with one scene, in particular, causing the main source of my frustration. As much as I loved Thor: Ragnarok, there was character botches there that left me reeling. The same can be applied here, loved the film but at the same time annoyed. But even my extreme dislike for this particular choice, the movie ploughs on towards greatness.

Where would I rank this Star Wars movie? After I was out of the screening I tried to place it, but it was all still too fresh. I was overloaded with thoughts and emotions. Now that I’ve had a chance to sleep on it, and though it may change in a week or so, I think I can at least pencil it in on my list. Never has a Star Wars film come this close to knocking The Empire Strikes Back off the top spot as The Last Jedi has. So, for now, I would place it as my second favourite Star Wars film of all time. 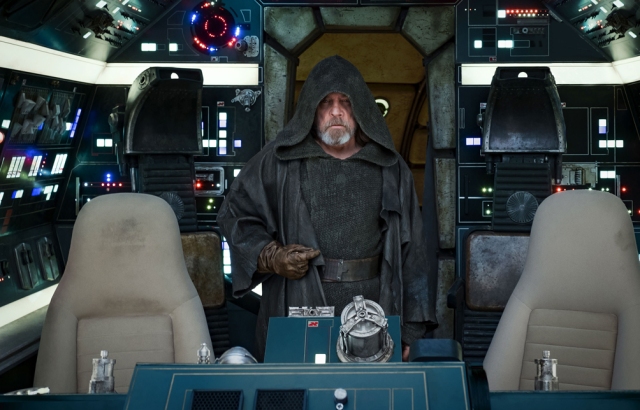 And, if you are interested, here are my rankings as it stands:

Star Wars: The Last Jedi is a visually stunning movie. Its outstanding action set-pieces are complemented with humour and drama of the highest calibre. Every moment is earned. While there were things that could have been cut, re-shot or changed, the film’s issues never come close to derailing the movie from its journey towards greatness. Star Wars: The Last Jedi is an exceptional movie, crafted with love, shot with artistic elegance and contains character performances that will stand the test of time.