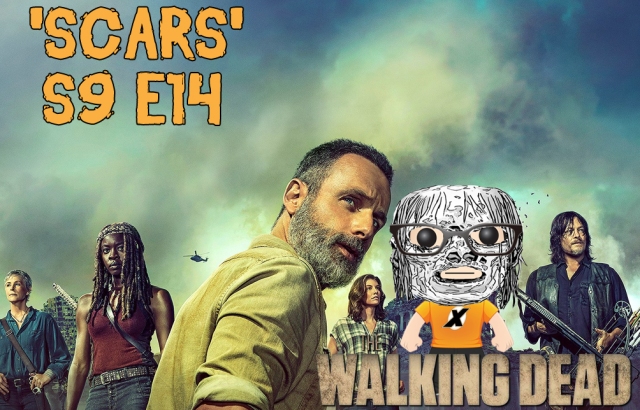 This was probably one of the most brutal and emotive episodes in the show’s history.

While ‘Scars’ had some disturbing and shocking moments, the focus should not be taken away from the quality of writing and performances. Whether it be Michonne and Negan or Judith and Michonne, some of these interactions were simply astonishing.

I have talked previously about how over-stuffed episodes fail to deliver on The Walking Dead, so it’s good to see them, yet again, revert to a more focused and streamlined episode. The episode revolves around two connecting storylines, one in the present, which helps move the current story along, and one in the past, which finally sheds some light on a big issue. What the hell happened to Michonne?

I have been very frustrated with her, as a character, all season. Even more so in the last 4-5 episodes. I think they probably should have revealed the reasons sooner, but I’m thankful that they have finally shown us what happened to her, to make her so cold and no longer willing to trust people. 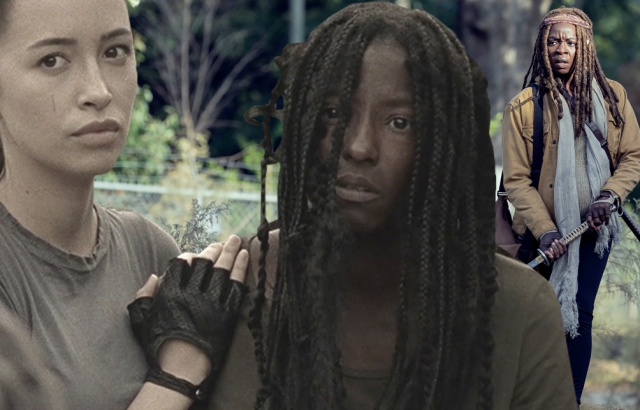 The episode begins shortly after Rick blew up the bridge. Daryl tells Michonne he’s planning on removing himself from the group and Michonne finds Rick’s hand cannon. Back at Alexandria they find a wanderer, who turns out to be a friend from Michonne’s past. Now, this was my only issue with this episode. Seriously, what are the chances? I feel they could have had this story and still reached the same goal without the need to have ‘a long lost friend’ rocking up. They treat her wounds and then go out looking for the rest of the group. Turns out it’s a load of children. At this point, alarm bells were going off in my head. This didn’t feel right. The group returns to Alexendria, but the next day the kids are missing, including little Judith. The storeroom has been emptied and the guard is dead. All clues lead to the sewers. Michonne and Daryl set out to investigate.

Turns out I was right to be suspicious of these kids as they are full-blown psychos, brainwashed by Michonne’s ‘friend’ Jocelyn. Daryl and Michonne are captured and tortured. This was hard to watch, and they even branded them both. So now we know where those scars came from! 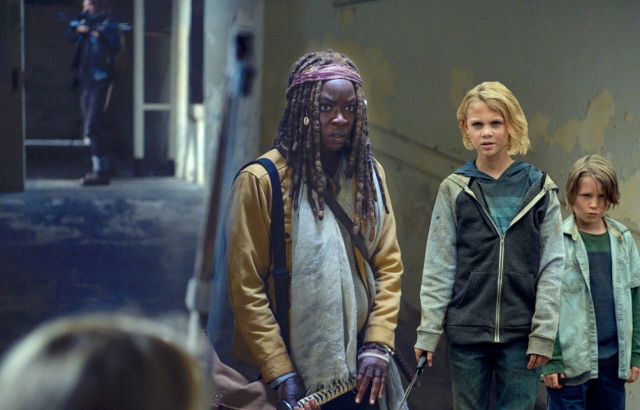 The pair manage to escape, but with an army of kids to fight, this wasn’t going to be straightforward. In one uncomfortable scene, Michonne gets her baby bump slashed. This set the tone for what was about to follow. Michonne kills Jocelyn without hesitation. But is soon surrounded by the rest of the children. What happens next is both brutal and beautiful in equal measure. The kids charge at her, with the intent to kill, leaving her with no choice. She swings her blade at one child and it cuts to the present where we find her slicing down walkers. This is a visual representation to her slaying all of the children without showing it. The scene continued to play out perfectly. You didn’t need to see the massacre to feel the weight of the scene. It was very powerful. But now we understand the reasons why she is the way she is. She was betrayed by someone she was close to, and the result leads her to kill a load of children. We needed this episode a lot sooner than we got it, but I’m satisfied with the reasons why Michonne has been so off it since the time-jump.

While the confrontation with the children will grab all the headlines, I don’t think you can understate how brilliant other aspects of the episode were. Especially when it came to character interactions. These were all Michonne-centric scenes, and while she has frustrated me this season, there is no questioning Danai Gurira’s acting ability. She was simply astonishing in this episode. The first of these amazing dialogues came with Negan. These two actors have great chemistry and Negan ends up in total control of the scene. Michonne uses the ‘ace up her sleeve’, by stating that Judith doesn’t know the real Negan. She doesn’t know about Glenn and Abraham. Wrong. Negan confirms she knows everything. He even mentions that Judith is very much on-board with Carls vision and sees Negan as a part of that future. This triggers Michonne in an emotional, and aggressive way. It was an intense scene and you could not look away. Please, please do more with Negan! 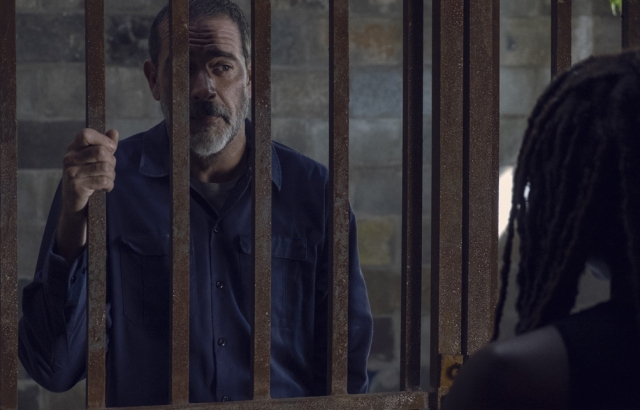 The final interaction came at the very end when she sits down to clear the air with Judith. Judith has been this little bad-ass character, with the fun quippy dialogue here and there. As she has been used so sparingly in this way, it made what happens next so amazing. Cailey Fleming has a big future ahead of her if this scene was anything to go by. It was a captivating showing for such a young performer. She speaks with wisdom beyond her years, Rick would be proud. As would Carl, and as is Michonne, who finally breaks down that barrier that she put up. She’s ready to trust again and move forward. It’s about time! We need the old Michonne back. They set off for The Kingdom with the rest of the group. However, that feelgood factor was not to last, as two Whisperers appear from the bushes ready to report back to Alpha. You just know the season finale is going to be a massive showdown at The Kingdom.

Overall, this was a great episode of The Walking Dead. It was dark, harrowing and intense. We finally have a satisfactory reason behind Michonne’s frustrating positioning this season. Though I cannot help but feel this should have been aired much closer to the show returning after the break. Danai Gurira, Cailey Fleming and Jeffrey Dean Morgan were simply amazing throughout the episode. With Michonne’s issues now cleared up, and time running out in Season 9, they need to follow this up with Negan. The clock is ticking. Don’t waste him.